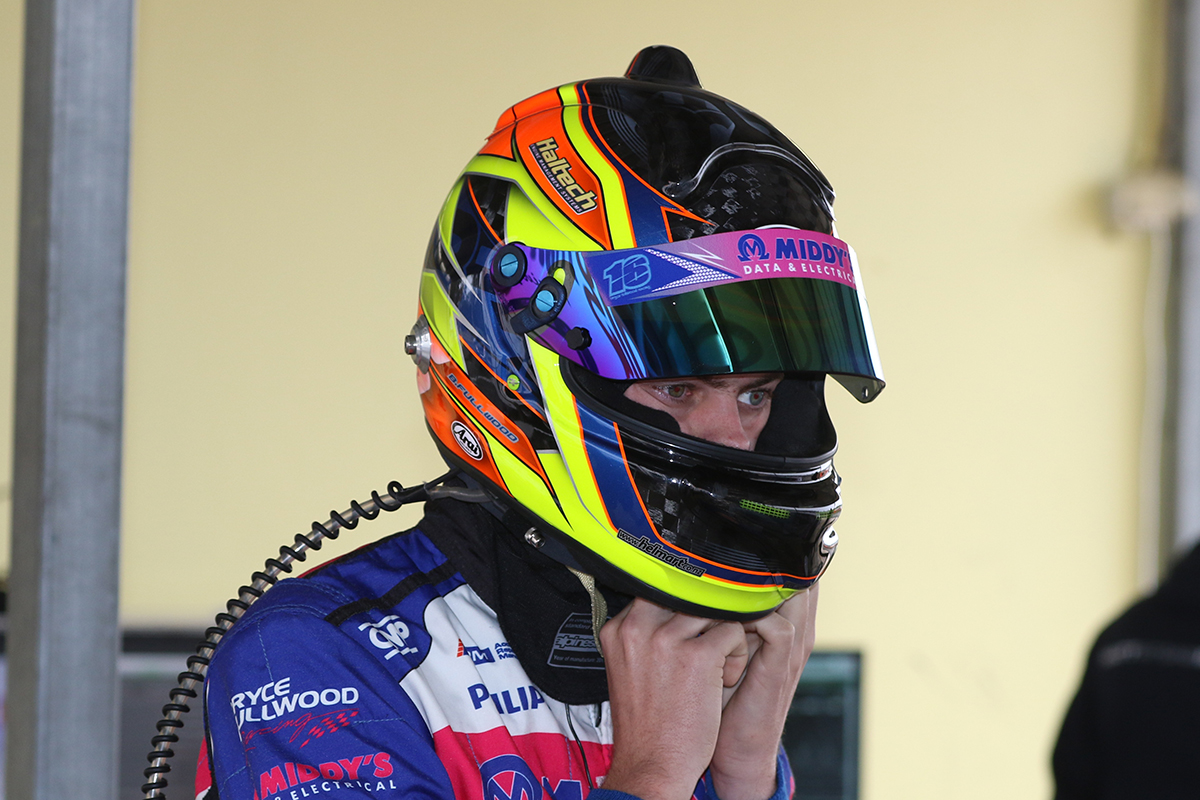 Hazelwood moved to main game this year with MSR, which Fullwood joined for Super2; both drivers in newly-purchased ex-DJR Team Penske Falcons.

After three rounds with the Falcon, Fullwood sits 13th in the points, with a best race result of 10th at the series opener in Adelaide.

As MSR opts to focus on understanding Hazelwood’s Falcon, Fullwood will steer its Triple Eight-built Commodore.

Tyler Greenbury contested the first two rounds of 2018 in the VF, then Jaie Robson at Barbagallo Raceway as part of MSR’s tie-up with the Aussie Driver Search program.

Fullwood spoke to Supercars.com ahead of this weekend's Watpac Townsville 400 about the switch.

How you feeling ahead of this weekend’s round?

I'm feeling very optimistic. As you can tell it has been a very tough season for us in the Falcon.

We all hoped to hit the ground running with the car, and when I say car I mean both cars, with Todd's and mine.

It has been a bit tough because the cars probably haven't been what we hoped and we've been really struggling to get a handle on them.

We're lucky that we've got a championship-winning car sitting in the shed.

I'm not obliged to run either car and at this stage I'm not looking to run the Commodore for the rest of the year – we'll run it at Townsville, reassess and see what our options are.

We had all hoped for a really good year and we were all putting a big effort in, but I guess it's racing and these things are unfortunately to be expected. 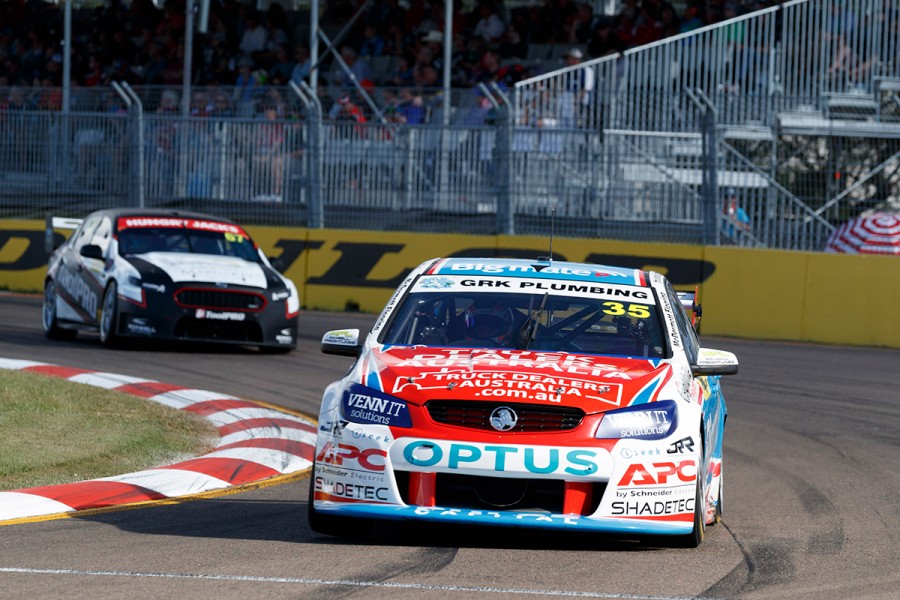 Is the Commodore the switch you need to turn your season around?

It's tough trying to develop two cars at once. The Super2 car, whilst it's the sister car to Todd's it's a different ball game without the twin spring [suspension].

We don't have a lot of people and a big engineering department at MSR and they're confident they know the Commodore really well.

I felt as though it would be best to run the Commodore, because they know this car and then it's just one Falcon to worry about, rather than two.

We've had other people race the car in the meantime and it wasn't really the aim, but with how things have gone this year, it sort of leaves us with no other options.

At this stage, however, we're still working hard on the Falcon and we've made big changes to Todd's car before this next round and if that really improves things then I'll probably be back in the Falcon.

The preferred car for me to drive would be the Falcon, but for now I'm going to jump in the Commodore and get a bit of a ballpark figure on where we really sit.

It has been tough and I've been having to drive out of my skin around people that I feel we should be in front of, and they've been driving away from us. 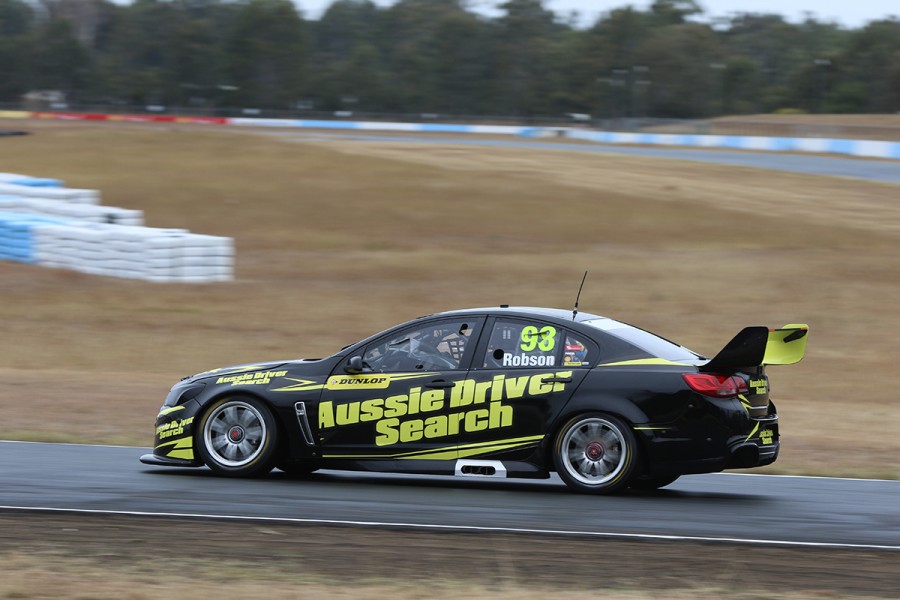 Were you able to get a good enough feel for the Commodore at Queensland Raceway's test last week?

It was tough, we didn't really get a positive read on either car. I didn't do many laps in the Commodore either because the car was brought to the test day for Jason Gomersall – the car owner – to drive.

He wanted to let me have a drive while I was there and one thing turned to another.

I haven't had many laps in it at all. It was wet at the time, I was on wets and I probably had 30-laps in the car, so it's really hard to tell.

This car was on pole position and won the Townsville round last year, so I feel going into this round, we should have a relatively good base set-up.

The championship has gone forward in leaps and bounds again, as it does every year in Super2.

So just because it was on pole last year, doesn't mean it will be this year either because the competition has gone forward.

But I feel like the gap to the front is going to be smaller in the Commodore than the Falcon at this point in time.

Is Townsville just a test in the Commodore while you develop the Falcon for the near future?

The plan is for us to be in the Falcon, that's why we started the season in it, but we need to do this round in the Commodore to learn.

I'm hoping we're going to go forward, jumping in this car, hence why we're in it. But we've really got to wait and see what Townsville brings. 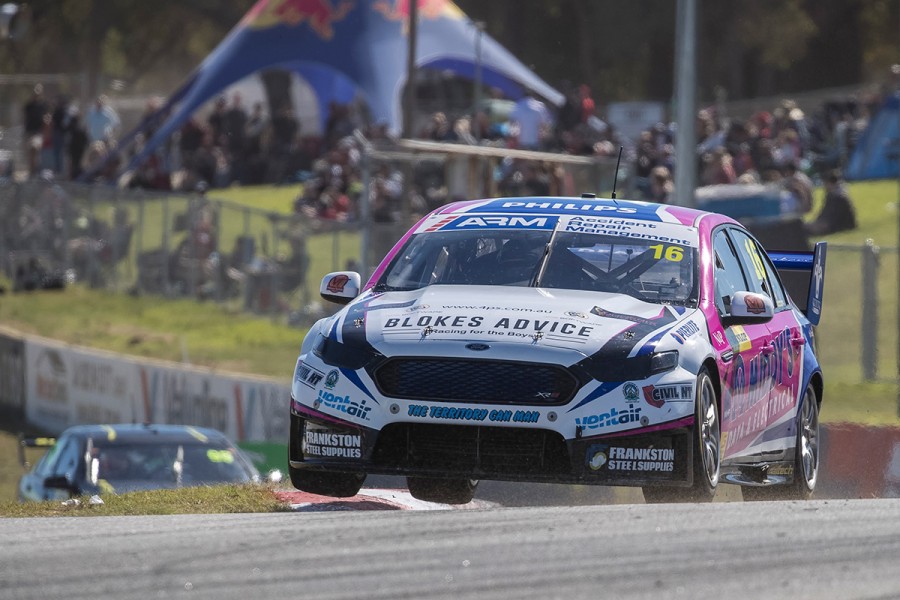 Could you have stuck with the Falcon any longer?

I really felt like it was time [for a change]. At the last race in Perth we had quite a good handling car and I felt as though I was driving the car well – and being a driver I'm certainly my worst critic.

The car felt quite good, I couldn't fault it and I couldn't ask for anymore, yet we're still running outside the top 10.

I really felt as though there was nothing left, I was really happy with how I was driving the car and I said to Matt, ‘I can't do any more’.

I'm always open to looking at the data, but we looked at the data and it all looked really good and I felt like I was doing a really good job driving the car and it still had no speed.

So we still have a lot of work to do on the Falcon to get it where it needs to be.

How close is the Falcon to being a competitive, championship-winning car?

At the moment I feel as though we are a little way away, however I do think it's very possible.

I'm certainly not discounting [getting it there] at all, I do think it is very possible, however right now we're not at that point.