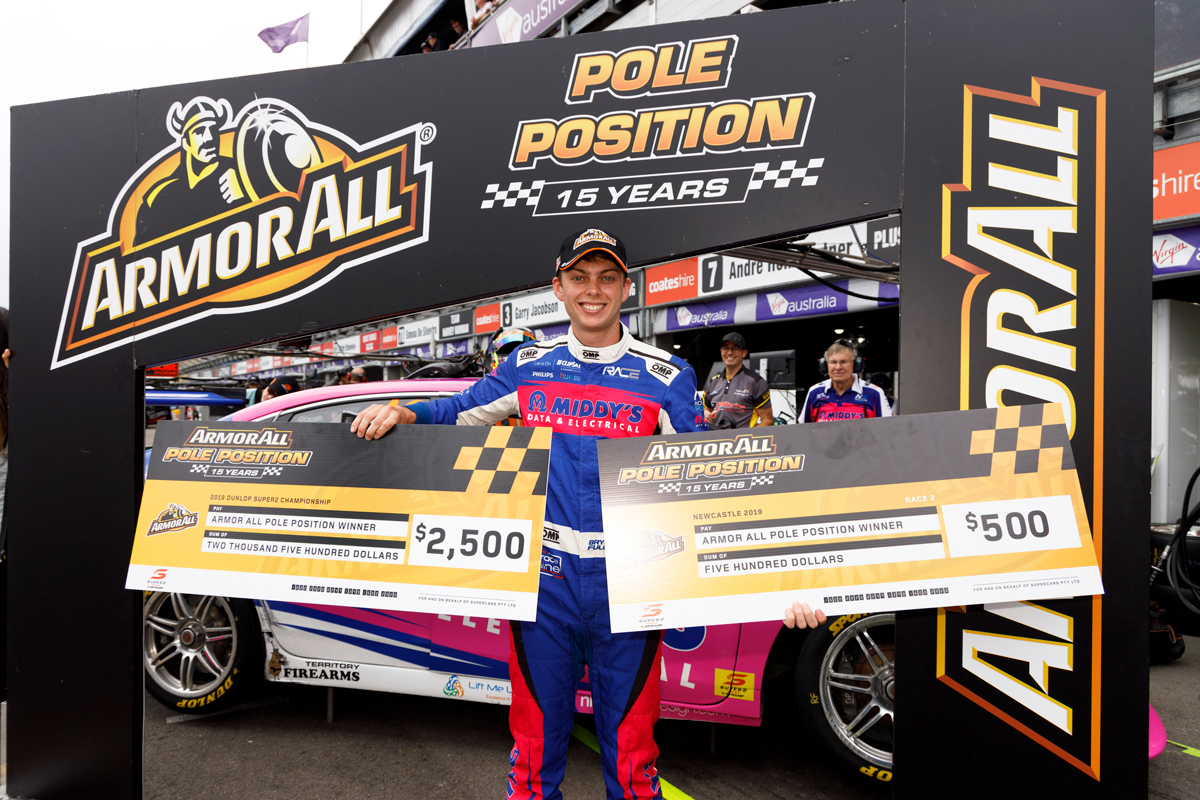 It marks a third ARMOR ALL Pole Position in 2019 for Fullwood, besting Zane Goddard, Kurt Kostecki and Thomas Randle for the $2,500 overall prize.

"I'm so stoked with that, I can't thank my engineer Brendan [McGinniskin], Matt White and all the boys here that put so much effort in," Fullwood said.

"That lap for me certainly wasn't the best lap, I was absolutely ragging the thing and I felt like I was up again in the next lap.

"No matter the circumstances, extremely happy with the year and just awesome to top it all off."

The newly crowned champion flew through late in the piece, moments before Brenton Grove crashed, ending the session early.

Triple Eight's Kostecki took third and will line up on the second row of the grid alongside Tickford Racing's Randle.

Boys held onto provisional pole for the bulk of the session, until Fullwood pushed through with his best, with just over three minutes to go.

Goddard will start the race from fifth, ahead of Sandown round winner Jack Perkins and Boys' teammate Adam Marjoram.

The Eggleston Motorsport pair of Will Brown and Justin Ruggier took eighth and ninth, with Matt Chahda rounding out the top 10 in the only other Ford Falcon in the field.

Tyler Everingham just missed the 10, while Jack Smith finished 12th, ahead of Dylan O'Keeffe, Ash Walsh and Grove in last.