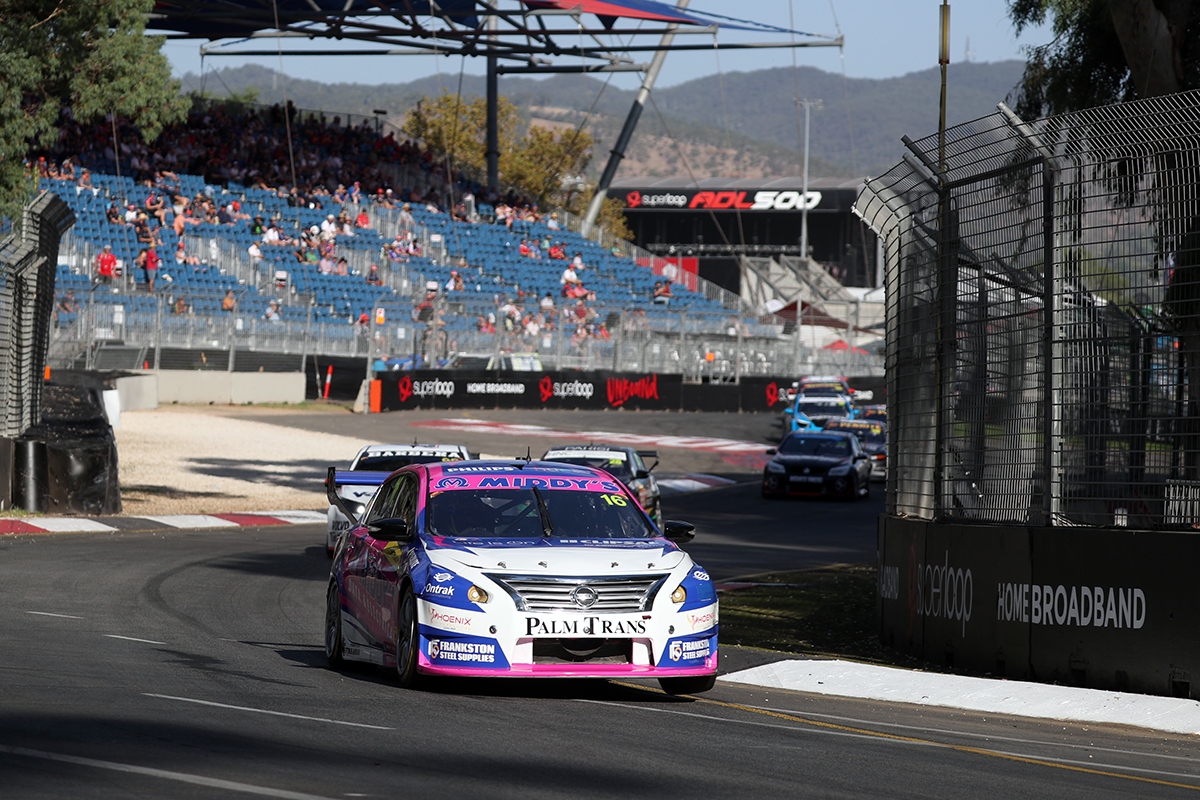 Bryce Fullwood claimed a maiden victory in a shortened opening race of the 2019 Dunlop Super2 Series, as a number of fancied contenders hit trouble.

Frontrunners including Thomas Randle, Kurt Kostecki and Will Brown all, conversely, failed to finish after incidents.

Fullwood took an early lead, beating ARMOR ALL Polesitter Mason Barbera off the line and into Turn 1.

He controlled the race from there, through two Safety Car periods across 13 laps to win by 2.339 seconds.

Goddard took second on his MW Motorsport debut, after passing Barbera at Turn 9 on lap five.

Second for Goddard and third for Barbera are maiden Super2 podiums for both drivers.

Dylan O'Keeffe was ninth and the best of the rookies, while Brenton Grove rounded out the top 10.

Of the other debutants, Justin Ruggier, Joel Heinrich and Abbie Eaton took 11th, 12th and 14th.

There was early trouble for Tickford Racing's Randle and Triple Eight's Kurt Kostecki, who tangled at Turn 4 on lap one.

Randle was sent into the wall, while Kostecki only managed to get as far as Turn 8 where damage from the clash fired him into the wall.

That brought out the first of two Safety Cars, with Eggleston Motorsport's Brown finding trouble shortly after the restart.

Brown was nudged by Brodie Kostecki as the pair exited Turn 7, and fired into the wall with stewards opting against taking any further action.

Dean Fiore did not start due to battery problems in another Eggleston Commodore, while Jordan Boys suffered an electrical issue.

The third MW Motorsport Nissan of rookie Tyler Everingham was ruled out after a Turn 8 crash in ARMOR ALL Qualifying.

The second 19-lap race of the 2019 Super2 season opener commences at 3:35pm on Saturday, followed by the third and final race on Sunday afternoon.