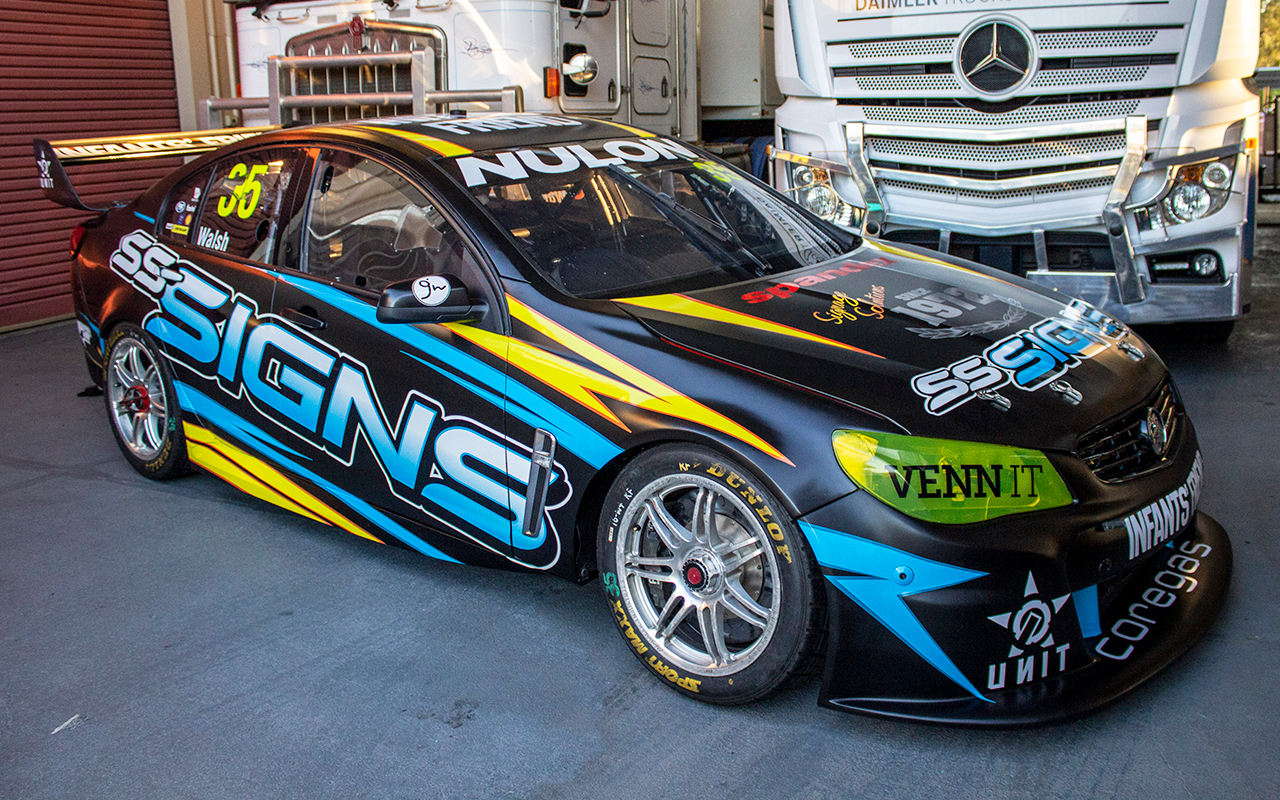 SS Signs has joined the Yatala squad as their official signage partner, with branding also on the team’s SP Tools-backed entry for the Great Race.

“We know this relationship will be able to massively improve the presentation of all our race cars across categories and help our brands grow together.”

SS Signs general manager Rob Sharp believes the timing of their deal is perfect, with MSR on the rise.

“We can see the Matt Stone Racing team developing into a top Supercars team and we want to be a part of that next step and development of this great team,” Sharp said.

“All of our team have been working really well with the MSR team.”

Walsh is sixth in the Super2 standings, with one victory to his name at Perth, heading into a 250km race at Mount Panorama on Saturday.

The 31-year-old will be on double duties this weekend, also co-driving with Tim Slade in the #14 Brad Jones Racing Holden for the Supercheap Auto Bathurst 1000.