Alex Rullo and Thomas Randle claimed their maiden ARMOR ALL Pole Positions in the Dunlop Super2 Series in qualifying for Round 3 at Barbagallo Raceway.

A pair of 10-minute ARMOR ALL Qualifying Sessions set the grid for Races 1 and 2 at the Perth SuperSprint, Rullo and Randle taking one each.

West Aussies Rullo and Brodie Kostecki will share the front row for Race 1 on Saturday, Rullo to then start seventh in Sunday morning’s second leg.

A Super2 rookie, Randle will share the front row with Paul Dumbrell for the second heat and will occupy the fourth row in seventh position for Saturday’s opener.

Backing up his pacesetting performance in Practice 2, Rullo was fastest in the first of the back-to-back sessions.

In his MW Motorsport Nissan, Rullo put in a 57.1874s lap to take pole, with Brodie Kostecki his closest competitor 0.0457 seconds adrift.

Rullo’s team-mate Dean Fiore and Eggleston Motorsport's Dumbrell will share the second row, Dumbrell having set the pace in the opening practice session on Friday.

Kurt Kostecki and Mason Barbera will occupy the next two spots on the grid, while Randle was fastest of the rookies and Fords in seventh.

Chris Pither (Holden), Shae Davies (Ford) and Bryce Fullwood (Ford) rounded out the top 10 while Jack Smith was 20th after beaching his Commodore at Turn 7 and causing a late red flag. 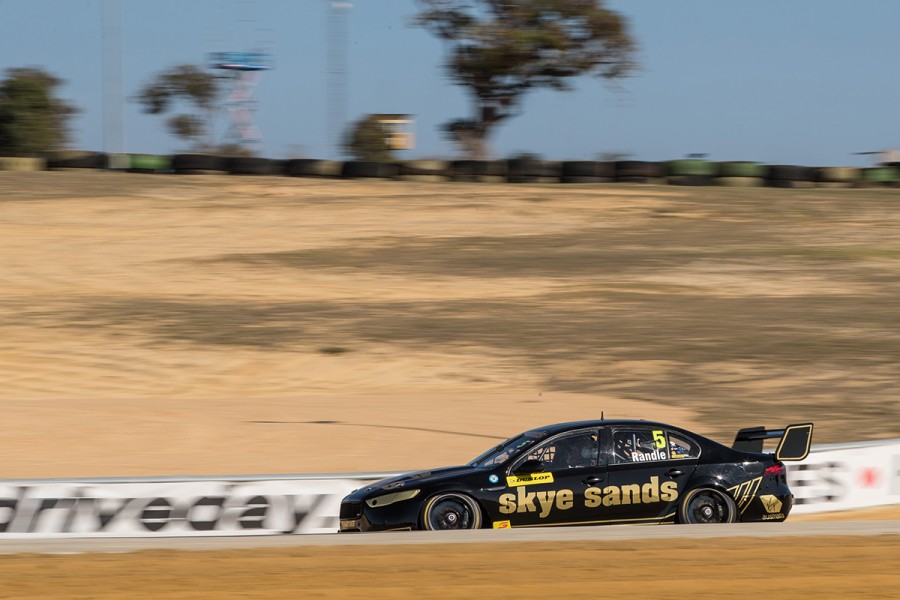 The 22-year-old was in disbelief after the chequered flag rolled out, asking his crew “what position did you say we were?” on the radio.

Dumbrell was ultimately 0.0294s shy in second, while Garry Jacobson was the best of the Nissans in third, ahead of Pither for Garry Rogers Motorsport.

Davies and Kurt Kostecki will share the third row, ahead of Rullo, Barbera, Jake Kostecki and Smith.

Those race results will set the grid for the third and final 28-lapper on Sunday afternoon.