Broc Feeney has reclaimed the Dunlop Super2 Series lead with a dominant Race 1 win at the NTI Townsville 500.

The Triple Eight Race Engineering driver led away from his maiden ARMOR ALL Pole Position and was unchallenged.

It marked Feeney's second win of 2021 following his breakthrough in Bathurst in February.

MW Motorsport driver Jayden Ojeda was second ahead of the returning Tim Blanchard.

The official margin of victory was only 0.732s, but Feeney enjoyed a seven-second margin before a late-race BP Ultimate Safety Car deployment.

Feeney led the field through the first turn ahead of Ojeda, Blanchard and Triple Eight teammate Angelo Mouzouris.

Aaron Seton was the biggest loser of the opening lap, dropping from fourth to ninth following contact with series leader Zak Best.

Seton was demoted to 10th after a Turn 11 dive from Jordan Boys.

All the while, Feeney began to stretch his margin, with Ojeda falling into the clutches of Blanchard.

The #888 Commodore was nearly three seconds to the good after five laps, with Best hounding Mouzouris for fourth.

However, Mouzouris plummeted down the field when he stopped on-track on Lap 9. He would finish 13th.

The leaders began to hit traffic, and Feeney lost time to the chasing Ojeda and Blanchard.

However, the latter duo had a tougher path through the backmarkers, with Ojeda forced around the outside at the final corner. 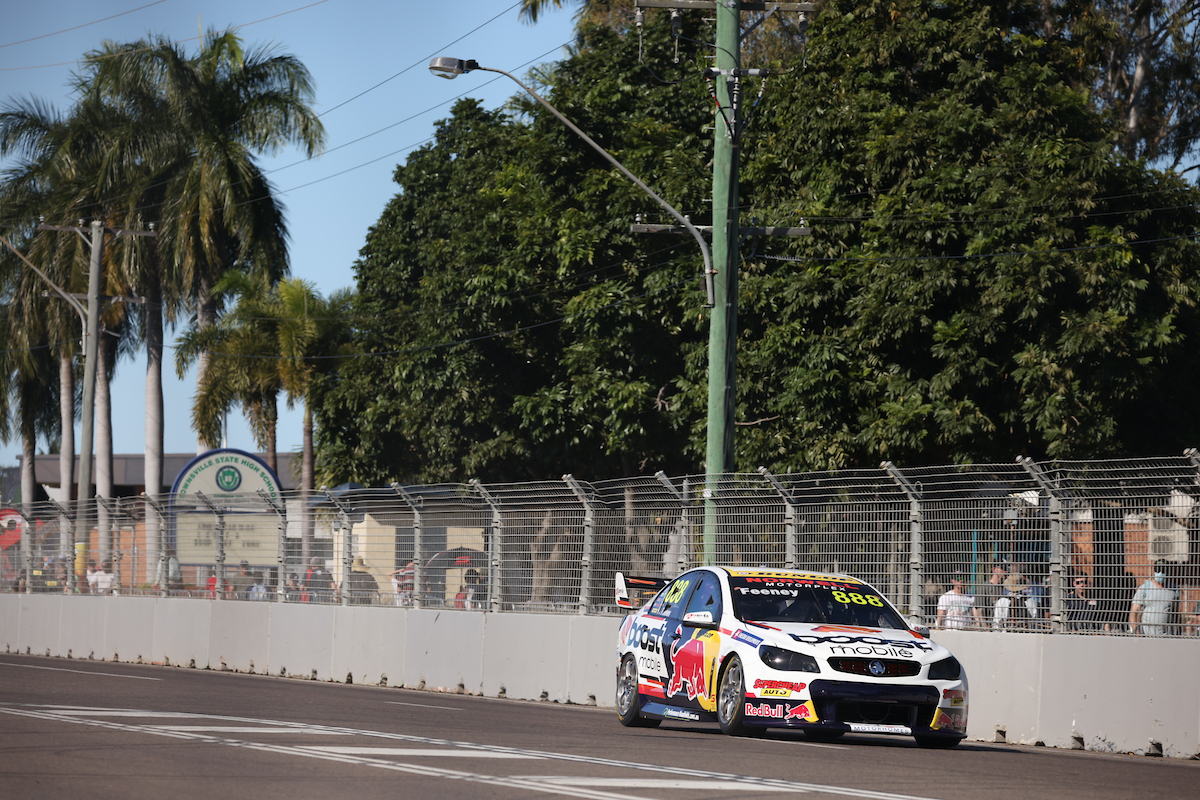 With seven laps remaining, the margin had blown out to over five seconds.

Feeney's lead was seven seconds when the Safety Car was triggered following an incident for Josh Fife, who slid into the Turn 2 runoff following contact with Zane Morse.

Fife suffered left-front wheel damage and wiped out the brake marker with his rear wing endplate.

The race finished under Safety Car conditions, with Best fourth behind Feeney, Ojeda and Blanchard. 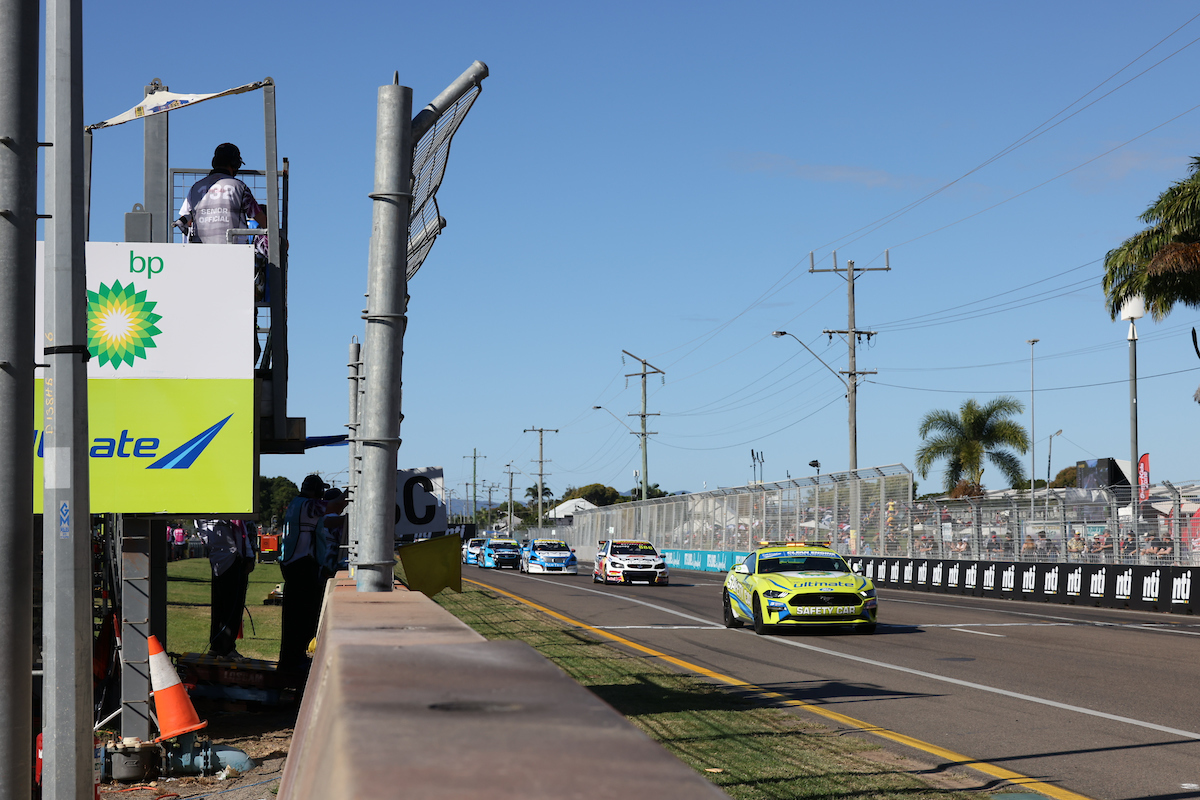 The result saw Feeney retake the series lead over Best, with the margin 12 points heading into Sunday.

Matt Chahda pipped Tyler Everingham to fifth ahead of Boys and Matthew McLean.

Seton ended up ninth with Declan Fraser rounding out the top 10.

Cars will return for ARMOR ALL Qualifying on Sunday morning at 9:30am AEST.