Broc Feeney has continued his front-running ways in Townsville, with the Triple Eight teenager claiming a maiden ARMOR ALL Pole Position.

Feeney, who topped the first and second Dunlop Super2 Series practice sessions on Friday, was again the one to beat on Saturday morning.

However, the 18-year-old waited until the final 90 seconds of the session to displace MW Motorsport driver Jayden Ojeda, who was aiming for a second straight pole.

Ojeda, who claimed the Sunday pole in Bathurst, sat pretty atop the time sheets with his 1:14.247s lap.

Feeney set the early running with a 1:14.344s ahead of teammate Angelo Mouzouris and series leader Zak Best.

Jordan Boys split the the two MW Motorsport Altimas into sixth before he suffered a major lock-up into the Turn 2 hairpin.

The likes of Matt Chahda, Zane Morse and Matthew McLean also played their hands, but it was Feeney who again proved his speed at Reid Park. 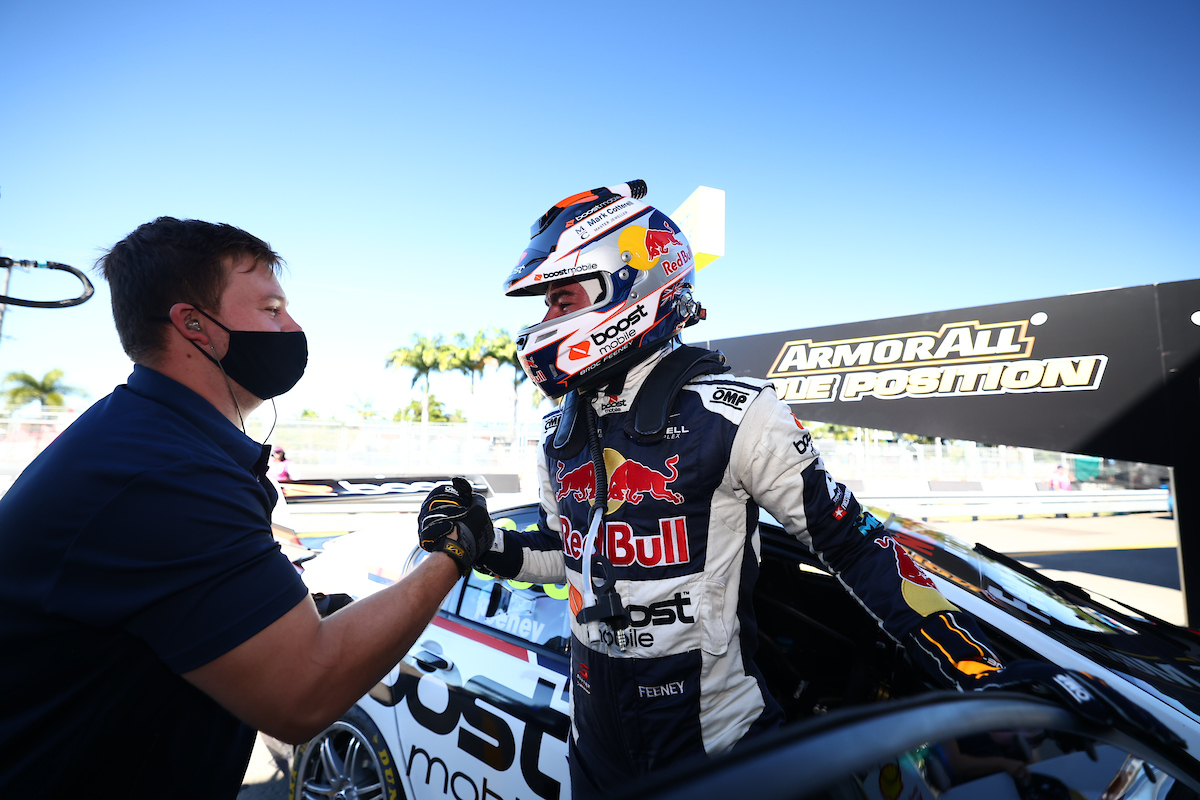 Best loomed to displace Feeney on his final flyer, but a poor final sector could only help the Tickford Racing driver into fifth.

Tim Blanchard, making his first start since 2019, impressed at the death to slot into third, 0.115s down.

The split session saw Super3 runners head out before the Super2 drivers, with Michael Anderson quickest ahead of Nash Morris and Steven Page.