Feeney was a class above in the first development series session since February’s Repco Mt Panorama 500, where he won Race 1.

The Triple Eight teenager, who entered the weekend second in the points, clocked a 1:15.270s following an early session stoppage.

The Image Racing driver’s heavily damaged car had to be retrieved from the track on the approach to Turn 10.

Feeney was atop the time sheets at the time of the incident, with light rain falling over the Reid Park Street Circuit when cars rolled out.

The passing showers ensured one side of the circuit was greasy, with the other bathed in sunshine.

The changeable conditions caught a number of drivers out; notably, MW Motorsport teammates Jayden Ojeda and Tyler Everingham, as well as Super3 driver David Murphy, locked up and ran wide at Turn 2.

Matt Stone Racing’s Aaron Seton also fired up the escape road at Turn 3 with 12 minutes remaining, but remained third in the session.

Brendan Strong also escaped a major impact following a moment between Turns 5 and 6. 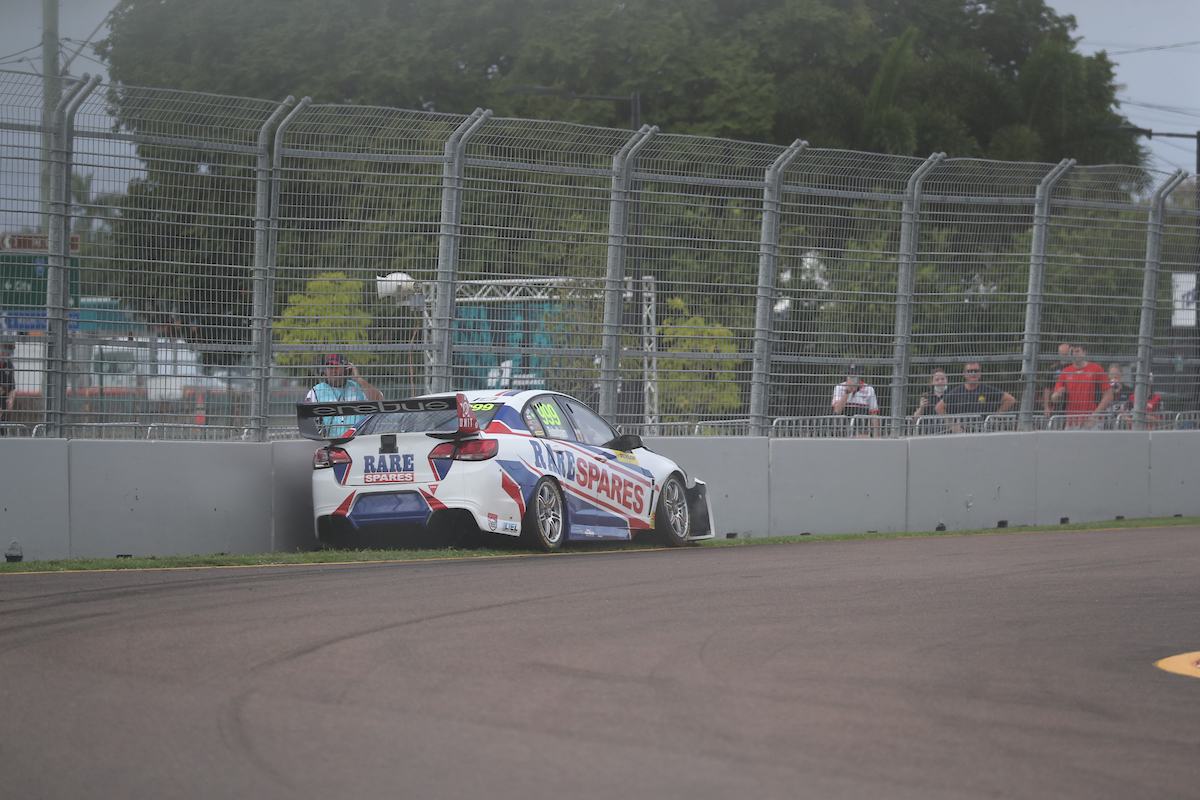 Tim Blanchard, making his first Super2 start since 2019, was second behind Feeney, with Jordan Boys and Everingham rounding out the top five.

Matt Chahda, who is third in the points, was sixth ahead of Angelo Mouzouris and Josh Fife, with Ojeda and series leader Zak Best rounding out the top 10.

The combined Super2 and Super3 fields will return to the track for Practice 2 at 1:35pm AEST.