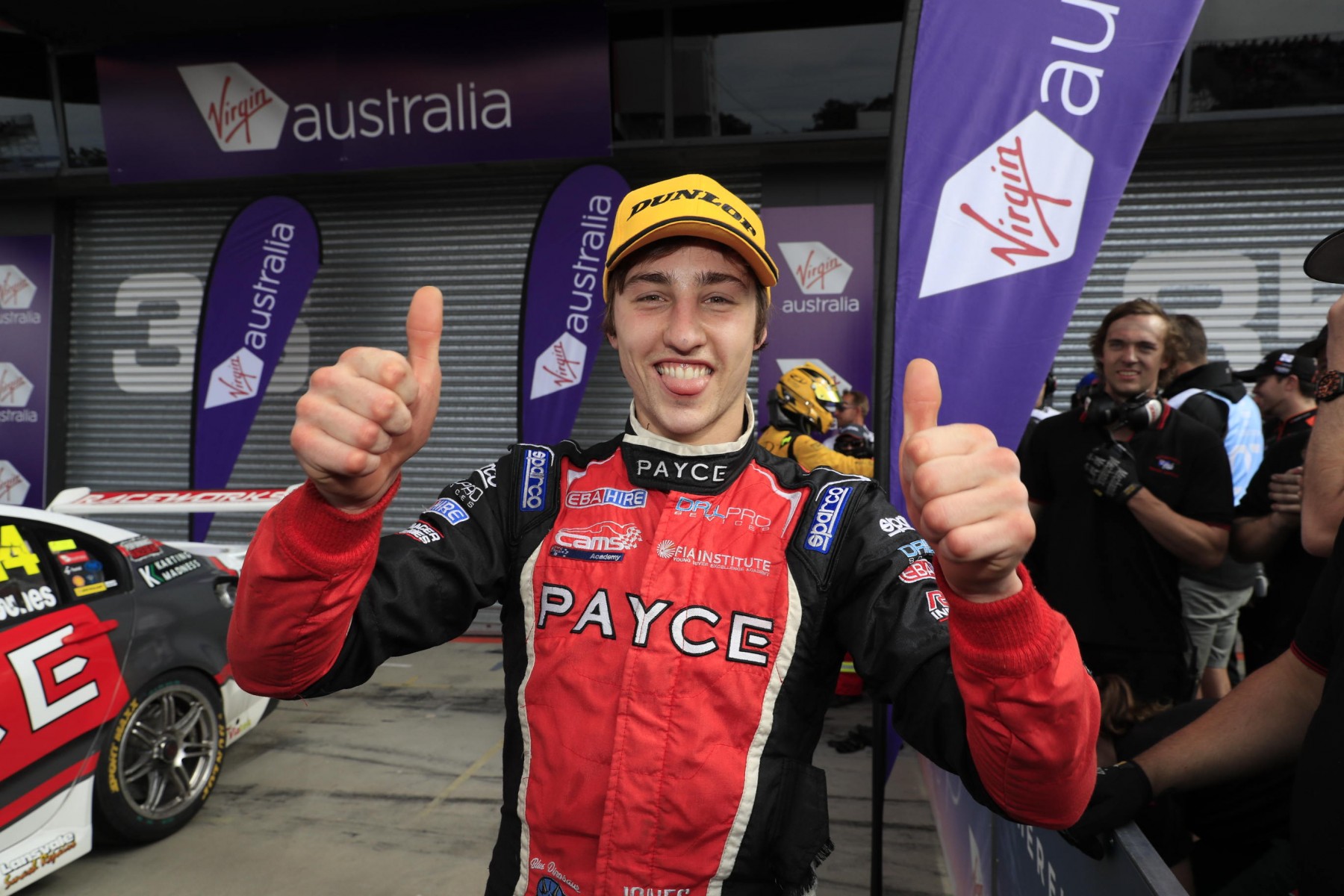 Macauley Jones feels taking his maiden Dunlop Super2 victory at Bathurst was made more special by his father Brad’s history at Mount Panorama.

Jones won last Saturday’s 250km mini-enduro at the Supercheap Auto Bathurst 1000 by a margin of 3.9449s seconds over Jack Le Brocq, while his cousin Andrew Jones claimed third to cap a memorable result for the Albury-based team.

Brad Jones finished on the Bathurst 1000 podium six times during his driving career but never on the top step, while BJR’s last top-three finish in the Great Race came with second in 2009 for Cameron McConville and the late Jason Richards.

The 23-year-old’s breakthrough came amid a tough year for BJR that has included dealing with a series of major accidents, including one for Tim Slade in Bathurst practice.

“To have Andy up there [on the podium] with me was awesome,” said Macauley.

“We work side by side in the workshop and we are obviously in the same team, which is cool.

“To see my dad down there, Bathurst is a place he has always talked about winning and going well at and I have always wanted to win in something around here. Hopefully this is the start.

“It is really emotional for us, I got to hug him after the race and I could hear the quiver in his voice I think he was tearing up a little bit, which was cool to see.

“I don’t think he got many words out, to be honest. I really thanked him and he is a really big part of the racing we do, we do it as a family and its awesome to have him here. He’s helped me massively through my whole career.” 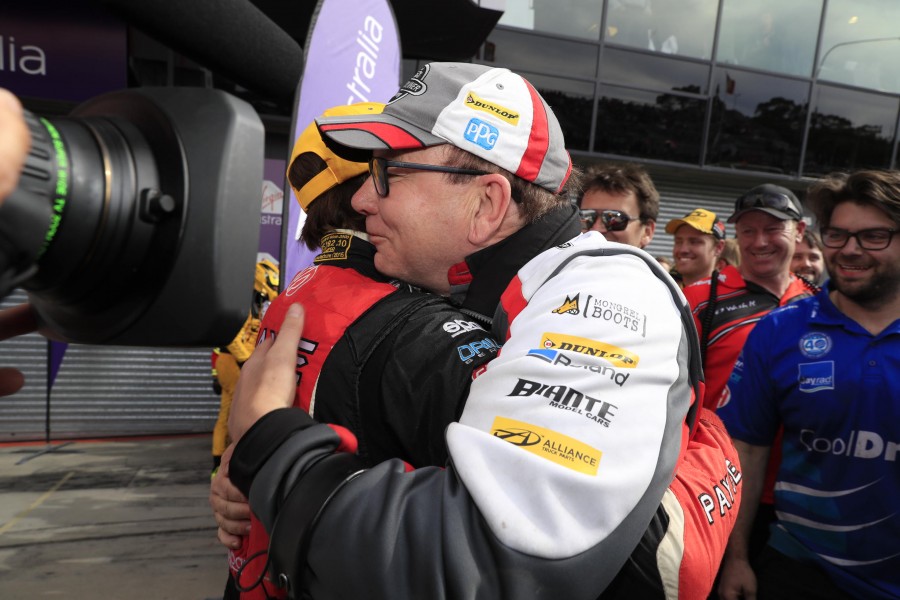 Jones made his Super2 debut in Townsville in 2014, and recorded his maiden podium with second in the final race at Sydney Motorsport Park in August.

“I have been working hard on my car behind the scenes with my engineer,” Jones said.

“We’ve had a tough year, practically missed a whole round with Tasmania and as a team we’ve had a fair bit of damage going on.

“There is a lot behind scenes that we have been working on, we have really been pushing development in our cars and really getting somewhere with it.”

They were in the running for a podium late, but an off at The Chase took them out of contention and Percat then crashed on the final lap.

Andrew Jones, who could not hold out Le Brocq in the final stint the the Dunlop race, said he was stoked to share in the success after a tough run for BJR.

“We’re together pretty much every day of the week and like everybody there’s a lot of work that goes into this,” he said of his younger cousin.

“From that element, it’s awesome, particularly for the whole BJR group. It’s been well documented what has happened at our place over the last couple of weeks and plenty of people put plenty of hours in and there is a massive heart at this place.

“From that end, it’s been awesome. From a personal point of view, for a bloke knocking on 40 to be spraying champagne any day of the week its pretty cool.

“Even though I’m old and I probably don’t commit as much as I once did in a few spots, I still have a fair bit of competition in me. I feel like I’ve had a win!

“Macauley works his absolute arse off spannering that car, building that car and he is thoroughly deserving of that win and I am massively proud of him."