Gomersall ran through the Turn 2-3 complex, kicked mud onto the circuit and hit the barrier.

Gomersall dropped well behind the queue at the Safety Car restart after being spun in a concertina at Turn 11.

Dean Fiore led a train of cars into the complex on the final lap, with Everingham fourth in the queue.

Double-waved yellows were displayed at the marshal point on the left heading into Turn 2.

Fiore ran through the infield, and made it through followed by Matt Payne.

Third-placed Matt Chahda hit the mud and rotated, with Everingham forced to avoid the spinning Falcon.

Everingham was classified fourth with Fiore penalised over a start procedure infringement.

“There was a lot going on,” Everingham told Supercars’ Cool Down Lap podcast.

“The flag point is quite deep, you’re already into the braking zone at Turn 2 by the time you see the flag.

“There’s no chance to slow down. There was mud across the circuit everywhere.

“It was pretty dangerous to keep that race running, it should’ve been stopped straight away.

“I’ll leave that up to them to have a look and ponder on that.”

Payne won the race, with Best taking round honours despite finishing either race no better than third.

Gomersall refused to point the finger at drivers or officials over the incident, but was surprised the race wasn't neutralised. 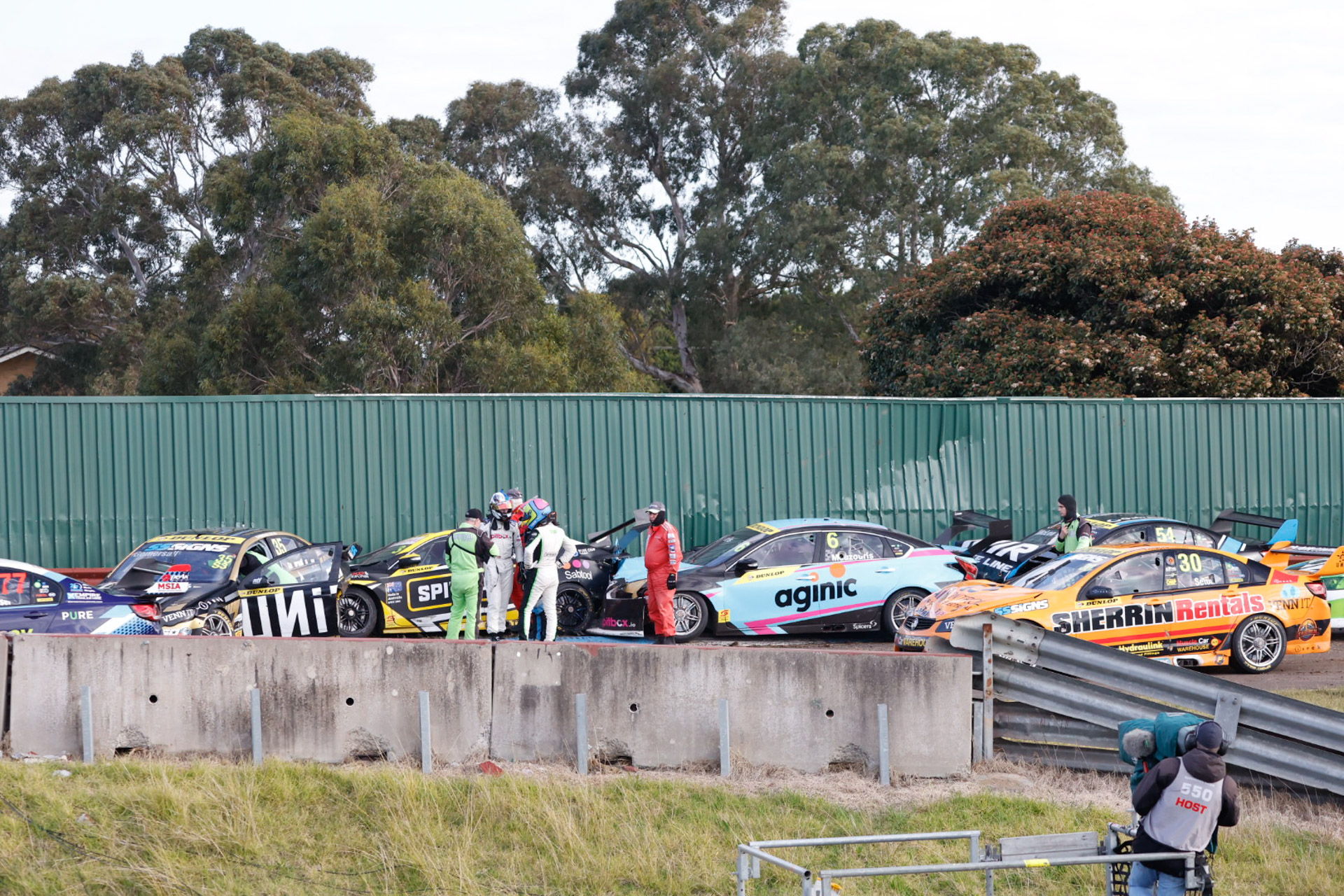 Everingham is 198 points behind heading to the next round in Bathurst.

The MW Motorsport driver has won two races this season, and crossed the line first on Saturday.

A post-race penalty dropped him down the order, Everingham pinged for a clash with a backmarker.

With the Super2 title still a possibility, Everingham was keen to get to Mount Panorama to revive his 2022 campaign.

“We’ve had good form, even at Townsville where we haven’t been strong,” said Everingham, who will race with Scott Pye in Bathurst.

“We were able to go there and be fairly quick.

“We’re definitely quick so we’ll keep the results up."