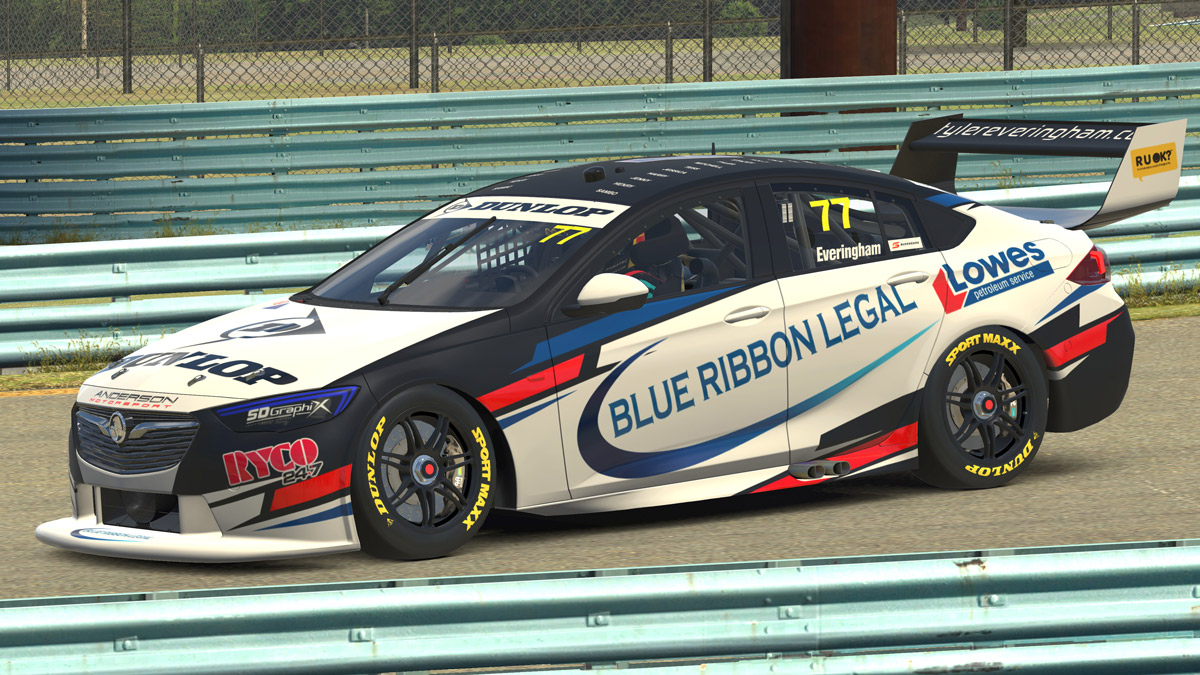 Tyler Everingham will become the latest Dunlop Super2 Series rising star to test himself against household names of Australian motorsport in the BP Supercars All Stars Eseries.

WATCH: BEST PASSES OF ESERIES ROUND 7

Everingham will drive a #77 ZB Commodore with branding from a number of businesses including Blue Ribbon Legal, Lowes, RUOK?, Ryco, Kenwood Homes and SD Graphix.

He has switched from his usual #7, which is taken at Supercars level by Kelly Racing’s Andre Heimgartner.

It’s the first look at a 2020 Everingham livery given he has not yet hit the physical race track after a rollercoaster start to the year.

The 19-year-old from Dubbo ought to have been hot property, having won the prestigious Mike Kable Young Gun Award following a 2019 Super2 rookie campaign at MW Motorsport headlined by a Sandown race win. The previous year he was Super3 champion. 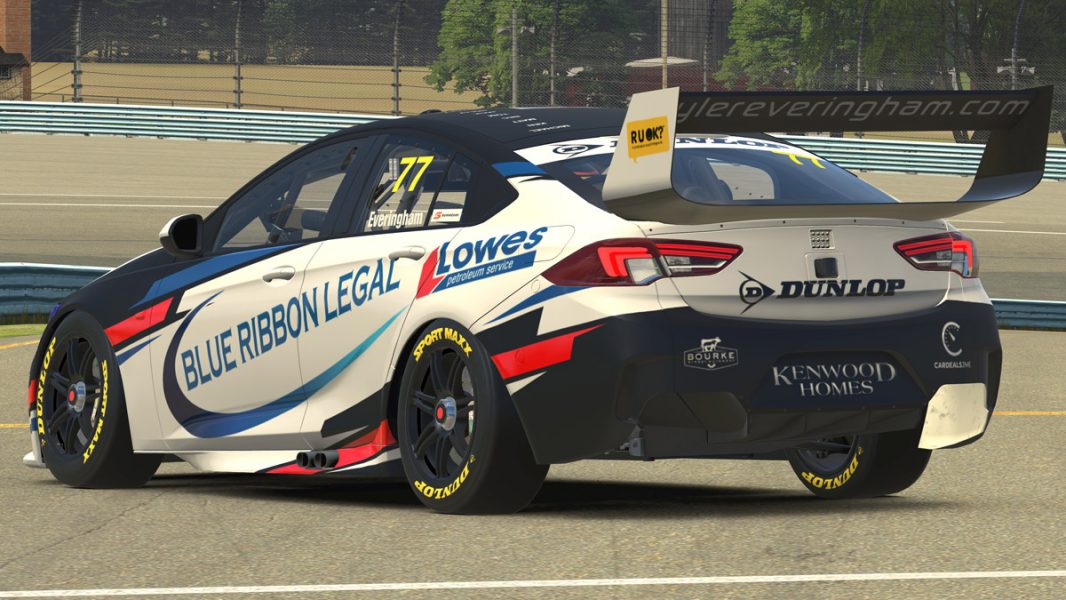 But a deal to spearhead Anderson Motorsport’s rise to the second-tier was brought unstuck largely by a huge qualifying crash at the Liqui-Moly Bathurst 12 Hour that left his budget in tatters.

All of a sudden, he was a top talent stranded on the sidelines as the Super2 season got underway at Adelaide in February.

But sponsors soon came to his rescue and his Anderson Motorsport drive was back alive and kicking – only for the COVID-19 lockdown to intervene, for the moment. 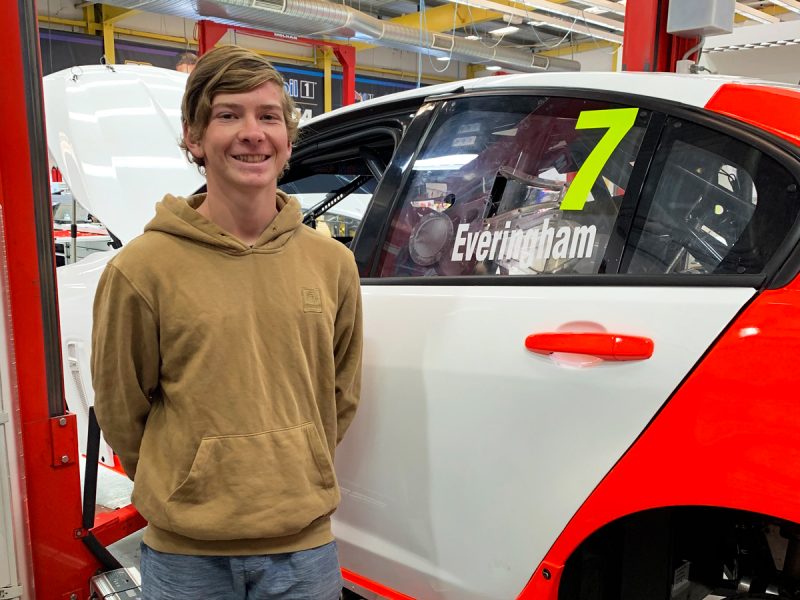 Everingham will now, at long last, make his team debut virtually in Round 8 of the Eseries.

The teenager is the first wildcard confirmed for next week’s action.

Super2 drivers have had some success to date in the competition, with Broc Feeney winning a reverse grid race at Spa and Brodie Kostecki taking a Bathurst double podium.