Everingham started from ninth on the grid and went on to take the chequered flag in a wet race that was shortened to 17 laps.

The 2018 Kumho Super3 Series champion stepped up to Super2 this year with MWM; his previous best in the category this season a fifth-place finish at Bathurst.

The 18-year-old took the lead of the race after getting by Triple Eight's Kurt Kostecki at Turn 1 on Lap 10 and managed to hold on for the remainder.

“That’s absolutely amazing. That’s honestly the most fun I’ve ever had in a race car," Everingham said post-race.

"The car felt awesome, we just hooked up the whole race. We made the good decision to go with the wets off the start."

Jack Smith finished in the next-best place, ahead of Kostecki, but was demoted to ninth by a 15-second time penalty for spinning Matt Chahda on the opening lap. 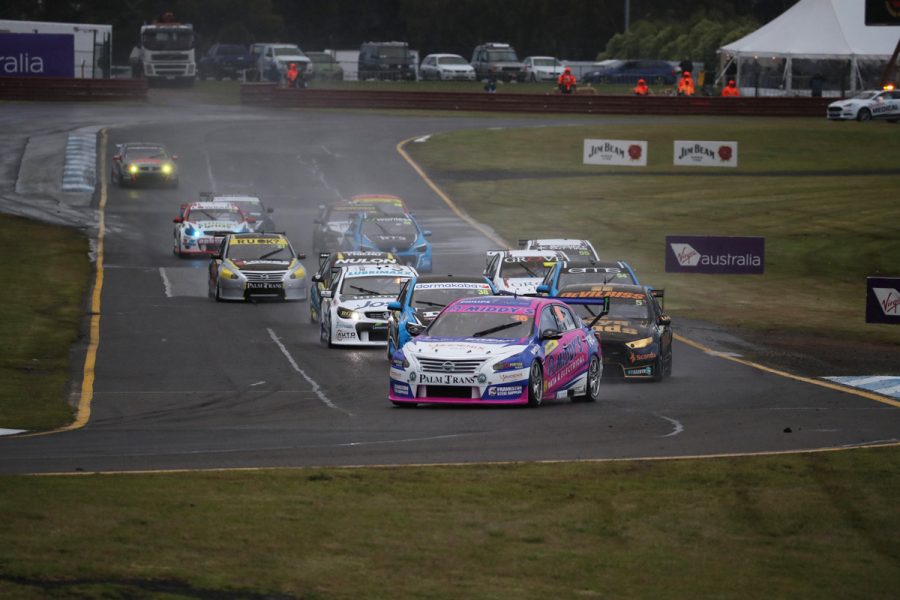 That penalty promoted Dylan O’Keeffe onto the podium for the first time in his Super2 career, just a fortnight after his main game debut as a replacement for Richie Stanaway on the Gold Coast.

Polesitter and championship leader Bryce Fullwood finished sixth after plummeting down the order with a belated tyre stop under the Safety Car that had been called for Brenton Grove’s stricken Triple Eight Commodore.

Fullwood had started on the super-soft tyre and got off the line cleanly, as Jordan Boys fell from second to fourth after getting loose at first turn.

He continued to comfortably control proceedings ahead of Thomas Randle, Will Brown and Jack Perkins, before trouble struck for Grove on the fourth lap.

Chahda lightly tagged Grove, which unsettled the Triple Eight Commodore and sent it into the wall at Turn 3. Chahda was issued a drive-through penalty for the incident.

While many opted to pit immediately under the Safety Car for a set of wets, Fullwood and Randle stayed out, before eventually deciding it was time for wets on the sixth lap.

The decision to stay out longer meant both Fullwood and Randle lost track position to Kostecki, as the pair rejoined in 12th and 13th respectively.

At that point the top three was Kostecki, Everingham and O'Keeffe, as racing resumed on the eighth lap.

Off the restart, Fullwood and Randle came together at Turn 1, which spun Fullwood and sent Randle off track, with both drivers continuing moments later relatively unscathed.

Everingham got onto the back of Kostecki and then put a move on the Triple Eight driver at Turn 1 on Lap 10 and made it stick for the lead.

Kostecki did get the lead back momentarily on Lap 12 at Turn 9, but then shot off at Turn 12 and dropped to fourth by the time he reached Turn 1.

O'Keeffe then had an off at Turn 12, which elevated Smith to second and Kostecki to third.

The top four remained the same, as the race was declared time certain, with Everingham crossing 1.8060 seconds clear of Smith. 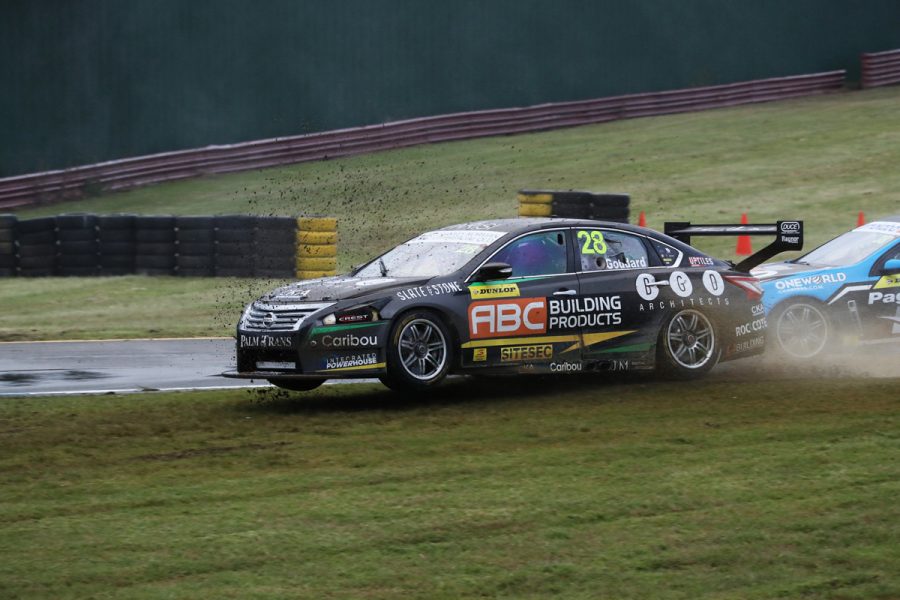 Eggleston Motorsport pair Brown and Perkins were fourth and fifth with Smith’s penalty taken into consideration, ahead of Fullwood, Justin Ruggier and Zane Goddard (above) in eighth.

Boys fell multiple positions and then went off at Turn 1 on Lap 12, with the Image Racing driver eventually finishing 13th, one place ahead of teammate Adam Marjoram.

The on-track action continues tomorrow morning with ARMOR ALL Qualifying for Race 2 9:30am local time.