“The Supercars Championship is where I want to be; it’s definitely the series I want to be racing in,” Jones told Supercars.com.

“I am not looking to jump straight into it because I think with the guidance from my dad Brad and the team … I trust that we will make the right decision when the time comes.

“We need to make a little bit more of a jump and I think we will be getting there soon.”

Jones grew up in one of Australia’s most successful motorsport dynasties and is the son of Australian Motorsport Champion and Team Owner Brad Jones.
He continues to follow the family path, living and breathing work and play with BJR.

“I really enjoy working with my dad a lot, we are very close … and I wouldn’t change it for the world,” Jones said.

“Being able to travel around Australia and the world with him is very cool, we share a lot of the same experiences.” 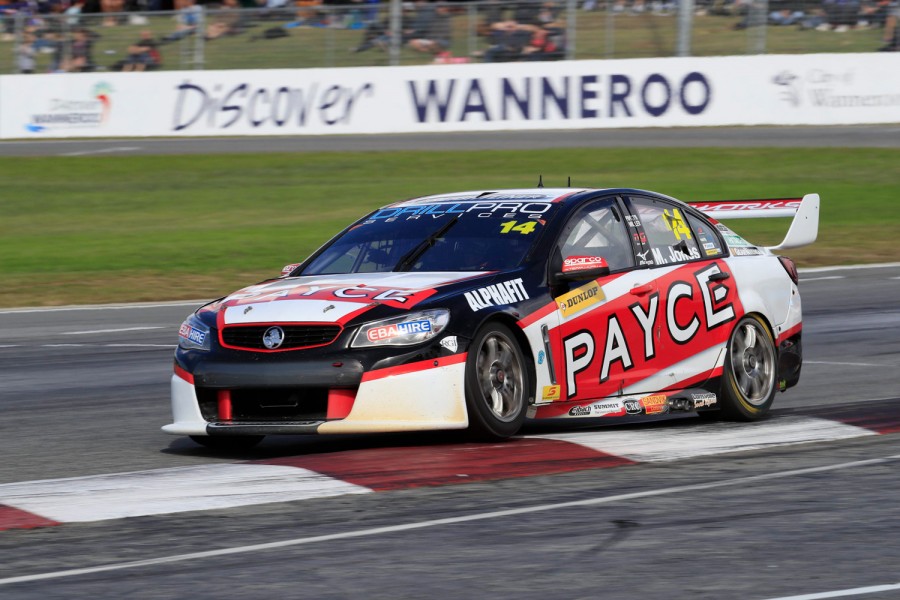 By 2014, he stepped up to the Supercars Dunlop Series with Brad Jones Racing at the Townsville round, scoring 10th place on debut.

After a positive test day at Winton recently, Jones was confident he could pull a good result at the Reid Park street circuit this weekend, the fourth round of the year for the Dunlop Series.

“It certainly helps me driving so close to Townsville and just getting more and more comfortable in the car,” Jones told Supercars.com.
“Being in the top five I think would be great for us.

“For me its somewhere I feel pretty familiar… in the past have had success there as well so I am really looking forward to getting back there."

In 2015, Jones was selected to represent Australia in the FIA Institute 2015 Young Driver Excellence Academy in five different countries across Europe, while making his Supercars Championship debut, co-driving the GB Galvanizing Commodore in the Pirtek Enduro Cup.

“The young driver excellence academy was a selection academy … there were five different workshops situated around the world, going from Scotland to France, Chamene, Austria and Germany,” Jones told Supercars.com.

“They all had different topics, not necessarily all driving but basic driving skills, advanced driving, as well as road safety, communications, team building and fitness, so it was quite a diverse range and we had really great people to work with.”

The youngster isn’t just a race driver – Jones is set to complete his mechanical engineering apprenticeship with BJR this week.

“I’ve been working here as an apprentice mechanic here for four years, mainly within the DVS team, but also helping out here and there with the main series when needed,” Jones said.

“It’s given me some good insights into how the car actually works dynamically…I know everything that gets put into it and I know how much work the other guys put into them as well.

“Getting a feel for how everything works is very important for me and it’s something I have always had an interest in.”

Jones plans to continue working with BJR on the Dunlop Series cars for the remainder of the year, but is unsure where his apprenticeship will take him next year.

The Dunlop Series will be on-track this weekend, 8-10 July at the Castrol EDGE Townsville 400.