Dunlop Supercars Series driver Garry Jacobson has taken a surprise lead in the development category this year, after switching to Prodrive Racing Australia for 2016.

The 24-year old from Shepparton has locked in three race wins after two rounds in Phillip Island and Adelaide, and finished in the top three in all six races.

Sure to be one to watch as the Dunlop Series heads to Perth this weekend, Jacobson holds an 83-point lead over James Golding after both shared victories at Phillip Island last month. 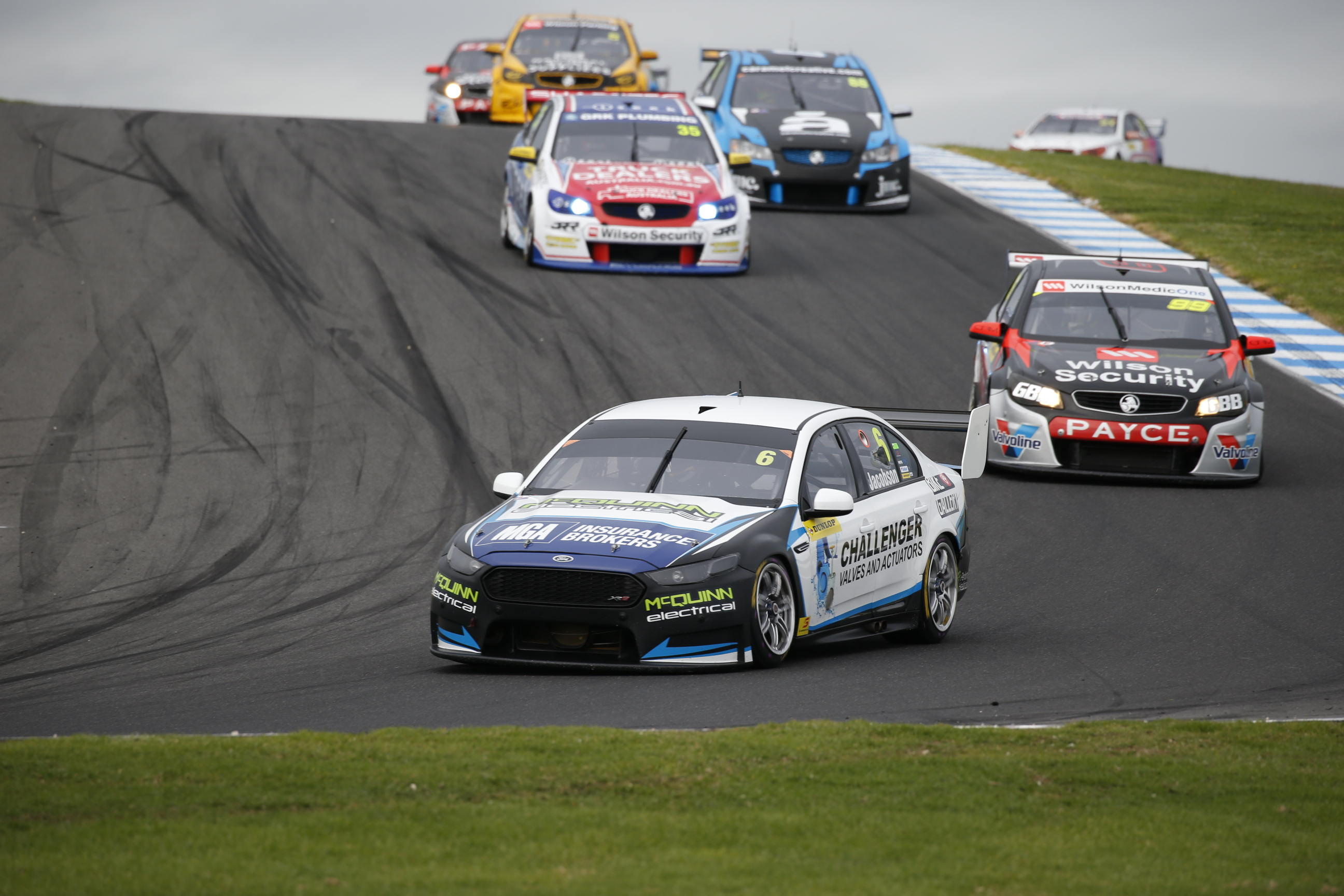 This year’s drive with champion team Prodrive Racing Australia has offered the opportunity he was waiting for after spending three years prior in the Dunlop Series.

“Self-belief is a wonderful thing in motorsport and in any sport,” Jacobson said.

“I had the confidence in myself, I just needed the right opportunity and the right car and Tim Edwards [PRA boss] gave me that.

“You just need to keep the bar high and make sure you keep doing that at every round, so that’s my goal now.”

Jacobson started racing at just 13 years of age, showing his potential as a State and National Karting Champion, as well as being a strong competitor in the Aussie Racing Cars Series. In 2010, the young gun made an entrance into the Victorian Formula Ford Championship, progressing to the National Championship in 2011.

He debuted into the Dunlop Series in 2013 with Sonic Motor Racing and caught the eye of Eggleston Motorsport, lining up as teammate to Bathurst winner Paul Dumbrell for ’14 and ’15. He finished sixth in the title fight last year.

This year he took his first ARMOR ALL Pole Position and victory in his new gen Ford Falcon FG X and looks like one to beat in the race for the title in 2016.