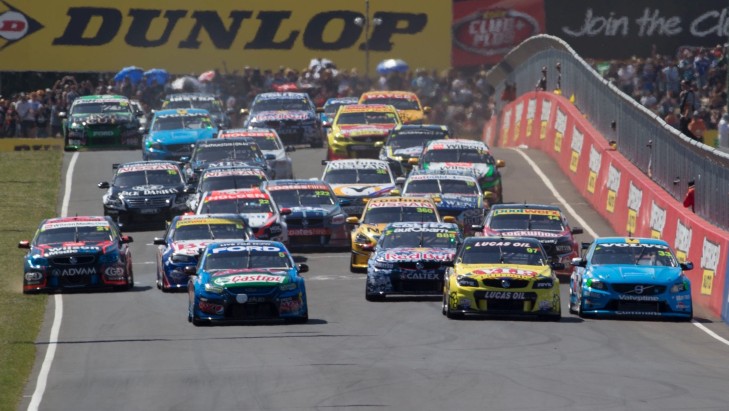 V8 Supercars Dunlop Series teams that purchase a new generation V8 Supercar this season will be eligible to enter the 2015 Supercheap Auto Bathurst 1000 as a wild card.

As announced in 2014, next year the Dunlop Series opens up to include new generation vehicles, meaning the current Ford and Holden entries could be joined by Volvos, Nissans and Mercedes-Benz E63s, as well as the FG X, the only model Falcon now raced in the Championship.

There is a two-year phase in for the new generation cars - so it is not compulsory to upgrade for next season - but if teams get in early and purchase a new gen car soon, they will be granted permission to run as a wild card at the Supercheap Auto Bathurst 1000 this October.

Recent wild card entries have performed well in the past, with Super Black Racing's 11th place finish in 2014 paving the way for the team to enter the category full-time this year with Andre Heimgartner. The crew for that entry was partly comprised of team members who ran Prodrive's Dunlop Series entry.

Last year there was a strong interest from Dunlop Series teams in entering the Bathurst 1000, but given the category races a different specification car to the Championship entries, the 250km mini-endurance race was created.

This time around, if the teams have the appropriate equipment, they can enter the 1000; as well as the 250km race in their current Dunlop Series car, with points from that race contributing to the Series title.

Contesting the year's Great Race will mean incredible exposure for teams, their sponsors, and a great opportunity for their developing drivers. It also means the grid size could grow for the Bathurst 1000, something sure to please the fans.

V8 Supercars is focused on developing and improving the Dunlop Series, in order to prepare the next generation of drivers and team personnel.

The Dunlop Series celebrates 100 rounds in Perth next week and continues to go from strength to strength, with a tight battle at the top of the table between young star Cameron Waters and veteran two-time Champion Paul Dumbrell.