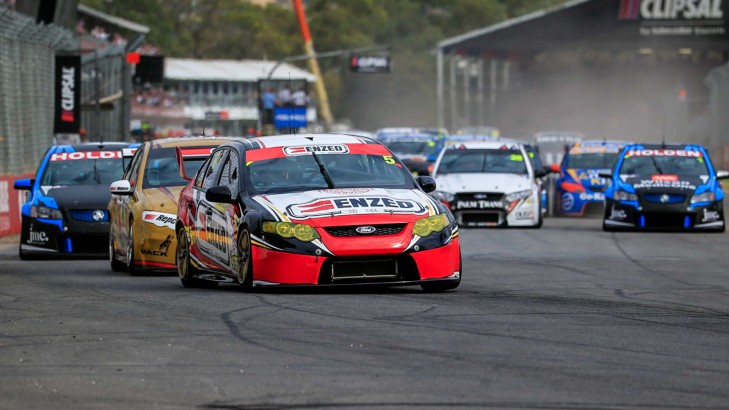 The V8 Supercars Dunlop Series has been confirmed as one of the race categories for 2016 Clipsal 500 Adelaide.

V8 Supercars CEO James Warburton welcomed the inclusion of the Dunlop Series as one of eight categories at the event.

"This is a great outcome for the V8 Supercars Dunlop Series for what will be the opening of the 2016 V8 Supercars Championship and one of the biggest events on our calendar," he said.

"The Dunlop Series has a long and proud history with the Clipsal 500 and we're pleased to continue that association into next year's event. 2016 is shaping up as one of the most exciting in the Dunlop Series,withCar of the Future chassislining up on the gridfor the first time ever," he said.

Clipsal 500 Adelaide will be held fromMarch 3-6.

09/10/2015
Stay In The Know
Sign up to the Virgin Australia Supercars Championship Newsletter
We use cookies to ensure that we give you the best experience on our website. If you continue to use this site we will assume that you are happy with it.Ok