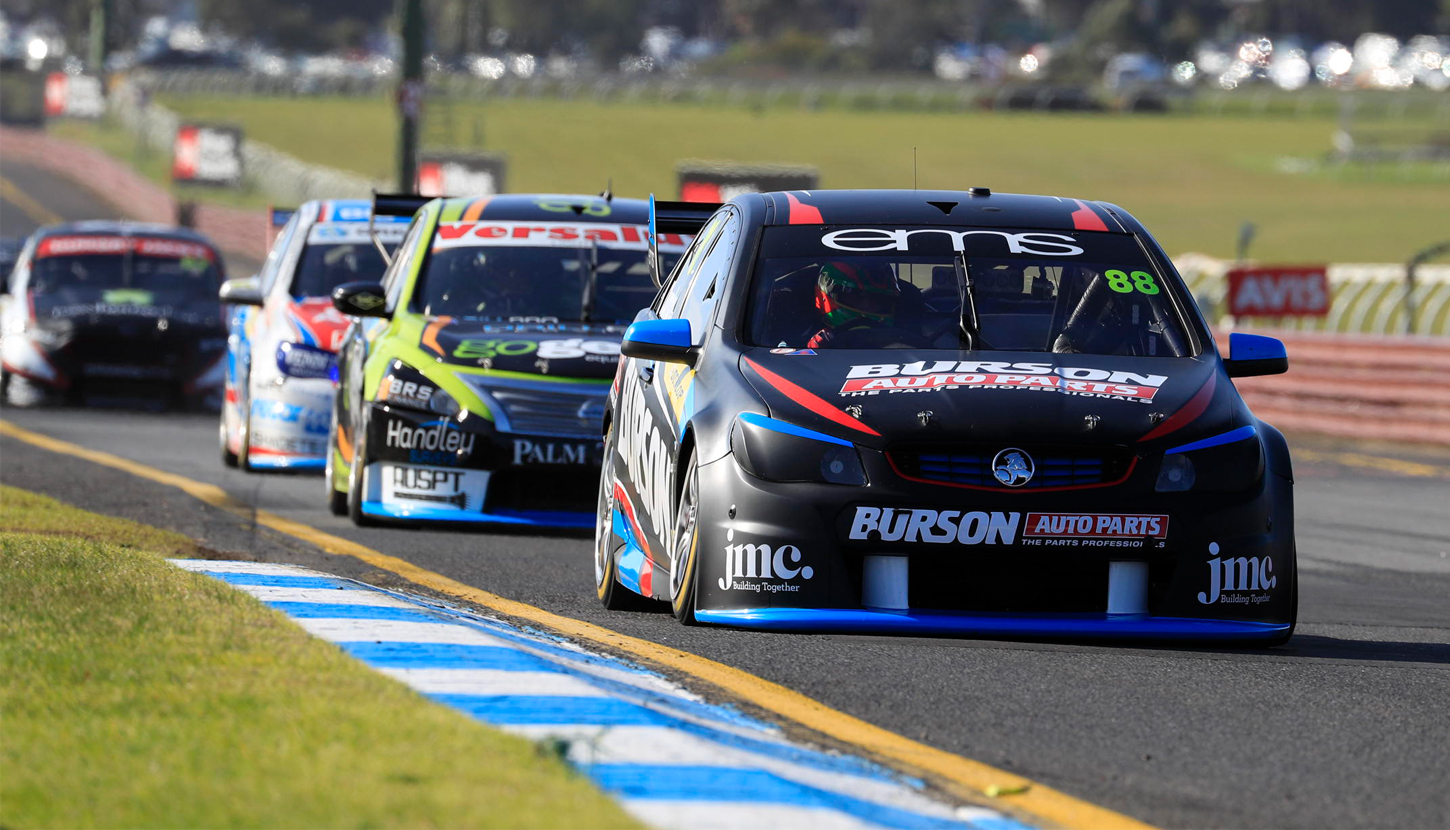 Paul Dumbrell claimed his seventh win of the 2017 Dunlop Super2 Series at Sandown to take the championship lead from Todd Hazelwood, who bounded back from his massive Supercars accident with third place.

Eggleston Motorsport driver Dumbrell qualified on pole and led from start to finish, winning by 2.8761 seconds.

He is now 16 points ahead of Hazelwood going into the final race of the Wilson Security Sandown 500 weekend on Sunday, having started five points adrift.

Roughly one hour after escaping a horror crash in the opening ARMOR ALL Race for the Grid, Hazelwood was strapped back into his regular Matt Stone Racing Commodore.

Hazelwood started from the front row of the grid alongside Dumbrell, but Jack Le Brocq slotted into second place off the line and stayed there.

In third place, Hazelwood held off Anton De Pasquale, who on the second lap was involved in an incident that sparked a safety car period.

Jack Perkins found the wall at Turn 9 after contact from De Pasquale, having got out of shape through the Esses. The incident is being investigated by stewards.

Will Brown finished fifth, ahead of Richard Muscat, Kurt Kostecki and Shae Davies, who received a bad sportsmanship flag for contact with Kostecki.

Reigning champion Garry Jacobson started 21st after a qualifying off and made his way up to 13th before serving a drive-through penalty for an infringement on the safety car restart, dropping to finish 18th.

Matt Palmer joined Perkins as a retiree on lap 14 of the 18, hitting the wall at Turn 2 after an apparent left-front suspension failure.

The Dunlop Super2 Series will be back on track tomorrow morning at 9:15am with qualifying for the second race of the weekend.