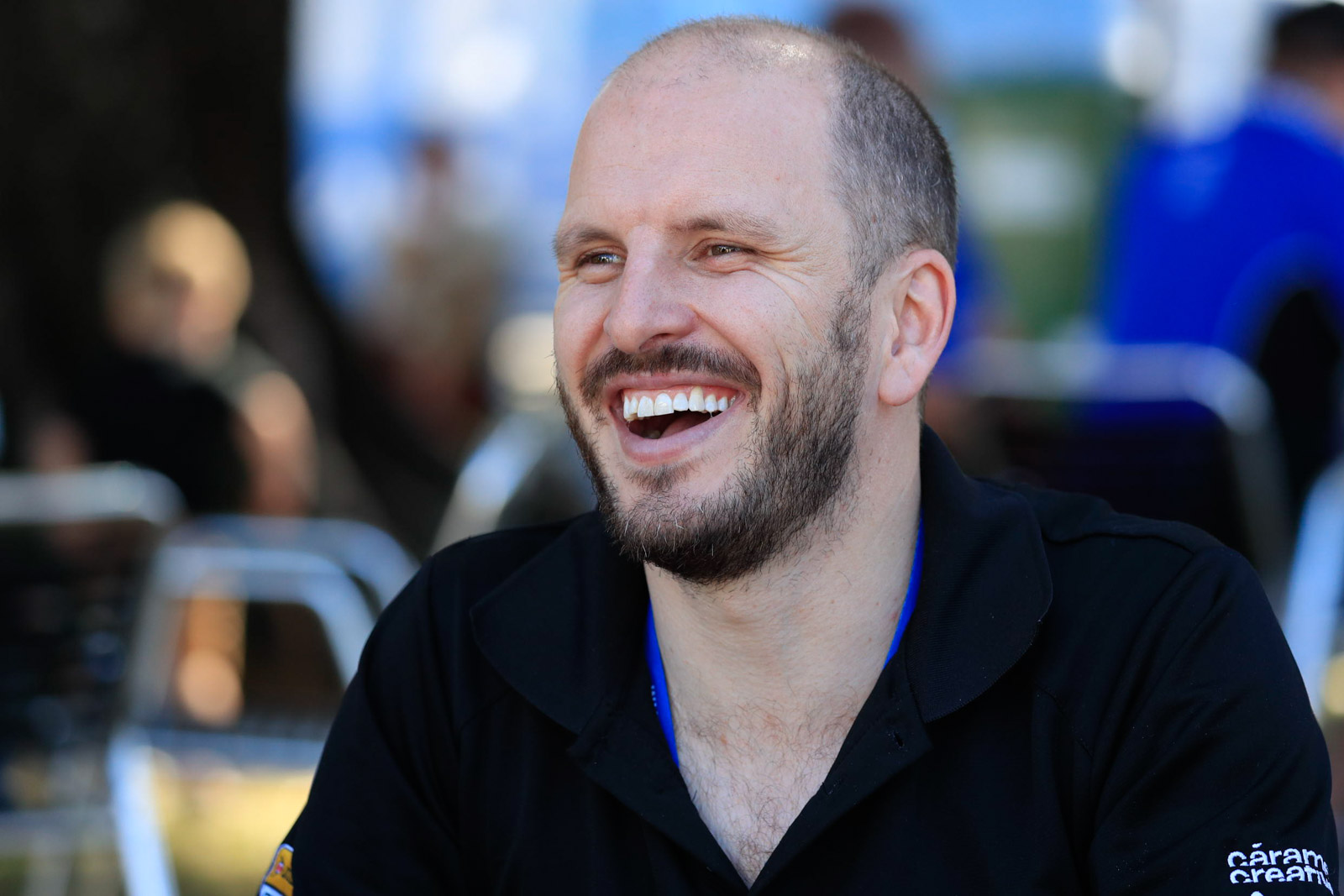 Two-time Supercars Dunlop Series Champion Paul Dumbrell will not race his #88 Holden Commodore at the Coates Hire Sydney 500 this weekend after dislocating and breaking his shoulder.

Dumbrell has undergone immediate surgery and is recovering at home this week, after the damage was greater than initially expected.

Eggleston Motorsport team owner Rachael Eggleston said while it was unfortunate for Dumbrell and the team, they are focused on a full recovery before next season begins.

“He has recently dislocated his shoulder and in that has done a lot more damage than expected. He has ruptured the previous reconstruction and also broken part of his shoulder, so he’s had to have fairly immediate surgery,” Eggleston told Supercars.com.

“He has had pre-existing shoulder injuries and reconstructions in the past so I guess it’s a bit of a weakness. He will be in a sling for quite a while.

“Unfortunately, he only has one operating arm at this point which doesn’t let him drive around the brutal streets of Sydney, so it’s not ideal."

Eggleston emphasised the disappointment of Dumbrell’s incident given the team have had fairly average luck this year.

“To not be able to maintain our third in the overall standings and take home the privateers cup is hugely disappointing for us, the crew and PD but unfortunately that’s life and he needs to make sure he recovers and gets better because he wants to keep driving next year,” Eggleston said.

Dumbrell currently sits in third position on the Dunlop Series leader board,  and is likely to fall down the standings missing the round. Dumbrell finished second in the championship in 2015, claiming the title in 2002 and 2014.

The top five drivers could change dramatically with the veteran out of contention. Todd Hazelwood currently sits in fourth position, 47 points behind Dumbrell and James Golding 88 points behind.

Despite Dumbrell’s misfortune, Eggleston Motorsport is focused on the 2017 Dunlop Series campaign with two Triple Eight 'Car of the Future' chassis secured to run next season.

“We have bought two cars off Triple Eight that we take delivery of in January at this stage. We will be running a minimum of two COTF cars and there is potential to run three, but definitely two,” Eggleston confirmed.

“Triple Eight are the dominant force in the main series at the moment and I think anyone would want to be in a Triple Eight car at the moment, so we have a lot of interest and we expect to make further announcements in the next two or three weeks about who will be driving with us,” Eggleston said.

“PD is in the frame but there is also a number of other people we are talking to."

While Eggleston did not confirm Dumbrell to race with Eggleston Motorsport in 2017, she said it is a work-in-progress and he is someone they love having at the team.

“He has made it no secret that if he is to continue driving in the main series as a co-driver in the enduros he feels he needs to do Dunlop Series at the same time. Dunlop Series is a big part of his overall driving program."

Eggleston emphasised the team do not intend to run the current blueprint cars they have been racing this year, but transition to full COTF car for 2017.

“There is no doubt with our new cars and the types of driver we are talking to we are going out to win the Championship next year, that is our aim every year,” Eggleston said.

“We are focused on having drivers in our cars that are capable of being in the top three to five consistently and not only have one up the front but two or three."