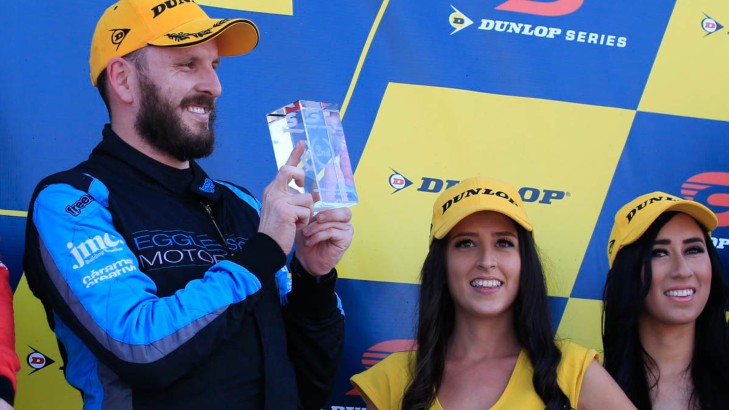 The veteran racer drove to his second victory of the season yesterday after starting from third, taking the race lead by the second corner on the first lap.

The race win handed Dumbrell another 150 points towards his series campaign and saw him end the weekend second for the round.

The usually irrepressible Dumbrell has struggled to beat a dominant Waters this season, who held a winning streak of seven race wins after his victory on Saturday.

But Dumbrell ended Waters' run of wins yesterday, and as the only other race winner this season, he showed he isa force to be reckoned with as the season enters its final few rounds.

"The back end of the year is important to us," Dumbrell told v8supercars.com.au.

"The last few rounds will very much decide the championship, so at the moment we're just making sure we're close enough at this point to really take advantage of that.

"I'd love to battle it out on track and the best man will win."

Howeverthe points Dumbrell claimed yesterday weren't enough to narrow the margin to Waters in the standings, who now leads the series by 145 points after winning on Saturday while Dumbrell finished fifth.

But despite the expanded points margin, Waters is well aware of the threat the two-time champ will pose as the series draws to a close.

"You've always got to finish, and to have one DNF will make [the gap] pretty tight again.

"I just want to finish [every race] and try and be up the pointy end, and the championship will sort itself out."

The Dunlop Series resumes at the fifth round at the Coates Hire Ipswich SuperSprint, July 31 to August 2.