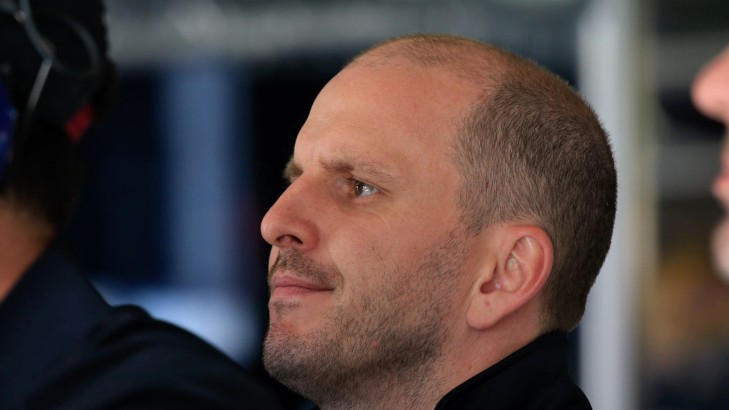 Paul Dumbrell is doing everything he can to keep his championship hopes alive, having again proved he is the one to beat at this year's Supercheap Auto Bathurst 1000.

With 300 points up for grabs today - and Dumbrell only adrift from Waters by 173 points - the two-time Dunlop Series Champion is eager to reproduce last year's victorious result at Bathurst to take the title fight down to the wire.

"We have a long race tomorrow, so we'll just make sure we stay out in front.

"We won this race last year as well, and it's going to be tough."

With the series leader close behind and having a speedy showing in the V8 Supercars practice yesterday, Dumbrell is wary that his efforts in qualifying will be worth nothing unless he can master the mountain this afternoon.

"We're confident we're going to have a quick car, whether or not we're the quickest, we'll know tomorrow," Dumbrell said.

"Cam [Waters] has been super quick all year, made no mistakes. I know he'll bring his A-game tomorrow, so hopefully we bring ours as well."

Dumbrell put together a flawless run to clinch AMOR ALL Pole Position, although the road to the first grid spot was hindered numerous times throughout the session.

"We were surprised by the pace of the car, it was very good," he said.

"We lost a bit of time on our quickest lap with traffic on the top of the mountain, which is always going to happen. That's the risk when you leave your run until the end of the session."

Before taking to the track tomorrow, Eggleston Motorsport will make last minute changes to ensure they have a race-ready machine come race time.

"Every time we go out in the car something has changed, either small or large, we're always trying to challenge ourselves," Dumbrell said.

"250 kilometres is a long way around here. One pit stop with fuel and tyres - it's going to be a challenging day no doubt."

The Dunlop Series will return to Mount Panorama at 9.45am for a brief warm-up before the green flag drops for the 250 kilometre race at 2.00pm.