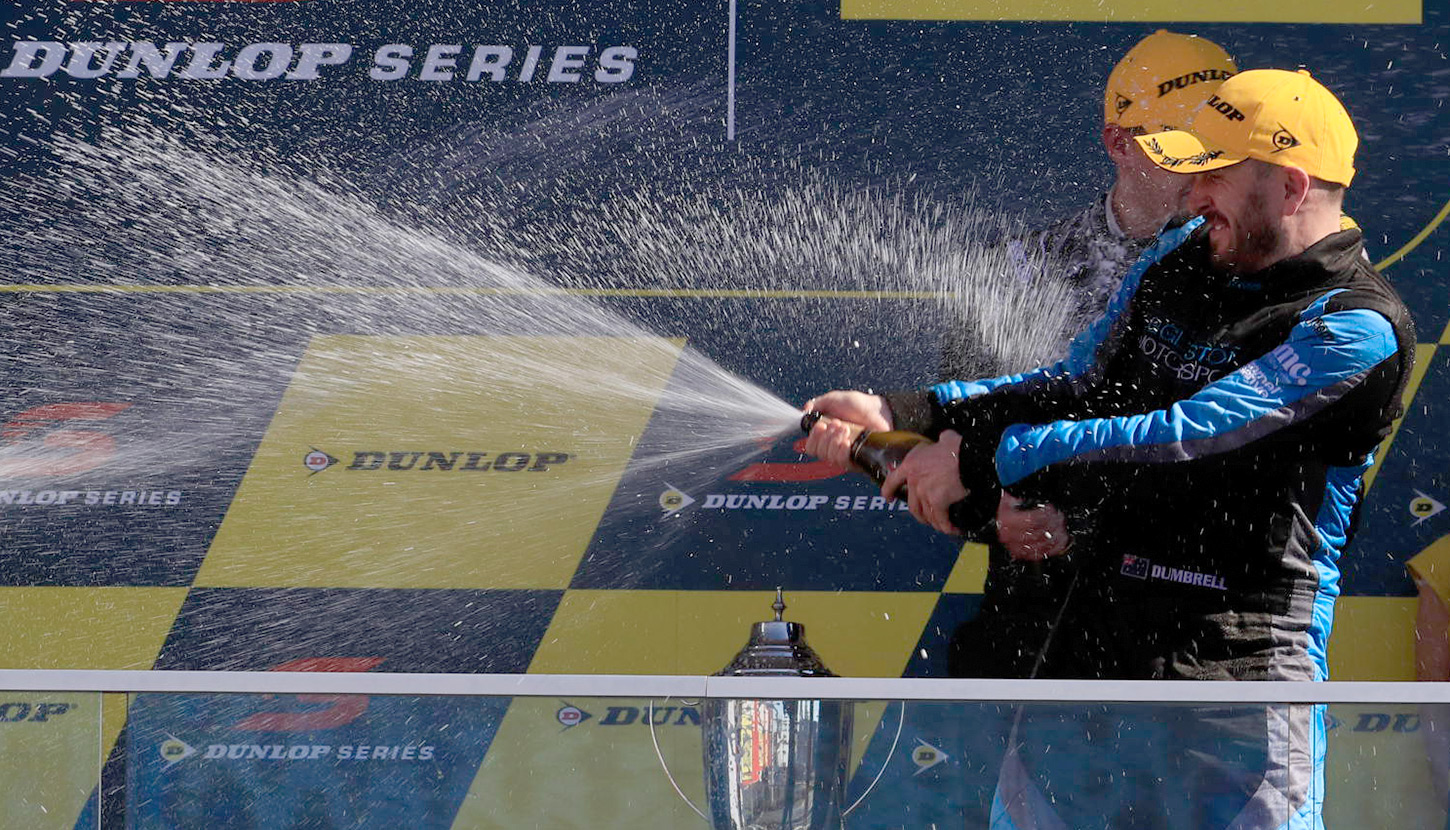 Dumbrell took the 250km race win, disappearing into the distance from the rest of the field with a comfortable 11.3 second lead to championship leader Garry Jacobson.

Prodrive racer Garry Jacobson made his mark late in the session. On lap 39 he made a move to take P2 on the podium in front of Anton De Pasquale. He finished with a best lap time of 2min08.6551 seconds.

The result means Jacobson heads to the final round, the Coates Hire Sydney 500, with a comfortable 151-point lead in the championship ahead of teammate Jack Le Brocq who finished seventh in this afternoon’s mini enduro.

Only 300 points are left to earn across the two races in Sydney.

Paul Morris Motorsport’s Anton De Pasquale Falcon was a rocket across the mountain – he also stood on the podium.

This afternoon's third place podium finish is his best performance of the season, just 1.3 seconds behind the series leader after the final lap was concluded.

Richard Muscat also demonstrated his ability to fight at the front, putting his best efforts forward to finish in position four, his best result of the 2016 season also.

With 35 laps remaining, Golding hit the wall damaging the right side of his GRM Holden at Sulman Park.

Seventeen-year-old Dunlop Series rookie Jack Smith went straight ahead at the Esses, coming to a rough holt at the Coppers Dipper after smashing the wall twice.

He got out of the car safely but appeared to be shaken up after the incident, leaving the incident with the medical team.

Fifty minutes into the race, Josh Kean made contact with Adam Marjoram down The Chase, spinning his Falcon around. Kean incurred a pit lane penalty for the driving infringement.

The most daring move was made when Shae Davies went wide at Reid Park and Todd Hazelwood went underneath him at McPhillamy Park. Big move for the young front-runner.

There was a significant amount of pit lane penalties given. Today’s 250km mini enduro is the only race a compulsory pit stop is required for the Dunlop Series crews, causing much confusion and chaos amongst the pack.

The Dunlop Series' final round is at the Coates Hire Sydney 500, from December 2-4.