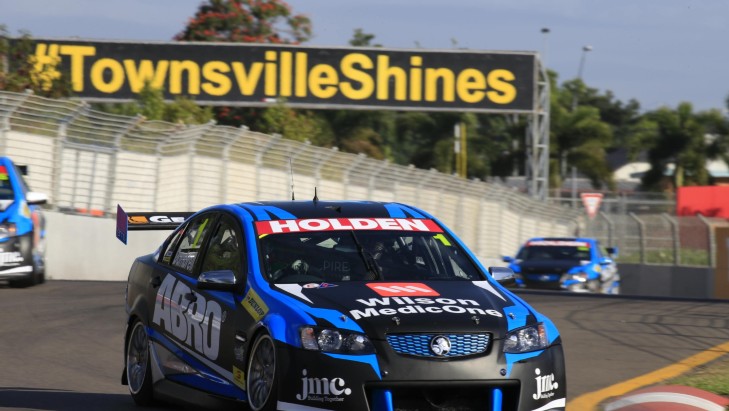 Paul Dumbrell believes his Eggleston Motorsport squad can topple Cameron Waters after the young gun's recent winning streakthis weekend to return to the winners circle at the Castrol EDGE Townsville 400.

While the two-time Dunlop Series champ is second to Waters in the series standings - adrift by 118 points - he's only won one race all season.

Waters has impressively clinched seven of the eight racesstaged so far and while Dumbrell hasn't finished outside of the top 10all year, he's felt he hasn't been able to challenge Waters' and his dominant form.

But the 32-year-old maintains his Eggleston Motorsport squad will be able to close the gap to the Prodrive Racing Australia tyro, finding the confidence theteamlacked earlier in the season.

"We're a lot more comfortable and confident than what we were over the last couple of rounds," Dumbrell told v8supercars.com.au.

"We might have been second or third over the last couple of rounds, but we were a bit further off [in pace].

"It's challenging for us, but overall we can absolutely challenge Cam, we've just got to make sure we're on our A-game."

While Dumbrell fell second to Waters again in yesterday's two practice sessions, he was full of praise for his PRA counterparts, applauding the team for the "really good job" they've done this season.

The former V8 Supercars Championship driver, who returns as Jamie Whincup's co-driver for the PIRTEK Enduro Cup, also echoed recent talk that Waters is ready to graduate to the main series.

"They've been really, really strong. They've consistently been really quick every practice session, every qualifying session - they just haven't made a mistake," he said.

"Cam's definitely learned a lot from last year, he's a lot more consistent and not making as many mistakes like we all do when we're young.

"He's certainly shown that he's got the measure to be competitive in the main series, and he's very much deserving of a main series gig.

"Cam's still got a nice little advantage that he had [yesterday], so our job overnight is to make a few changes to the car to make sure he's not going to have it [during the races]- but that's a big job."

Dumbrell returns to the track this morning to put his Townsville campaign into gear, with qualifying at 10.20am.