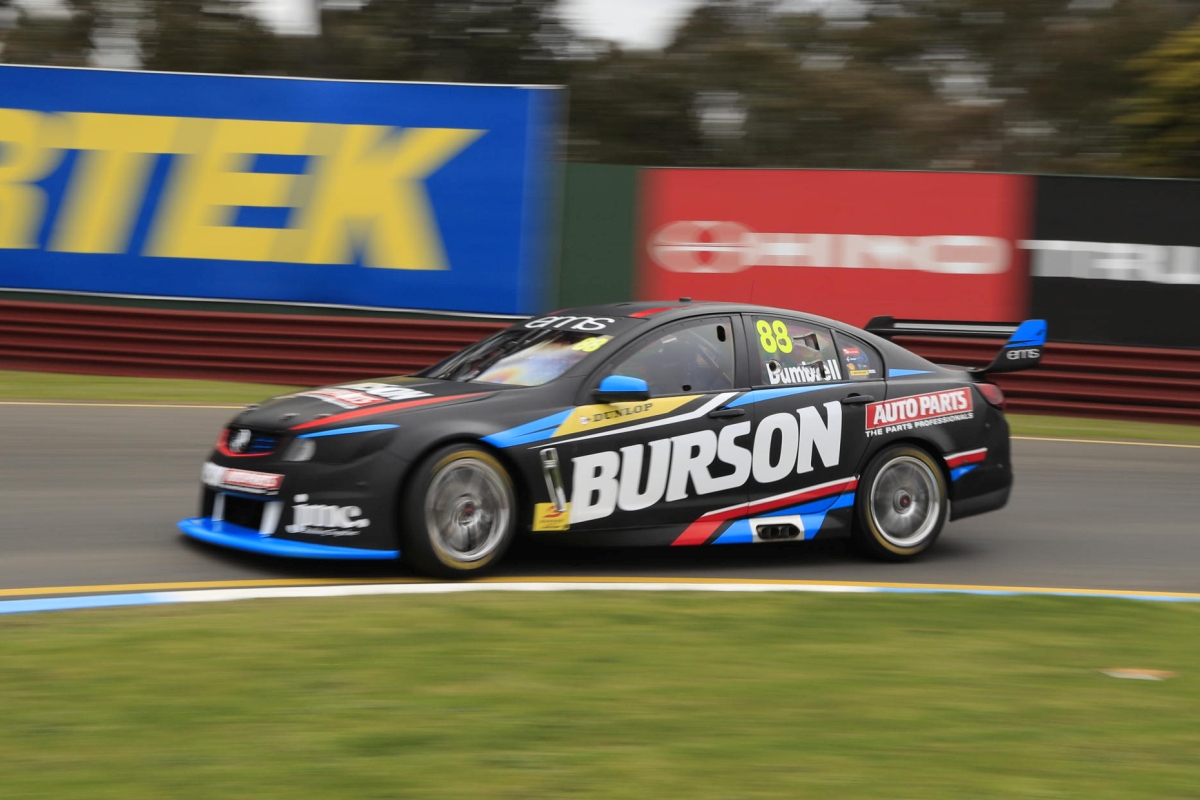 Dumbrell turned a 1m10.1561s in a session delayed by three separate red flags for drivers going off at a drying Turn 9.

While Dumbrell was a mainstay at the top, Hazelwood was only 10th when the track went green for the final time with less than three minutes remaining.

Hazelwood managed to pull a quick lap together to get within 0.0743 seconds and secure a front-row start, alongside the man he leads in the standings by five points.

Sydney Motorsport Park round winner Anton De Pasquale took third place, with Dumbrell’s rookie Eggleston Motorsport team-mate Will Brown was fourth, both drivers having spent time at the top of the order.

Mason Barbara was the first driver to go off at Turn 9 and cause a red flag, doing so before he set a time, followed in the 15 minutes by Jake Kostecki and defending champion Garry Jacobson, who lost his Falcon entering the Esses.

“It’s unfortunate,” Barbera said. “I got a little bit locked up and ran out of talent.”

The three drivers will start at the back of the grid, Jacobson after going quickest in practice on Friday, while Josh Kean had a wild ride through the gravel trap but made it out and will start 15th.

The opening Dunlop Super2 Series race at the Wilson Security Sandown 500 starts at 3:15pm on Saturday.