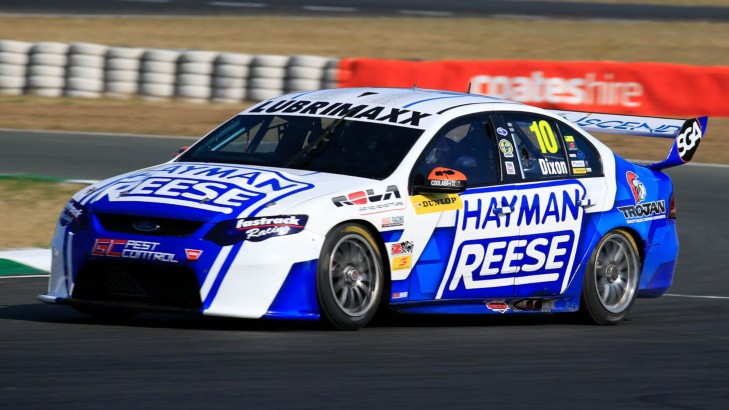 V8 Supercars hopefuls Ben Grice and Chelsea Angelo are optimistic a strong performance at next week's evaluation day with Image Racing will earn them a spot on the V8 Supercars Dunlop Series grid in 2016.

Last month, Grice and Angelo were hand selected by Image Racing team owner Terry Wyhoon to showcase their talents at an evaluation day with his squad at Winton Motor Raceway.

The evaluation day was originally scheduled for November 4, but due to rain, Whyoon was forced to postpone until November 19.

With the test now only days away, the promising racers are in raptures over their upcoming assault of a V8 Supercar, having completed seat-fittings with the Victorian-based outfit last week.

But while they're excited for the test, both drivers also seepotential in converting the evaluation day into a seat next season.

For Angelo, it's a chance to return to the Dunlop Series grid. The 19-year-old contested the first round of the series this year, but a lack of funding sidelined her for the rest of the season.

"I'm extremely excited to get back behind the wheel," Angelo told v8supercars.com.au.

"I've been out of the car for quite a long time so I'm thankful Terry has given me the opportunity to drive one of his cars.

"It's a huge opportunity, and I really need to make sure I utilise it. Going into this test day is huge because it could potentially result in a drive for next year."

In preparation for the test, Angelo has been training six days a week, spending hours in the simulator and going over on board footage regularly.

While she's keen to impress on the evaluation day, the former Formula 3 racer also has goals of her own that she wants to achieve at the test.

"It'll take me time to get used to [driving the V8 Supercar] again, but I have no doubt in myself I'll pick it up quickly," she told v8supercars.com.au.

"If they can see me improve, that's what I'm hoping for. If I can go out in one session, and improve in the next session, then that will be fantastic.

"If I were to expect something, hopefully we might be able to get a drive for next year. But for me personally, if I can just improve in myself, then that's a big achievement for me."

The Super Six series competitor tested an ex-Brad Jones Racing V8 Touring Car at Winton earlier this year, but is yet to make his Dunlop Series debut.

While he isn't underestimating the challenge, Grice is eager to possibly convert the test into a drive next season, if he can secure the backing.

"It's a pretty big step from what I have been driving.... but I'm really looking forward to getting into the car and seeing what speed I have.

"I've got plenty of proposals out to try and get the funding to try and run in the Dunlop Series next year, and I'd like to do it with Terry. It looks like he's got a very good workshop and his cars are quite good.

"I'm just doing my best to make it happen at the moment."