The young men are proving their passion and enthusiasm for motorsport as they juggle the double duties of working in Supercars Championship teams and racing in the Supercars Dunlop Series.

Initiative was the key – the opportunities arose for both in a classic example of ‘if you don’t ask you won’t get’.

Kostecki and brother Jake race new gen Triple Eight Supercars in the Dunlop Series, so the car Kurt works on is almost identical to the one he races.

“At the start of the year we came to pick up our cars, and were booked in for two weeks for the boys to take us through the running and mechanics of the car, but we got everything done in a week,” Kostecki told Supercars.com.

“I asked if I could hang around for another week and learn a bit more. By the end of the week they asked if I wanted to stay for a few months and that’s how it’s been ever since.

“I got offered the job and now live with David Cauchi, Jamie Whincup’s Engineer in Brisbane. It was a bit of the right place at the right time and I’ll see where it takes me now,” Kostecki said. 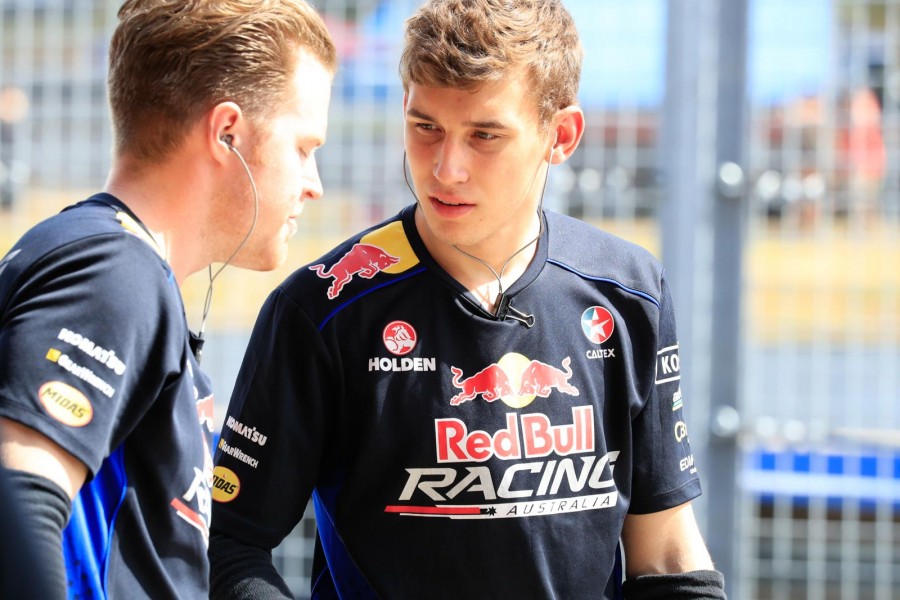 Golding approached GRM seeking job opportunities and was taken on board for a three-week trial period, which led to the mechanical engineering apprenticeship he is currently completing with the team.

“I have been with Garry for three and bit years now,” Golding told Supercars.com.

“I deal with all the driveline components including the brakes, pumps, tailshafts, gearbox, all that sort of stuff, then I help on my car and sort out my own wheels and tyres for my DVS car and any other extra work that needs doing throughout the workshop.

“I’m pretty much an extra hand at the Championship rounds because there are two mechanics per car on the Volvos and I’m just an extra hand on both of them,” Golding said.

Whilst Kostecki says he is not an apprentice with Triple Eight, he is gaining valuable experience as an employee of the team.

“I’ve been moving around and put into a lot of different roles, but I’ve mainly been number three mechanic on Shane van Gisbergen’s car,” Kostecki told Supercars.com.

“It’s good because they move me around wherever I’m needed really and last round in Winton, I was number three mechanic on Craig’s car because they needed someone to step in.

“I really enjoy working with the boys and girls here, everyone is 100 per cent supportive and very hard working people and that’s why I think the team is as good as it is, because everyone is working towards the same goal and will do anything to get it.”

A flexible arrangement has been negotiated between Golding and GRM, since it was confirmed he would be co-driving for GRM in the Pirtek Endurance Cup, allowing him to juggle his work and driving demands.

“I’m definitely going to be co-driving, it’s just not confirmed of who it’s going to be with yet,” Golding told Supercars.com.

“Garry will make his mind up maybe a week before the event or something like that, he isn’t too fussed about that yet. We have still got a test day and a few other runs in the car, so he will decide based off that and there are a lot of other things that come into it all a well.

“It shouldn’t be too bad balancing it all, I think Garry will be happy if I just concentrate on driving for those events and I think I should be able to handle it.” 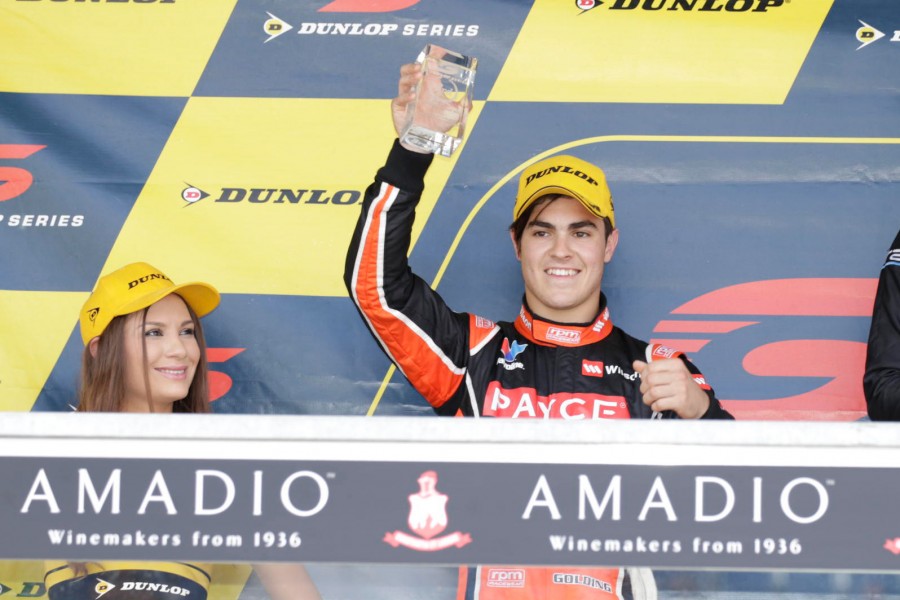 Kostecki said Triple Eight was accommodating of his racing and does not expect him to balance the double duties of working as a Junior Mechanic and driving in the Dunlop Series.

“Triple Eight let me race with my team on the Dunlop Series rounds and on the other rounds I can come and work on the cars,” Kostecki told Supercars.com.

“Red Bull have helped me a lot and they have the best guys in pit lane to teach me about these cars.

“I can take bits and pieces away that all make a difference in my own driving, and working on the car gives me a good idea of the feedback I can give to my engineer and my own team on how to make our cars go faster.”

Golding admitted he was confident GRM would hold a position open for him as he finishes his apprenticeship with the team.

“I’m pretty confident that they will have a spot for me there once I have finished my apprenticeship,” Golding told Supercars.com.

“I’ve always wanted to do that as a backup if my racing doesn’t go as planned in future years so I’ll be happy to keep doing that.

Kostecki acknowledged there was nothing he was perfect at yet – his focus is to be continually improving his driving and fitness as a contestant in the Dunlop Series.

“Going into the year I didn’t really expect much,” Kostecki told Supercars.com.

“I think if I keep four wheels on the car and improve round by round, I will be happy with that.”

Red Bull Holden Racing Team ›
15' Wilson Security Racing GRM ›
Stay In The Know
Sign up to the Virgin Australia Supercars Championship Newsletter
We use cookies to ensure that we give you the best experience on our website. If you continue to use this site we will assume that you are happy with it.Ok