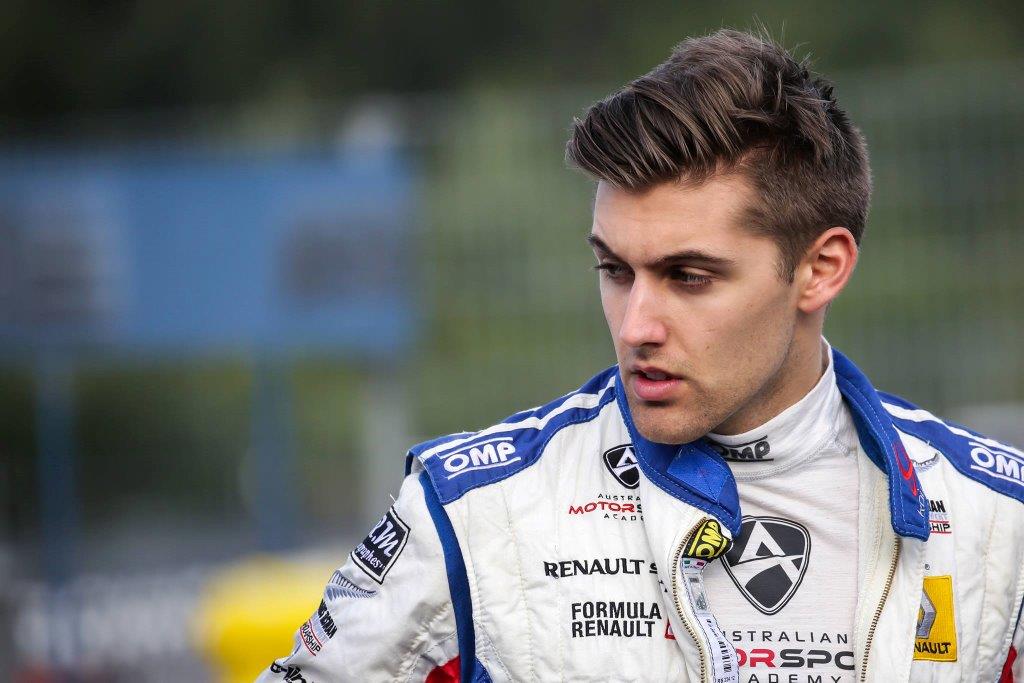 The 2013 Australian Formula Ford Champion has returned to Australia after two years of intense competition in Europe, which saw the young Aussie claim the 2014 Formula Renault 1.6 NEC title before graduating to Formula Renault 2.0 last year.

De Pasquale's addition to the field will see him join a long list of rookies making their debuts in 2016 and the Melbourne based driver is excited about the season ahead.

"Racing in V8 Supercars is something that has always been on my radar and I am sure the learning I accumulated overseas will help fast-track my debut into the category. I was looking for somebody who could teach me the finer art of driving cars with a roof over my head and Paul, his team and their facility will provide everything I need to be able to enter the Dunlop Series this year.

"I had a run in the car late last year and Paul helped make the transition a smooth one. I have realistic expectations about the year ahead and know these cars take some time to get on top of but feel sure I am in
good hands and can't wait to get stuck into some testing prior to the first event on the streets of Adelaide.

"I'm firmly focussed on carving out a career in V8 Supercars although it's hard to predict how I will go in my first year, even more so with there being two different spec cars in the category for the first time. Just like I always do I will be giving it my absolute best shot."

Team boss, Morris is also excited about the prospect of working with De Pasquale.

"We tested Anton after Homebush last year and he was very impressive, right on the money straight away, gave good feedback and had the right attitude and approach, so we are delighted that he will be driving the number 67 machine in this year's Dunlop Series.

"We were on the hunt for driver who could work with our existing commercial partners and also someone we could help develop over the long-term to become a major force in V8 Supercar racing.

"Our operation has a good record of training and coaching top class drivers, but with the way this business is these days you need a strong commercial team around you to sure things up and create a sustainable platform to compete.

"By taking this two pronged approach of managing Anton's racing program and his commercial activities - combined with the resources we have here at Norwell - we can put together a very strong long term plan.

"I feel sure that Anton’s experience from racing in Europe for the last two years will give him an edge in driving attitude that, when combined with our knowledge of the V8 Supercar business, will provide all the right
ingredients for success."

07/12/2015
Related Content
Caltex backs Renee Gracie  ›
20/01/2016
Stay In The Know
Sign up to the Virgin Australia Supercars Championship Newsletter
We use cookies to ensure that we give you the best experience on our website. If you continue to use this site we will assume that you are happy with it.Ok