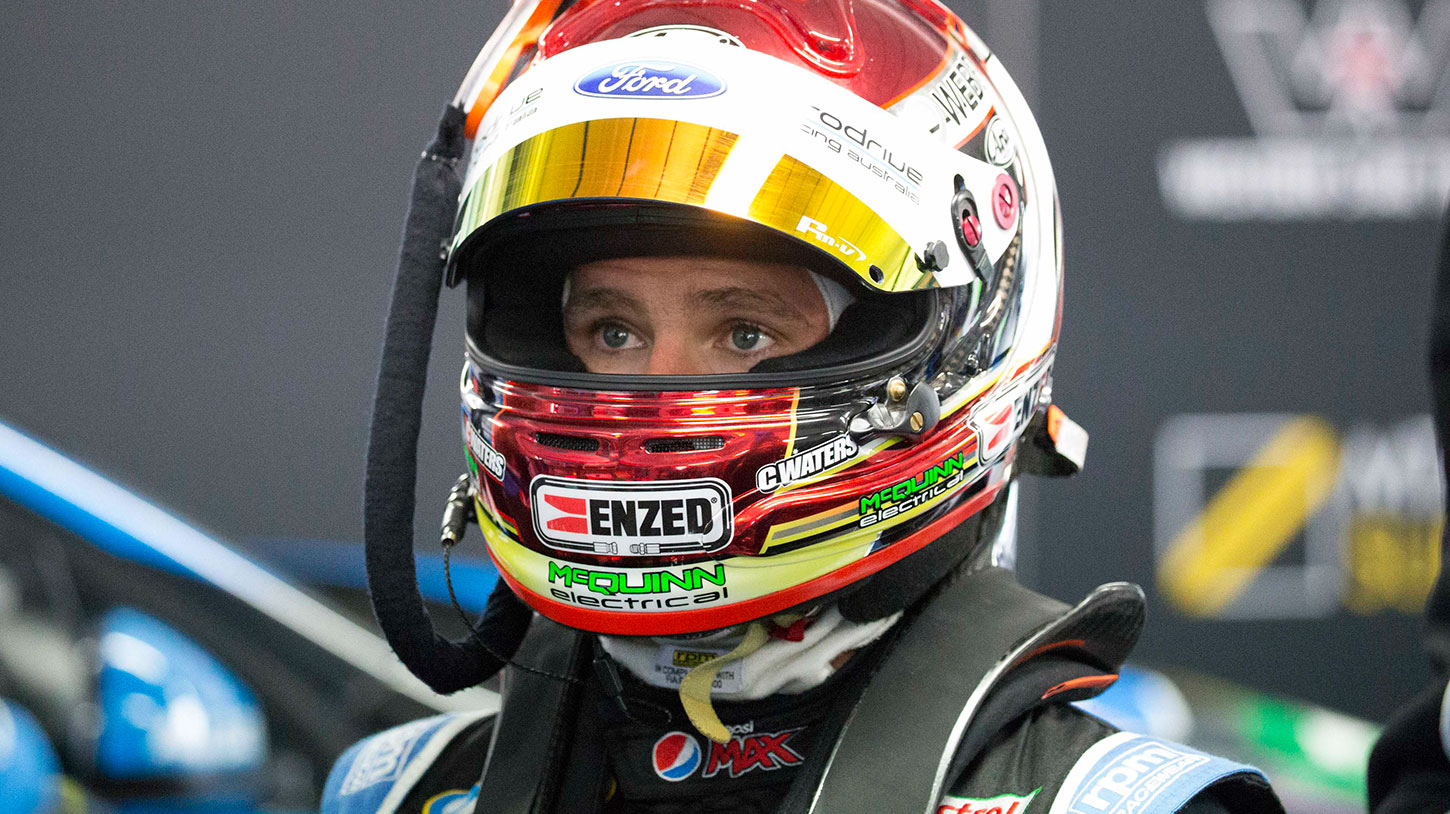 Finishing ahead of Paul Dumbrell at next weekend’s Coates Hire Sydney 500 will mark the end of Cameron Waters’ almost four-year quest for the V8 Supercars Dunlop Series title.

The Prodrive Racing Australia gun is in the box seat to take out the Dunlop Series crown at Sydney Olympic Park, holding a 149-point lead over second-placed Dumbrell heading into the grand finale.

Fending off Dumbrell and maintaining the two-time Dunlop Series champion’s points deficit will be crucial to the 21-year-old’s title hopes this weekend, who first entered the category in 2011 for a one-off appearance at Sandown.

A partial season in 2012 and three full-time assaults later, Waters is now in his best position yet to take out the title, and is focussed on nothing less heading in to the final two races of the season.

“Hopefully I’m quick enough to win on Saturday,” Waters told v8supercars.com.au, who will wrap up the series before Sunday at Sydney if he can bank 150 points in the first race.

“But if I can’t beat PD [in the race], I’ll take the points and make sure I finish both races.

“It would be awesome to win the Dunlop Series… I’ve been working towards it for the last three and a half years, so it would be good to win for ENZED, all my sponsors and to get Prodrive their first Dunlop Series crown as well.”

Water’s Prodrive squad is also in contention for the V8 Supercars Championship at the Coates Hire Sydney 500, with Mark Winterbottom leading the charge heading into the grand finale.

Should Waters win the Dunlop Series title and Winterbottom claim his maiden V8 Supercars Championship at Sydney, it will be the third time in history a team has won both crowns.

“That’s what we’re working towards,” Waters said on fulfilling Prodrive’s prospects to win both drivers championships.

“We’ve both got a hard weekend in front of us, but I do think it’s possible. We’ll just go there and do the best we can – like any other weekend – and hopefully, we can walk away with the #1 on both cars.”

Expected to step up to the V8 Supercars Championship next season – filling the Prodrive seat vacated by a departing David Reynolds – Waters was given the chance to prepare for his imminent drive in the Championship as he filled in for an injured Chaz Mostert at Pukekohe and Phillip Island.

While he will hand Car 6 over to Steve Owen next weekend so he can focus on his Dunlop Series ambitions, Waters believes the main game experience was invaluable.

“It’s a real step up going into the main series and every time I got in the car, I got better,” Waters said of his foray in the Championship.

“I was always sort of around the [top] 10… and stepping into the car with not that much experience, I thought that wasn’t too bad of a job.

“I just wanted to go out and race and get a feel for it and what it’s all about, and learn as much as I could. It wasn’t an audition, but it was good to race the guys – they ruffled me up a bit and I gave it back to them, I kind of showed that I wasn’t going to take anything from them, so it was good. It was really good.”

The Dunlop Series title fight will resume at the Coates Hire Sydney 500, taking to the track for practice on Friday, ahead of qualifying and racing across Saturday and Sunday.