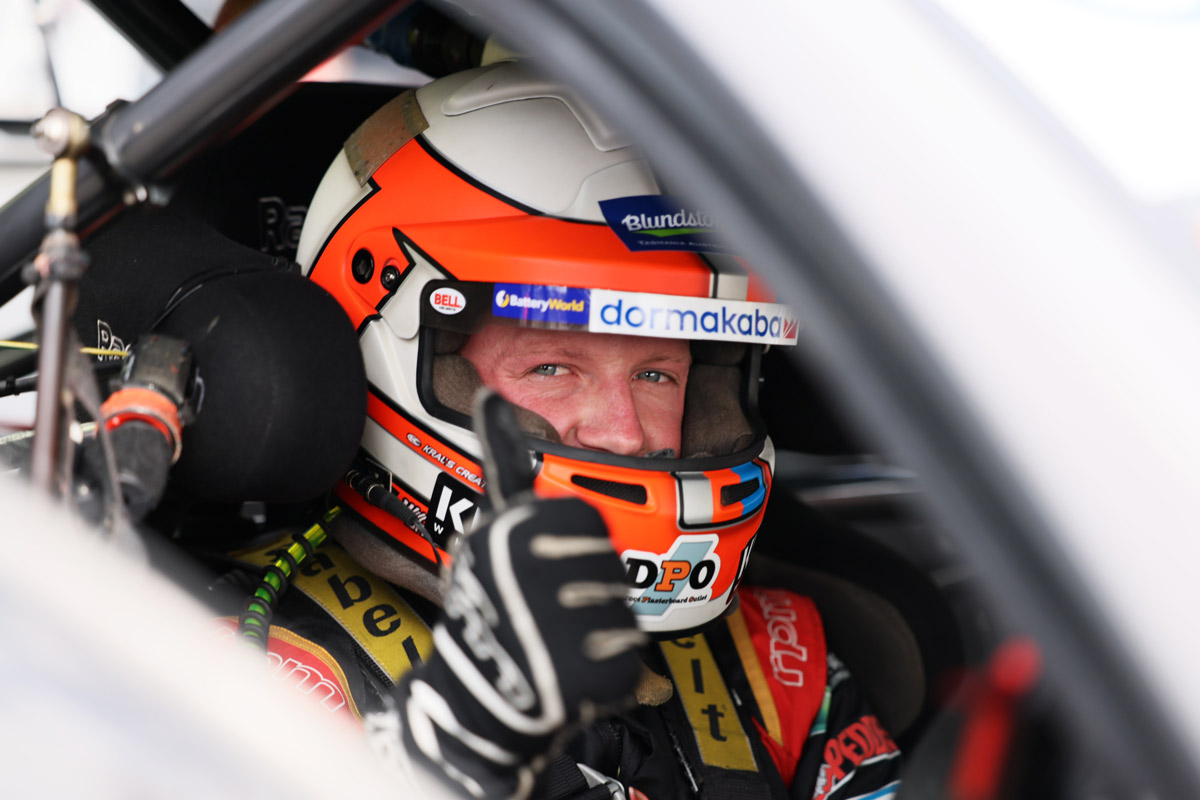 Image Racing's Will Brown completed a sweep of Dunlop Super2 Series ARMOR ALL Poles at Mount Panorama in a session marred by multiple crashes.

Brown, who had taken pole for the category’s opening Bathurst race on Friday, finished 0.0777s ahead of teammate Jordan Boys, with series leader Thomas Randle third.

Brown put in a 2:07.0695s on his first flying lap, which remained good enough for first as Broc Feeney, Angelo Mouzouris and Super3 driver Declan Fraser all crashed out in separate incidents.

Feeney and Mouzouris have both been ruled out of this afternoon's race but have been given the all-clear from the on-site medical team after their particularly heavy crashes.

There was early drama when Feeney clouted the wall with significant force just before The Dipper on his first flying lap of the session.

As a result, the first of three red flag stoppages were brought out with 16 minutes remaining, leaving the entire field without a competitive time.

"A bit unfortunate but we saw a similar thing with Thomas [Randle] in our car last year at a similar point of the track as well.

"He’s pushing hard which is what we want to see from him and sometimes you just overstep the mark."

Once the session resumed, with no time lost, it was Brown who set the immediate benchmark.

As the second round of laps got underway, Mouzouris had a scary moment at Skyline, which ended with his Triple Eight Commodore in the fence with plenty of damage.

"I didn’t hear from him but he got out of the car and looks alright," said Mouzouris' race engineer Martin Short.

"Unfortunate mistake, I think the wind just caught him out – being a lot windier today, you saw in the main session everyone was struggling over the top and this place is unforgiving."

Due to the extensive stoppages, five minutes was added to the remaining time and the session resumed with seven minutes to go.

That would not matter, though, as Super3 driver Fraser got into the tyre barrier at Griffins Bend, triggering an early end to the session.

Jayden Ojeda bounced back after a last-lap crash in Friday's race to qualify fourth, ahead of Josh Fife, Matt Chahda, Zane Morse and Matt McLean.

MW Motorsport youngster Jaylyn Robotham was the best of the Super3 competitors in ninth.

Heading into the final race this afternoon at 4pm local time, Randle leads Brown by 26 points, with victory worth 150 points.