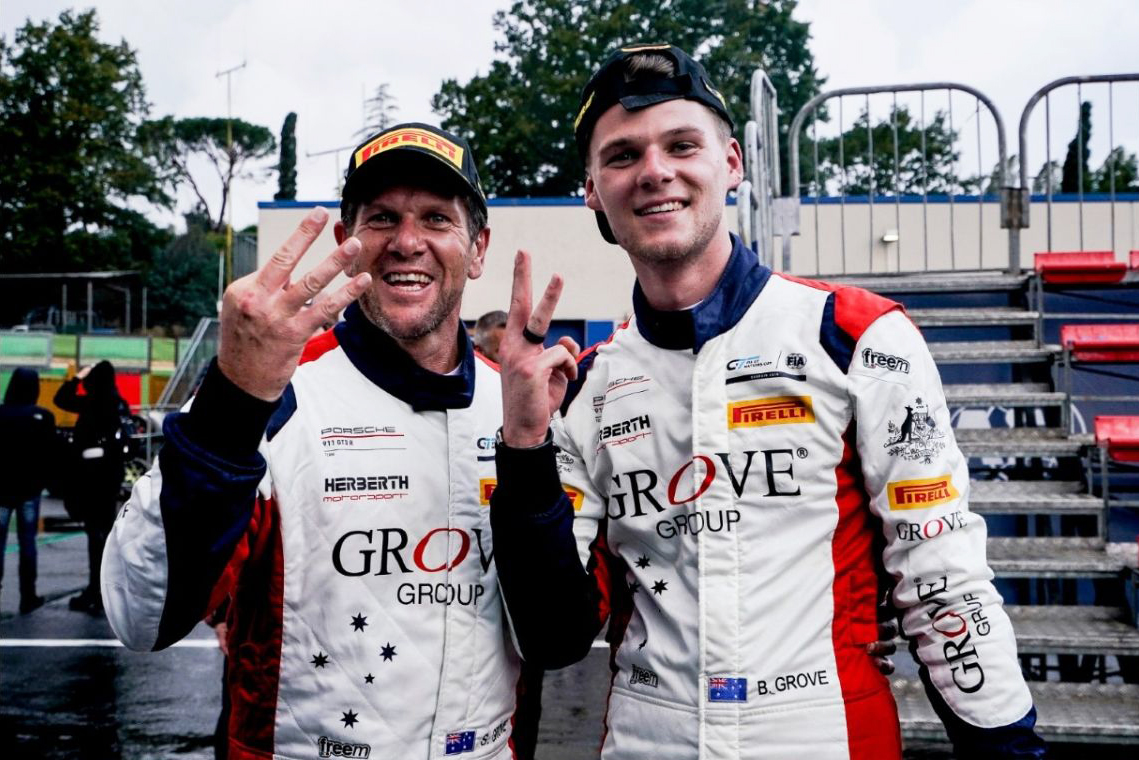 The maiden event was held at Rome's Vallelunga circuit on the weekend and featured Formula 4 and Esports categories, as well as the GT division Grove competed in with father Stephen.

Behind the wheel of a Porsche 911 GT3-R, the Groves took finishes of 10th and 12th in the two qualifying races.

With rain lingering at the Italian circuit on Sunday, the pair started the hour-long main race in eighth and went on to score third in the GT Cup category.

"The weekend was really tricky due to the conditions," Grove told Supercars.com.

"The first two qualifying races were pretty tough with both of us getting turned around, but for the final race we managed to keep it on the island and bring the car home in a really strong position. 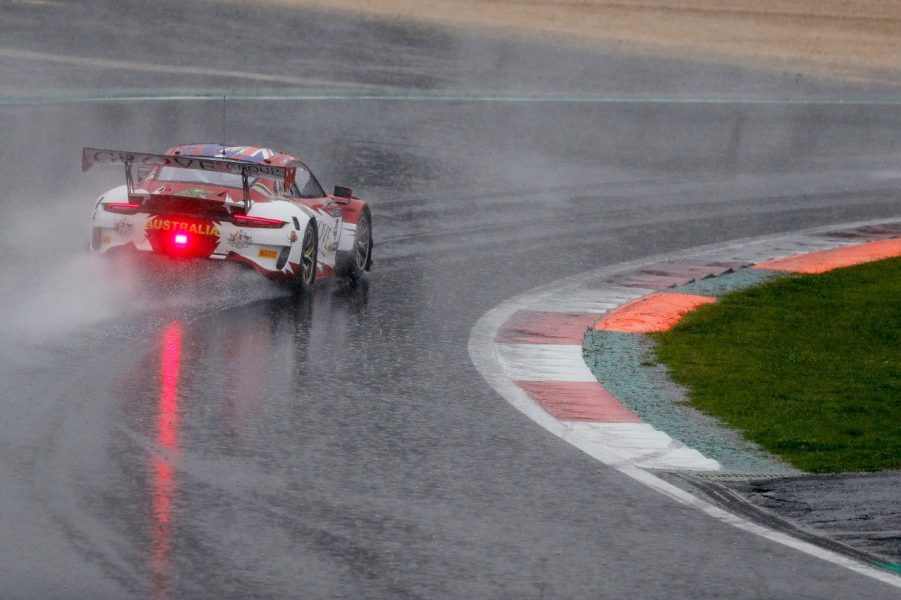 "Obviously for a team perspective it was amazing to finish on the podium, sharing a car with my Dad and representing not just Australia but Porsche.

"The whole event was such a buzz, the FIA and SRO definitely did everything they could to make the show exciting with the opening and closing ceremonies quite lavish and very well presented.

"But also personally it was really cool to qualify in the top five against some of the best Silver GT drivers in the world, some of which are about to be upgraded to Gold.

"Having never seen the car or track before, I think we expected to struggle a little more than we did based on how strong the field was.”

Relishing the opportunity to share a car with his Dad, Grove added: "It’s so special to race with your father, let alone share a podium with him.

"We wouldn’t have been on the podium without his first stint. He definitely set the race up for us. 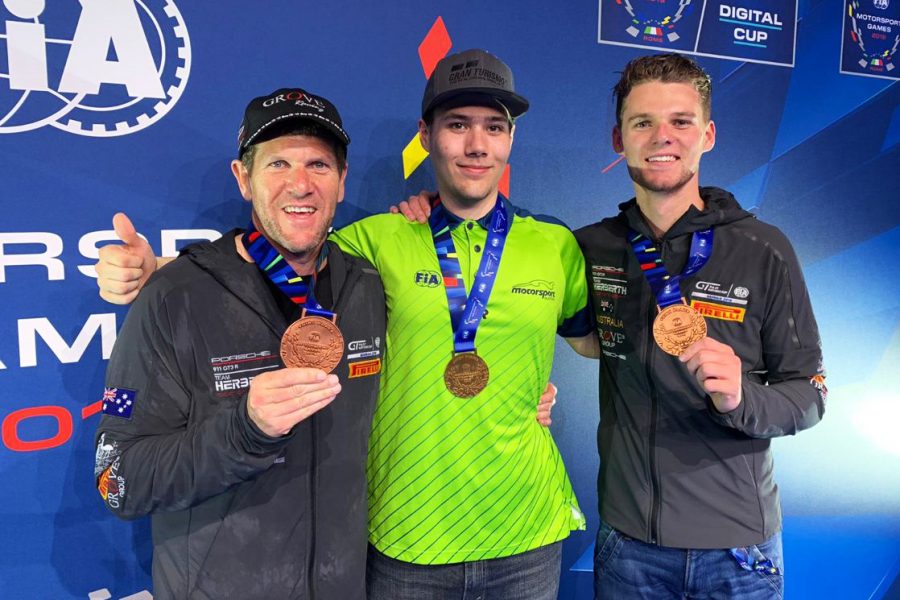 "He had the short straw most of the weekend with old tyres, slicks when it’s wet or wets when it’s slicks, so for him to be as fast as he was without making a mistake was something really cool to see.”

Grove will be back in action this weekend at the penultimate Super2 round at Sandown; the Triple Eight driver currently sixth in the points with a best race result of second in Townsville.

After his weekend battling the elements in Rome, Grove says he's prepared for anything at Sandown.

"Coming from the mixed conditions and torrential rain I don’t think Sandown can throw anything worse at me, so it was definitely a good build up to this weekend,” he said.

"I'm excited to hop back into the Supercar and drive at a track I know.

"Coming off Bathurst we have some strong momentum so hopefully we can stay out of trouble and have a decent showing to bring home some solid points for the championship.”