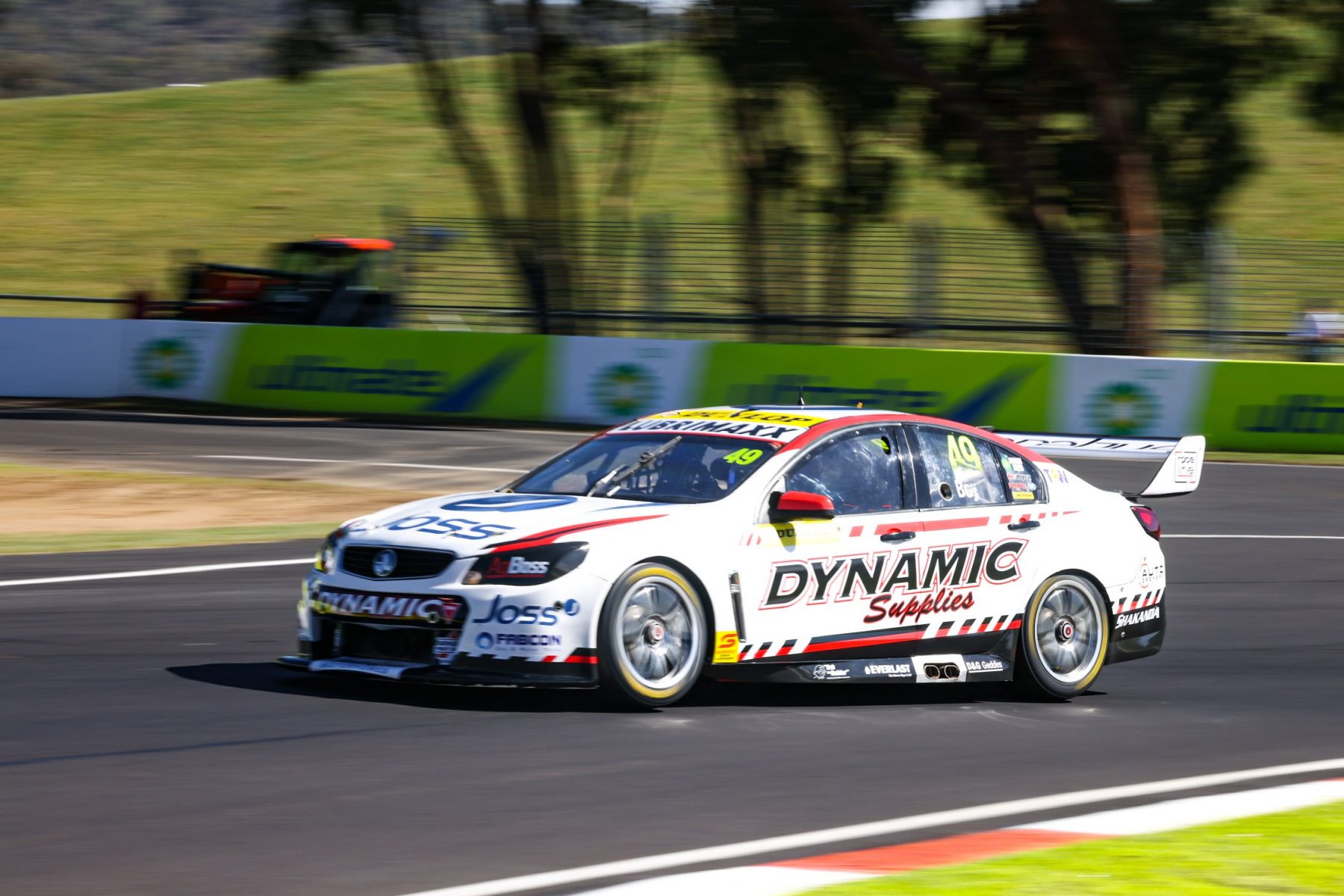 Jordan Boys has recovered from a Practice 1 crash to top an incident-filled second practice at Mount Panorama.

The Image Racing driver topped the 40-minute session with a 2:08.1045s flyer set on his penultimate lap.

Boys had earlier triggered a red flag in Practice 1 following an incident at the Chase, but his team managed to get the #49 entry back out for the afternoon session.

The session was called early following an accident entering the Dipper for Declan Fraser.

Late in the piece Fraser, who set the 11th-quickest time, hit the outside wall an approach to the Dipper.

Jon McCorkindale was again the quickest Super2 runner, clocking a 2:11.2582 on his seventh lap.

The session was also punctuated by a bizarre incident for Eggleston Motorsport's Matthew McLean, who lost his right-front wheel.

The wheel came free on the run to Murray's Corner, with McLean fortunately heading back to the lane.

Boys put a whopping 1.3913s on Broc Feeney, with the Triple Eight recruit leading before Boys dropped in his flyer.

Feeney was just over two tenths up on Jayden Ojeda, who topped the morning session.

Cars will return to the track on Saturday morning for ARMOR All Qualifying at 8:30am AEDT.

Jordan Boys  ›
Stay In The Know
Sign up to the Repco Supercars Championship Newsletter
We use cookies to ensure that we give you the best experience on our website. If you continue to use this site we will assume that you are happy with it.Ok