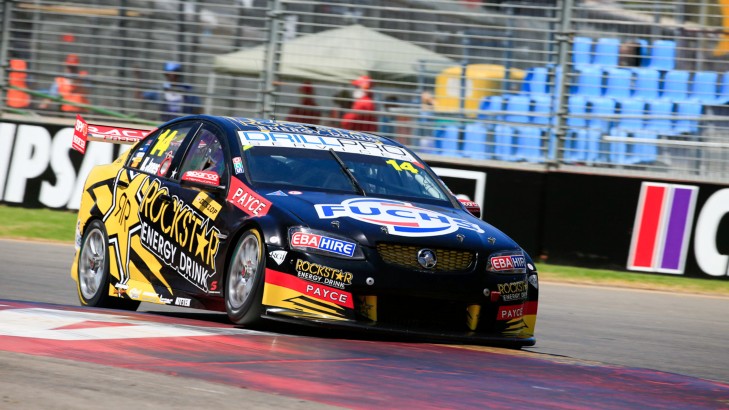 Despite running out of fuel in the last five minutes of the test, Macauley Jones completed 90 laps in his Rockstar Energy-backed Commodore, alongside teammates Andrew Jones and Josh Kean.

While track conditions hindered the team's progress throughout the day, Macauley told v8supercars.com.au the team were able to fulfil their objectives in their attempt to bridge the gap to the Triple Eight and Prodrive Racing-supported cars in the field.

"We find that Winton is quite a difficult track, some days it just doesn't work for you to be honest, and [yesterday]the track conditions I don't feel were that great," the 20-year-old told v8supercars.com.au.

"Over the three cars we all sort of had our own paths we were going along and we tried separate things and saw what worked for each other.

"We definitely achieved what we wanted to achieve, but I feel if the track had of been a bit more our way, we would have been able to research a little bit more... but all in all we still ended up trying what we needed to."

The V8 Supercars Dunlop Series descend on Barbagallo next month for the second round of the series, followed by the Winton SuperSprint two weeks later.

With the series resuming in three weeks time in Perth after its lengthy break following the Clipsal 500 Adelaide, Jones said yesterday'stest posed as a timely opportunity for the BJR pilots to realign themselves with their V8 Supercars.

"[Thetest] was more of a tool for me, as well as trying new things, because two months is a long time to not be driving a race car," he explained to v8supercars.com.au.

"Just to be able to get your eye back in a few weeks before you get to travel to the next event is crucial for me.

"I always hang around the races, but when you're not driving, it makes it a little bit harder in those first few laps going around Perth.

"[Yesterday was] definitely crucial for us as well because we were able to answer some questions with the Winton race meeting coming up."

Macauley Jones heads to the Perth SuperSprint trailing teammate Andrew Jones in the series standings, sitting 13th and 6th respectively. Fellow teammate Kean is currently 31st after a DNF at the season-opener setback his series campaign.