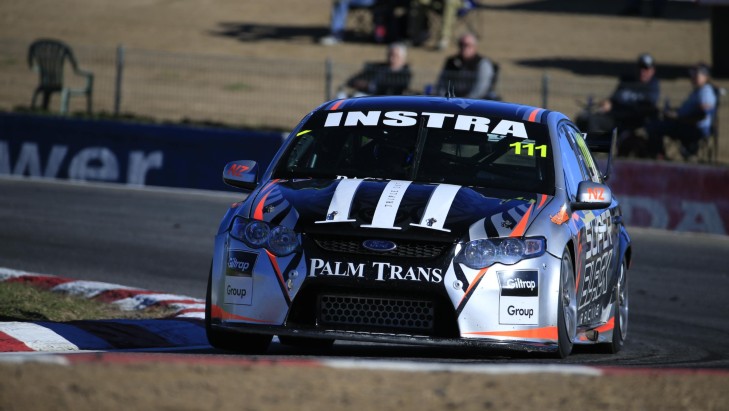 His time of a 1min24.76secs around the three-kilometre circuit saw the kiwi crack the top five behind teammates Jack Le Brocq and Chris Pither.

At his maiden Dunlop Series race in Adelaide the 24-year-old qualified 12th before improving his qualifying performance in Perth to secure sixthplace on the grid.

Now Evans has gone one better from Perth at what is deemed his home circuit outside the motherland through being apart of the Melbourne-based MW Motorsport stable, and will start alongside two-time champion Paul Dumbrell for the 18-lapper.

"It's good to qualify ahead of the reigning champion [Paul Dumbrell], but he'll race well," he told v8supercars.com.au.

"If I can hold my position that will be good, I haven't had a top ten so far.... but ideally I'd like to stay where I am or move forward."

And to hold on to his position, Evans acknowledged a few adjustments are to be made before the first race of the round this afternoon.

"There's a little bit of understeer, but it's not all bad though," he told v8supercars.com.au.

"We'll make a few changes now but I think the key is looking after the tyres. We've only got two sets for three races again.

"From what I hear it probably won't be as bad as Perth, but we've still got to try and manage them."

Stay tuned for race one at 3.40pm this afternoon.

Waters takes pole for race one

Waters to the top in practice two

Local hero Jacobson much more than a racer

15/05/2015
Related Content
Waters takes pole for race one  ›
16/05/2015
Simon Evans  ›
15' Super Black Racing ›
Stay In The Know
Sign up to the Virgin Australia Supercars Championship Newsletter
We use cookies to ensure that we give you the best experience on our website. If you continue to use this site we will assume that you are happy with it.Ok