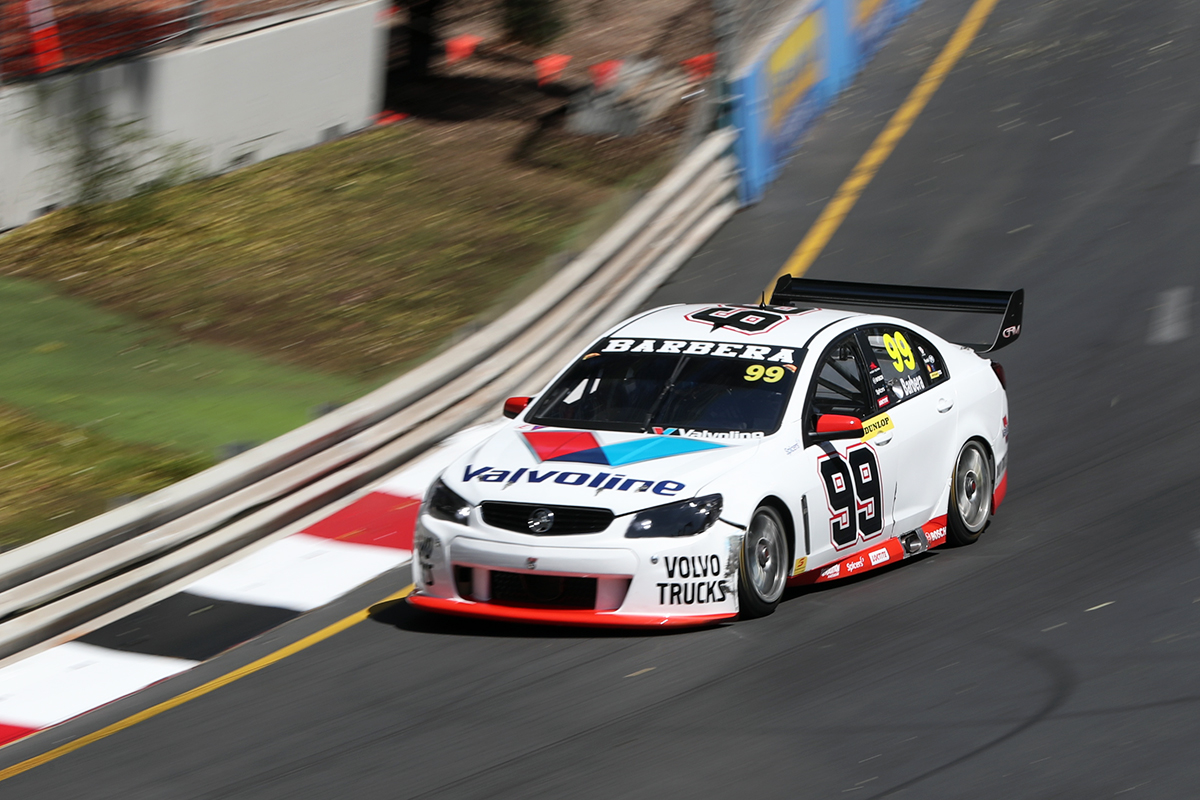 The Queenslander recorded a 1:21.4312s after the chequered flag had flown in ARMOR ALL Qualifying for the 2019 season opener.

Fullwood was atop the order for the bulk of the 20-minute session but displaced by Barbera's late effort.

Thomas Randle put the Tickford Racing Falcon in provisional pole momentarily before a late flurry of laps, eventually finishing third ahead of Zane Goddard in another Nissan.

Triple Eight recruit Kurt Kostecki will start alongside his cousin and former team-mate Brodie Kostecki on the third row.

Brodie Kostecki set the early pace but had a troubled final run, including an off at the final corner and swiping the tyres at Turn 4.

Barbera's GRM team-mate Dylan O'Keeffe was the fastest of the rookies in seventh, ahead of Will Brown who was the best of the three Eggleston Motorsport drivers.

Adam Marjoram and Jake Kostecki rounded out the top 10, while Dean Fiore was 11th, ahead of Ash Walsh and Triple Eight's Brenton Grove.

There was an early stoppage after MW Motorsport debutant Tyler Everingham clouted the Turn 8 barrier, bringing out the red flags.

The clock resumed with 15 minutes remaining, as Everingham's Altima returned to the pits on the back of tow truck before he could set a lap.

Of the other rookies in the field, Justin Ruggier was 15th, ahead of Joel Heinrich and British driver Abbie Eaton who finished 18th and 19th.

The opening race will commence at 5:40pm local time, followed by Race 2 on Saturday, as part of the Superloop Adelaide 500.