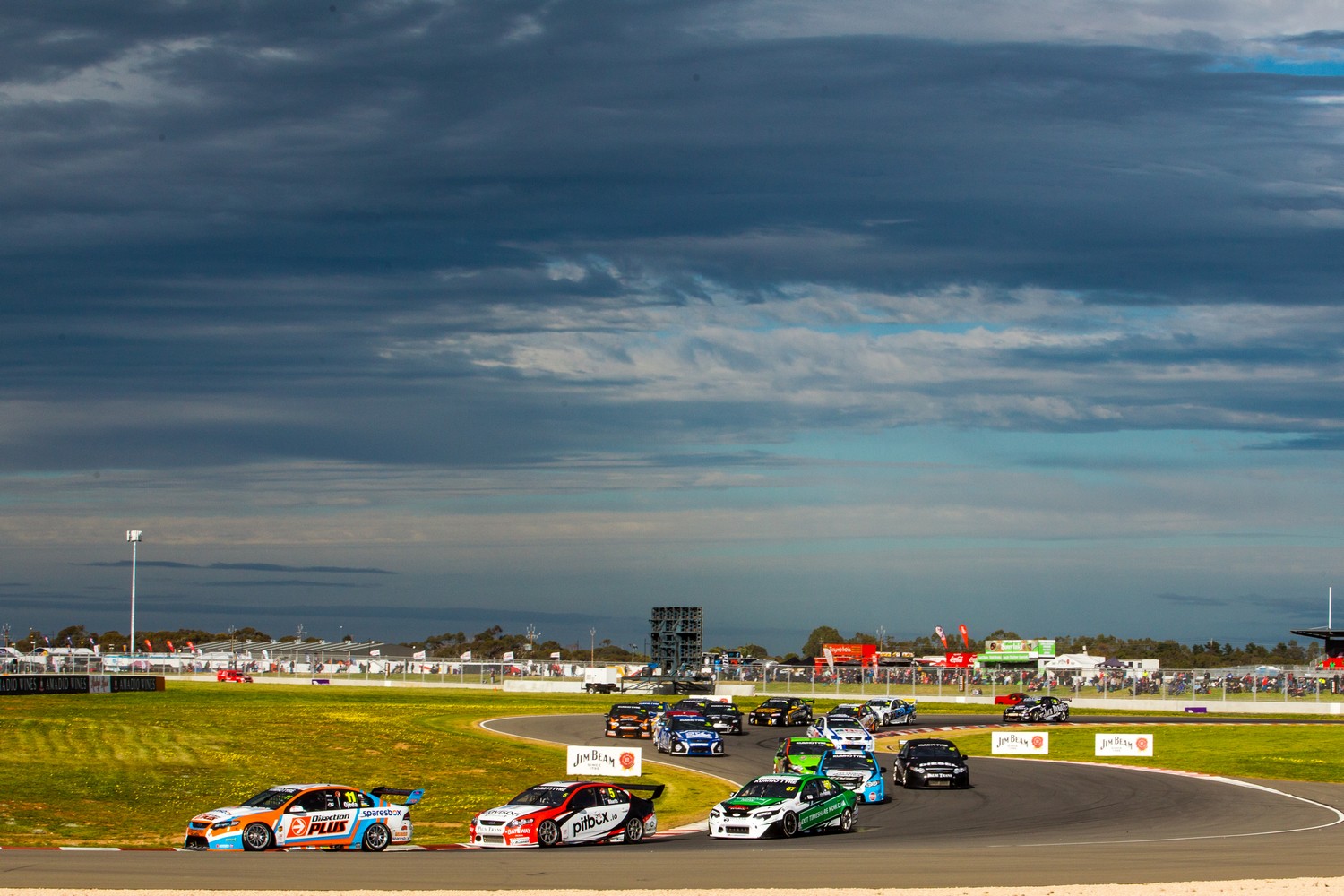 A third consecutive Kumho Tyre Super 3 series round victory has seen Jayden Ojeda close to within 11 points of the championship lead following the penultimate round at the OTR SuperSprint.

Two victories and a fourth across the three races at The Bend saw the Anderson Motorsport driver edge out title leader Broc Feeney’s Paul Morris Motorsport Ford by just two points to set up a winner-take all battle in Sandown’s season finale next month.

The championship battle will be decided between four drivers with MW Motorsport teammates Hamish Ribarits and Zak Best also in contention in the fight.

Ojeda was supreme at The Bend, with a thrilling victory in race one arguably the best drive of his young career.

Starting fourth, the Sydneysider made a flying start and jumped to the race lead by the time the field reached turn one; spending the remainder of the eight-lap sprint race defending in a thrilling duel with polesitter Ribarits and Feeney.

He then held off a fast-finishing Feeney in race two to take his fourth victory of the season, with Ribarits remaining close behind in third. 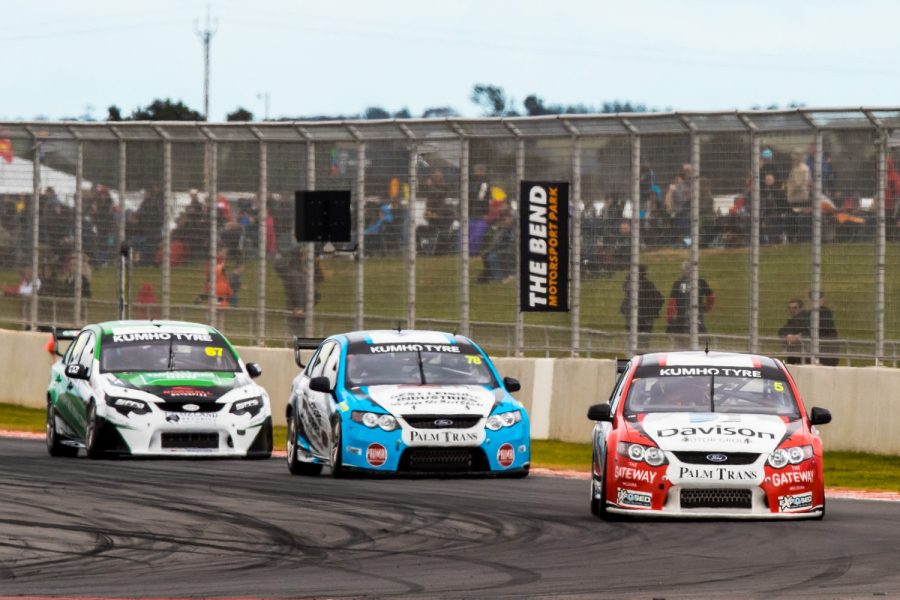 The pair then battled on the opening lap of Sunday’s 10-lap finale’, controversially clashing in the penultimate corner as Feeney attempted an aggressive pass for the lead on Ojeda’s Anderson Motorsport Falcon.

While Feeney recovered to finish second, Ojeda would improve to fifth position prior to the flag and then gain another position post-race thanks to a five-second penalty applied to Ribarits for rolling at the start.

That additional position was critical to Ojeda securing enough points to win the round ahead of Feeney and Ribarits.

The unpredictable weekend left Feeney in front by 11 points with Ojeda second and Ribarits third, 58 points behind the leader.

After a race one off saw him forced to pit lane, a strong recovery drive from Best saw the Benalla teenager fight through the field in race two, putting himself in an ideal position to capitalise on the Ojeda-Feeney contact in the finale’.

After passing both, he caught and passed Ribarits midway through the race before pulling away to put recent misfortunes behind him and secure his sixth race victory of the year. Best also remains in title calculations, some 73 points behind the leader.

A total of 143 points will be up for grabs across three races at Sandown following a pulsating season that has seen the series lead change hands on five occasions, between four drivers. 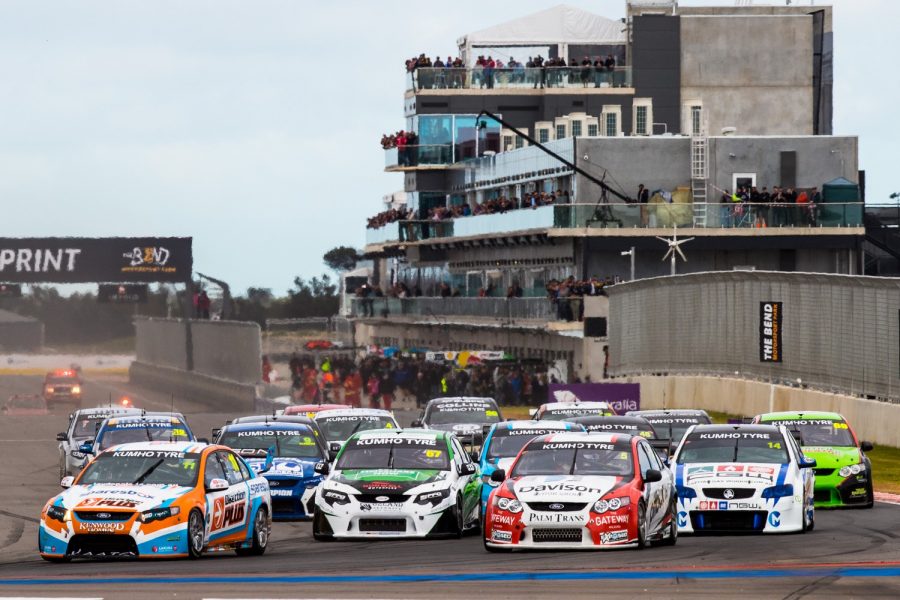 “If you told me I’d win two out of three races coming into the weekend I’d have taken it in a heartbeat,” Ojeda said.

“Two race wins is a really sold result, it closes the championship fight and puts us right in the fight for Sandown.”

Ojeda was philosophical about the contact that cost him a shot at victory in the third race, fortunate to recover to the overall victory thanks in part to Ribartis’ penalty.

“Everyone is going to have a view, but when you’re on the receiving end you’re going to feel hard done by. We lost plenty of spots and set the tone for our race but that’s how racing is sometimes.”

Title leader Feeney heads to Sandown with everything on the line.

“It has been a pretty good weekend overall I’d have to say, we weren’t off the podium at all over the weekend, which really leaves us in good stead heading to Sandown.

“The racing this weekend was so much fun, everyone really stepped it up with just two rounds left to go, you really felt the intensity lift pretty much from first practice!

“Next on the agenda is Sandown, where like here at The Bend, we won a race in the Toyotas last year.” 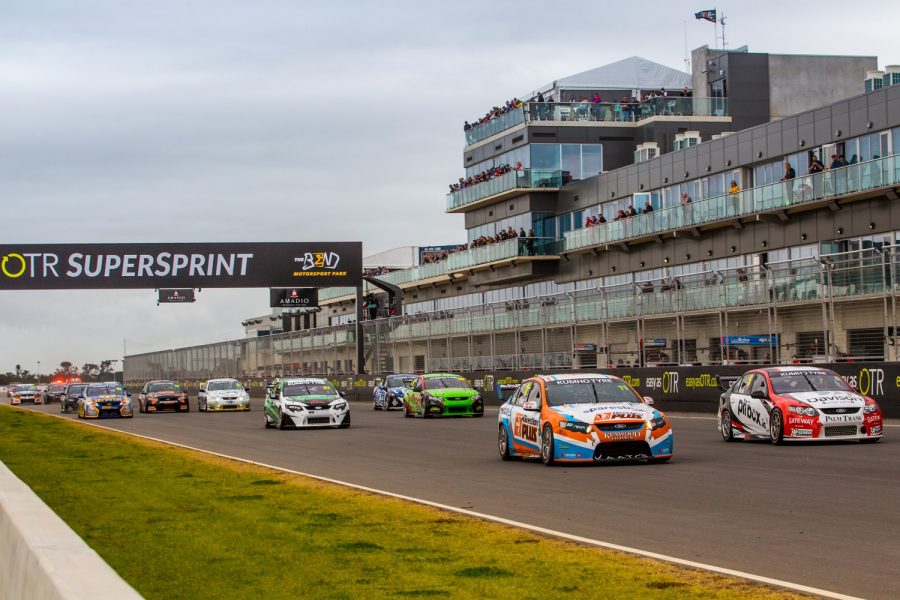 The Kumho Cup title battle for Pro-Am drivers will be another to go down to the wire; three drivers facing what is essentially a winner-takes-all scenario at Sandown.

Brad Neill stormed to a pair of victories in Saturday’s races; however a spin in dicey conditions early in the Sunday decider saw the round result pivot to local hero, Chris Smerdon.

While Jim Pollicina won race three, it was Smerdon who took the round by two points over Neill with Pollicina third.

The final round of the Kumho Tyre Super 3 series will be contested at Sandown Raceway’s Shannons Nationals event on September 20-22.