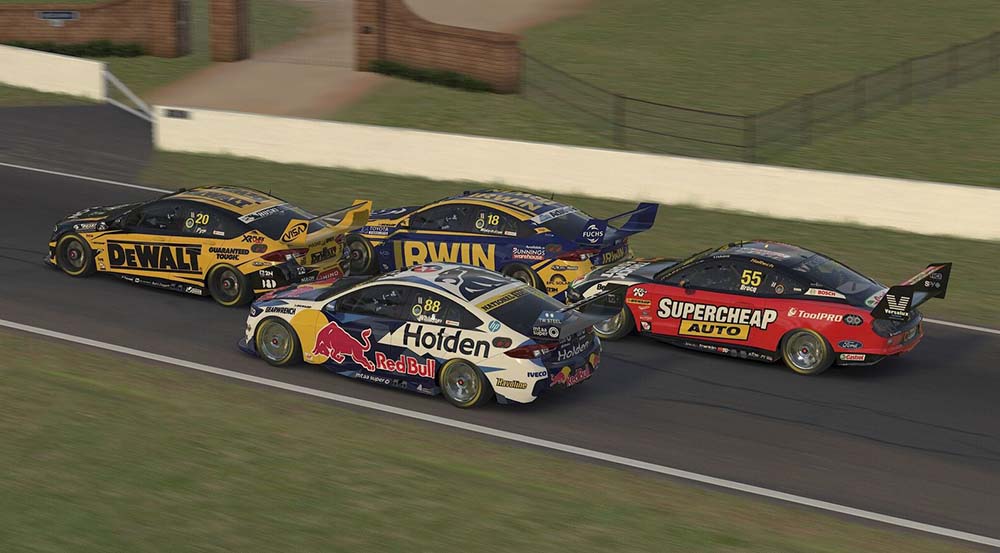 Fans will have the chance to test themselves against Supercars’ elite brigade of drivers as a bonus element to the BP Supercars All Stars Eseries.

WATCH: SNEAK PEEK AT ROUND 4 OF BP SUPERCARS ALL STARS ESERIES


Fixed set-ups will be implemented throughout the online championship, with Dunlop Super2 Series leader and simulator racing expert Brodie Kostecki tasked with locking in settings for all cars to run at each designated track.

The spin-off effect is that Supercars will make the set-ups – catered to each circuit – available to all fans to try.

Fans can have unlimited attempts with the exact same car set-up to see if they can match the stars of the sport in the online sphere.

The set-ups for Round 4 in Montreal and Watkins Glen can be downloaded here, for users with the relevant iRacing software.

Qualifying for the third round will begin tonight at 6:00pm AEST and will be broadcast exclusively on Fox Sports 506 before racing begins at 7:00pm.

From 7:00pm, racing will be broadcast live on Fox Sports 506, Kayo, Sky Sports (NZ) and 10 Play. Online fans from around the globe can watch races via the Supercars’ Facebook page and Supercars’ Teams Facebook Pages.

26/04/2020
Stay In The Know
Sign up to the Virgin Australia Supercars Championship Newsletter
We use cookies to ensure that we give you the best experience on our website. If you continue to use this site we will assume that you are happy with it.Ok