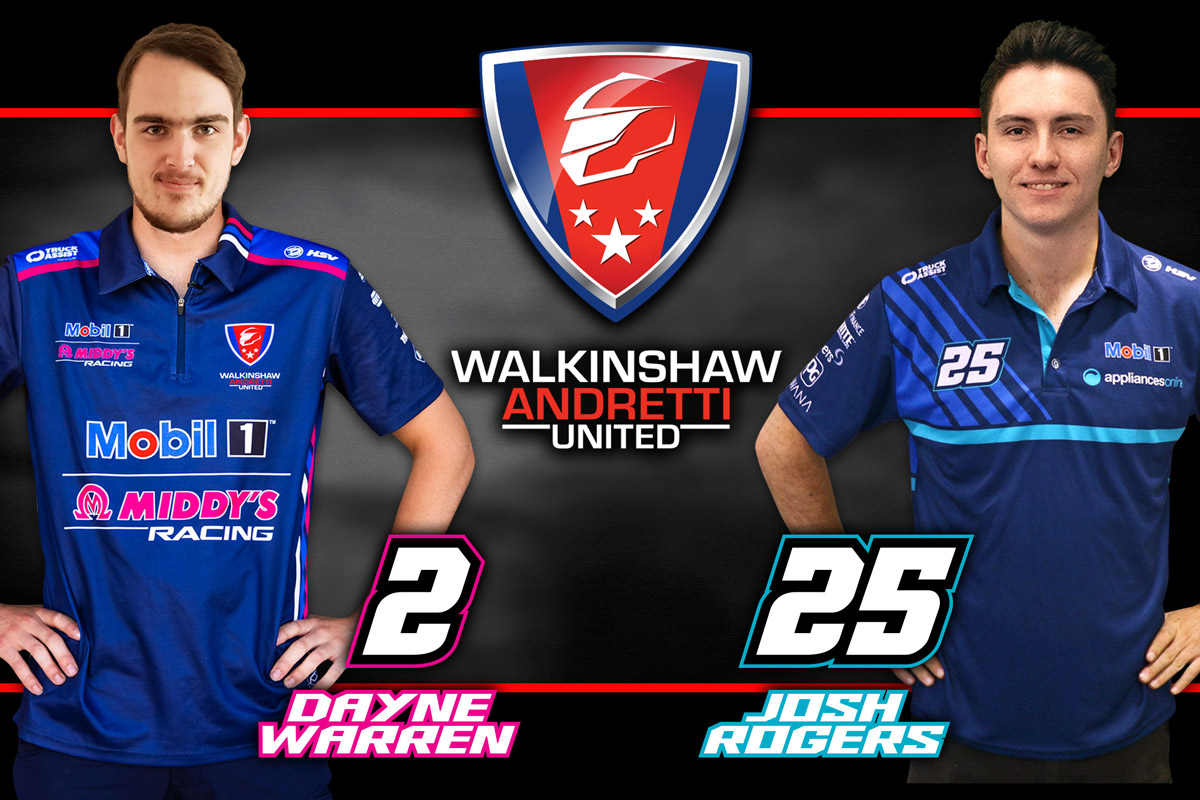 News emerged this afternoon that the Red Bull Holden Racing Team had pounced on Filsell’s services for the upcoming season, with WAU responding by signing Dayne Warren to complete what is effectively a direct driver swap.

The 21-year-old will drive the Mobil 1 Middy’s Racing #2, with Rogers taking the wheel of the #25 Mobil 1 Appliances Online Commodore.

Since his title triumph, Rogers, 20, has moved from Gladstone in Queensland to Germany to take up a role as a factory Porsche Eseries driver.

“I'm absolutely over the moon to remain part of the Walkinshaw Andretti United family and I'm looking forward to representing them and their partners for the 2020 season,” said Rogers.

"Working together with Dayne this year is going to be awesome.

“He's without a doubt the fastest driver in the new Supercar on iRacing at the moment meaning he'll be tough to beat, but we'll be consistently pushing each other forward day in day out which is the perfect scenario for any race driver.

"We'll be pushing as hard as possible to go back to back this season, and who better to do it with than WAU!"

Added Warren: "I'm extremely excited to be representing such legendary names with Walkinshaw Andretti United, we'll be looking to back up the results from last year but most importantly be up on the top step as much as we can throughout the season.

"It'll be exciting in itself to be able to work with Josh for the Pro Eseries, he proved last season that he was just about unstoppable so to have that benchmark will definitely help us push for stronger results and hopefully bring home another one-two for the team again!"

“To have Josh and Dayne lead our Pro Eseries campaign this year is exciting, they are two extremely talented drivers that will do us all proud,” he said.

“Josh is an out-and-out star, and was so impressive to watch on his way to the championship win last year, so to have him back in our family is great.

“Dayne is fantastic talent as well, proving that in the Eseries last year, but also through his work with our main-series drivers and Lando Norris behind the scenes through the Eseries earlier in the year.

“After such a successful debut for our team in the Pro Eseries 2019, finishing first and second in the championship, we can’t wait to see what the new season holds.”

The six-round Repco Supercars Pro Eseries will run weekly on Wednesday nights from October 28 to December 2.