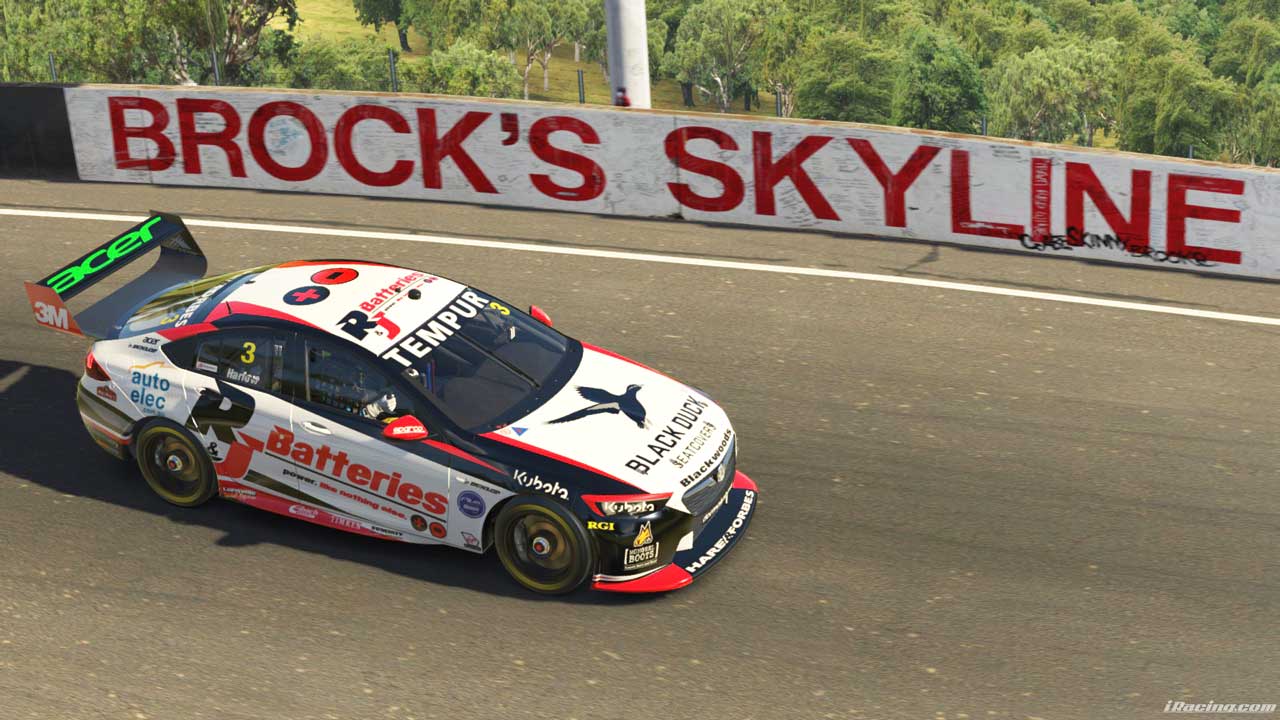 Josh Rogers escaped Round 3 of the Repco Supercars Pro Eseries with a reduced points lead, following an incident in the reverse grid second race.

The Walkinshaw Andretti United driver continued his hot form from the opening two events of the season by scoring pole and the Race 1 win.

Teammate Dayne Warren shadowed Rogers throughout the opener to finish second, just 0.289s adrift at the end of the 16 laps.

Brad Jones Racing’s Madison Down was third, unable to challenge the WAU entries in a final four-lap shootout following a Safety Car restart.

Rogers later said he’d tried to help his teammate on the restart – accelerating away at the worst possible moment for Down.

“I was trying to go a little bit later to give Dayne a slightly better run as well,” he explained.

“We knew Madison had two laps fresher tyres so if he was able to split us it was going to make it a lot trickier.”

Rogers and Warren had emerged from their pitstops midway through the race behind Tickford Racing’s Andrew Gilliam, who’d pitted early.

The Boost Mobile Mustang was unable to hold off the charging Holdens for long though and eventually finished fourth, before crashing out of contention on the opening lap of Race 2.

The reverse grid second race was all about BJR’s Jackson Souslin-Harlow, who started from pole after retiring from the opening heat.

He controlled the race from the start and took the flag 3.923s clear of Grigg-Gault, with Brady Meyers nabbing third.

“In Race 1 I had an internet dropout, so to come back from that with a win is pretty cool,” said 18-year-old karting star Souslin-Harlow.

“Obviously it’s not the way you want to do it in a reverse grid race but a win is a win, I guess.”

The WAU aces found it tough going from the back in the reverse grid affair, Warren finishing 11th and Rogers 14th, which became 15th after a post-race penalty of his own. 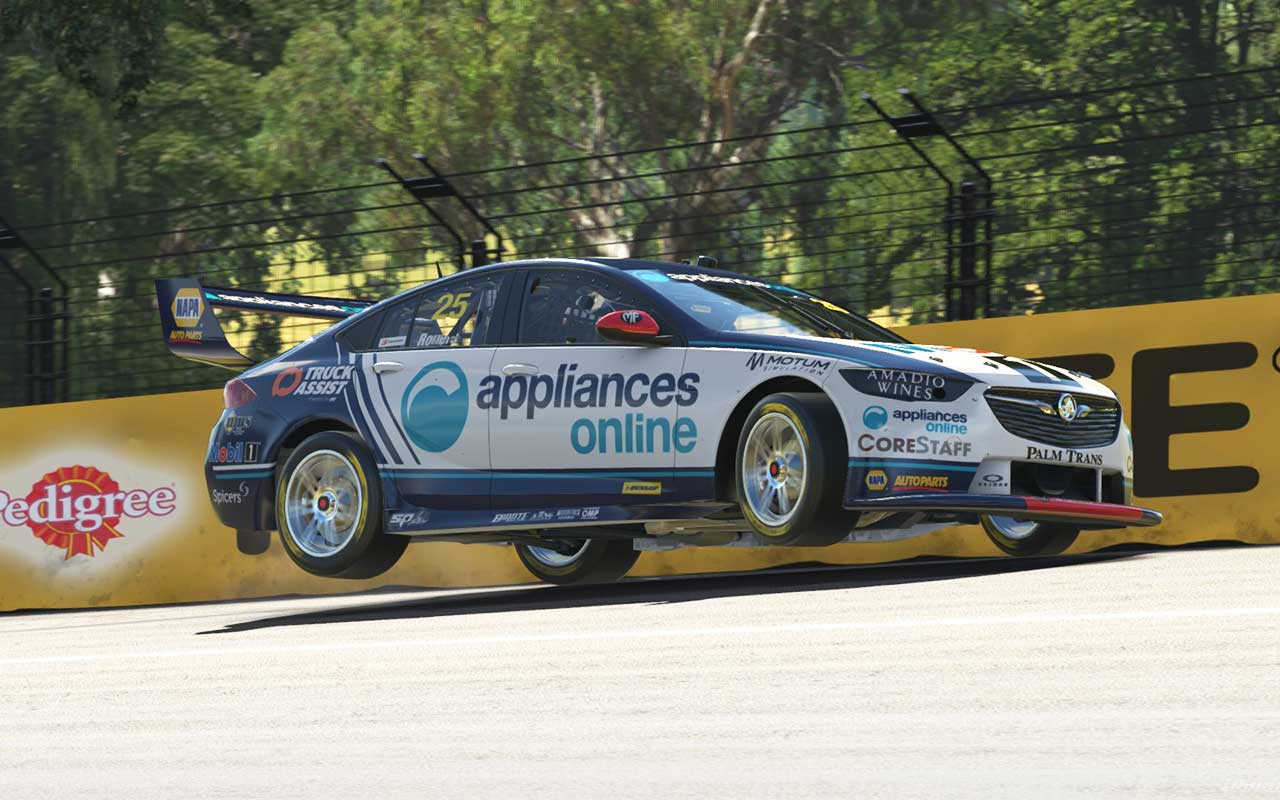 Rogers had lost five places on lap seven when he appeared to be punted into the Griffins Bend wall by title rival Down.

The incident was however put down to ‘netcode’ issues caused by Rogers playing from Germany, meaning Down was not at fault and not penalised.

Rogers later had side-to-side contact with Brodie Kostecki at Sulman Park that put the latter out of contention, ending a tough night for the wildcard runner.

Kostecki and fellow wildcard Zane Goddard had qualified on the back row for Race 1 – a 17th for Goddard in that heat the best either could muster from the night.

With Down finishing Race 2 in eighth, he trimmed Rogers’ championship lead to 12 points, having trailed by 21 points heading into the event.

Warren was 12th in the second Bathurst heat and retains third in the standings, 42 adrift of teammate Rogers.

The season continues next Tuesday night with races at Michigan International Speedway and Monza.