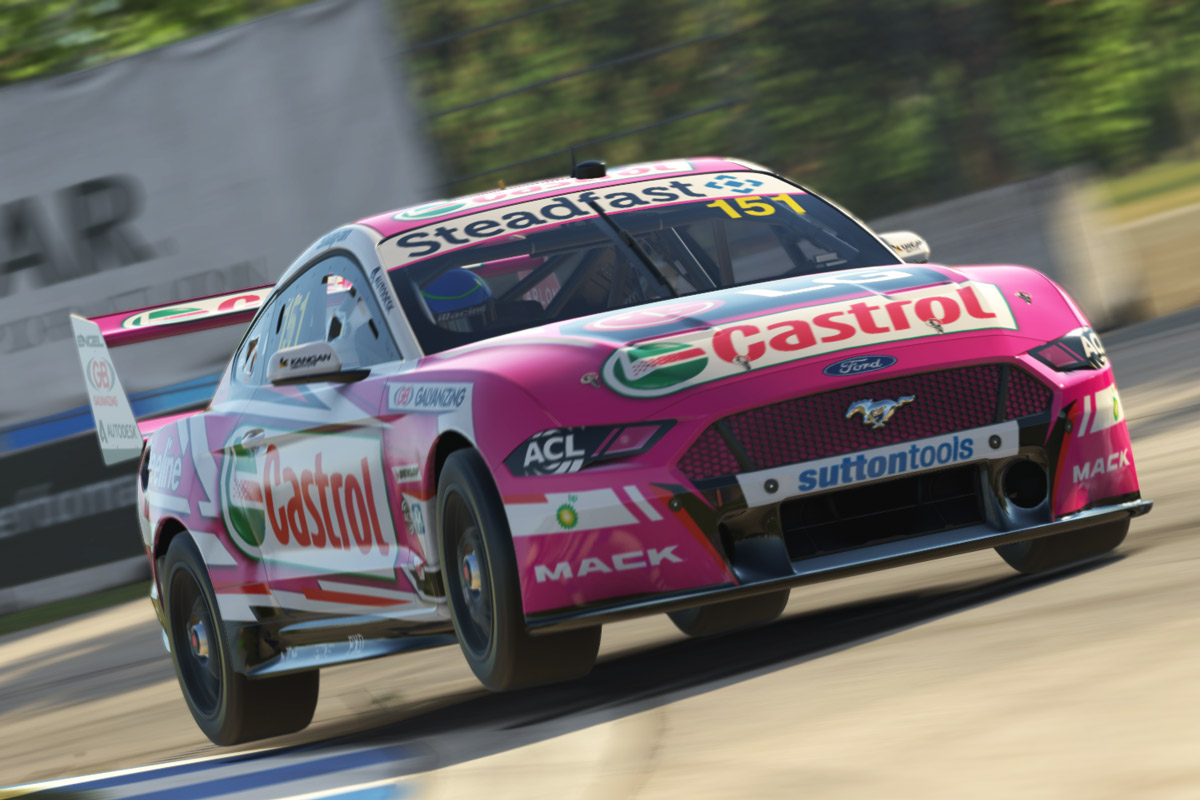 Smith qualified 16th for the season-opening race at the Belle Isle street circuit, from where he was able to navigate some carnage to bring home the #151 Mustang in a solid 13th.

The reserve grid outing that followed brought trouble, with Smith caught up in a lap 1 pile-up that restricted him to 19th.

The Silverstone feature race brought a 14th place finish to wrap up Round 1, leaving him 17th in the overall points.

Perhaps most notably, Smith had donned a striking pink Castrol livery as part of the Eseries’ support for Breast Cancer Trials.

All up, almost $17,000 has been raised, with BP Ultimate Racing’s Emily Jones leading the way on the individual driver leaderboard.

“It was great to have my first event in the Pro Eseries in the Castrol Racing Ford Mustang, especially with the pink livery raising awareness and funds for Breast Cancer Trials,” Smith said. 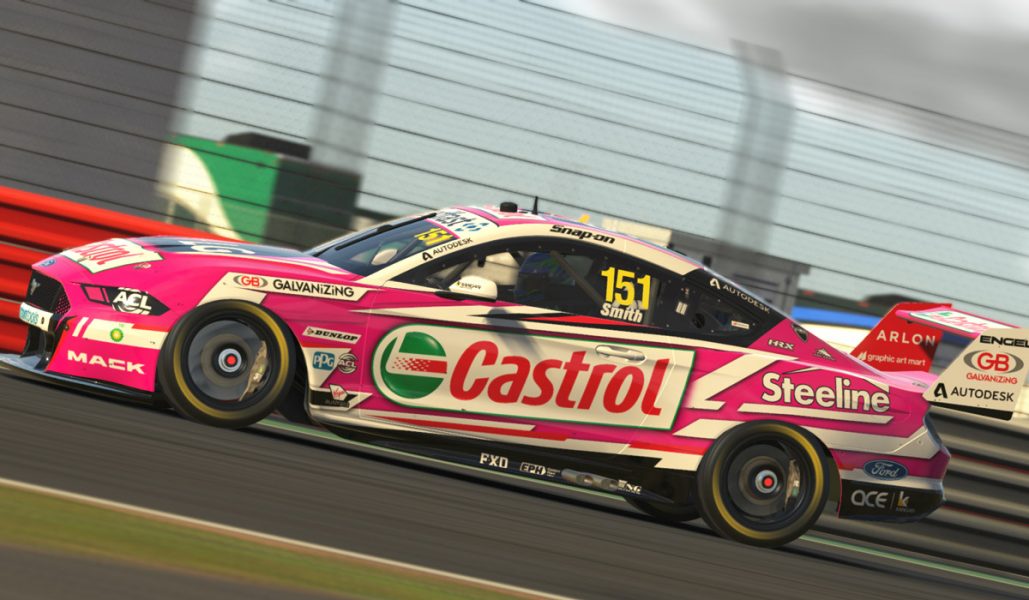 The on-track results proved a bit of a reality check, though.

“To be honest the results were a little disappointing but there are some extremely fast guys in the series and all it takes is to be a couple of tenths down and you’re a fair way back so the field is really close,” Smith continued.

“I was fairly unlucky in the second race to get caught up in the crash on lap 1, I just had nowhere to go and that Belle Isle track is one that is really difficult with all of the bumps and how they upset the cars, plus the whole track is surrounded by walls.

“Silverstone suited me a lot better and I was actually able to have some pretty good battles and really enjoyed the race.

“Next week’s circuits will be a bit more similar to a Silverstone-style circuit so I’m looking forward to that and getting some more practice in this week.”

Round 2 next Tuesday night will involve visits to Montreal and Barcelona.

Walkinshaw Andretti United were the big winners in Round 1, with Josh Rogers and Dayne Warren taking a provisional one-two in the standings.