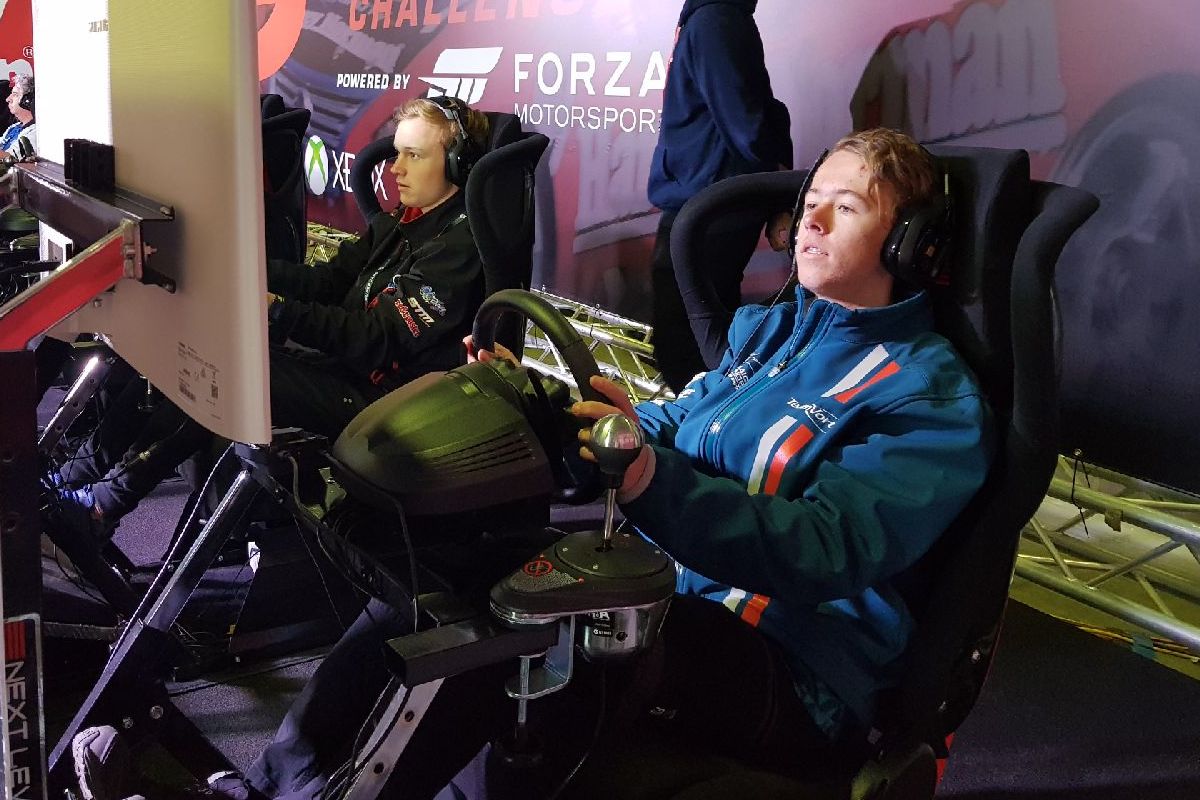 The nation’s eight fastest gamers are not the only ones enjoying Forza Motorsport 7 in the Harvey Norman Supercars Forza Challenge hub in Garage 31 at Mount Panorama.

Sons of Bathurst guns, Ben Bargwanna and Clay Richards - offspring of Jason and Steven respectively - took advantage of the “free play” sessions, in which fans can sample the competition simulators.

Based on the intense focus and ever-improving lap times, it seems Ben and Clay might have inherited more than a little of their famous fathers’ competitive streaks, featuring at the top of Saturday’s times.

“The handling is really good, you can feel the car through the steering wheel.

“Every time we finish our turn, we join the queue and have another go!”

Ben and Clay are also enjoying the experience of playing the latest, just-released edition of Forza.

“I’ve played some of the previous Forza games and Ben has played every one since Forza 2, and we’re both loving it,” Clay said.

“The graphics and handling are both very realistic but it’s probably just as well we’ve had the damage set to ‘cosmetic only’ otherwise we would have trashed some cars!”

The 2000 Bathurst winner with Garth Tander, Jason was also seen in Garage 31, egging his son on in one of the sessions.

“That was going to be a really good lap but you ran wide at Murray’s Corner!” he yelled.

“It’s pretty cool having a couple of sons of Bathurst winners competing against each other in the virtual world, one day they might be doing it for real.”

Any Bathurst 1000 attendee with a paddock pass can have a turn on the Forza Motorsport 7 simulators in Garage 31 during the “free play” sessions.

The Harvey Norman Supercars Forza Challenge continues on Saturday with heat races before the Grand Final.