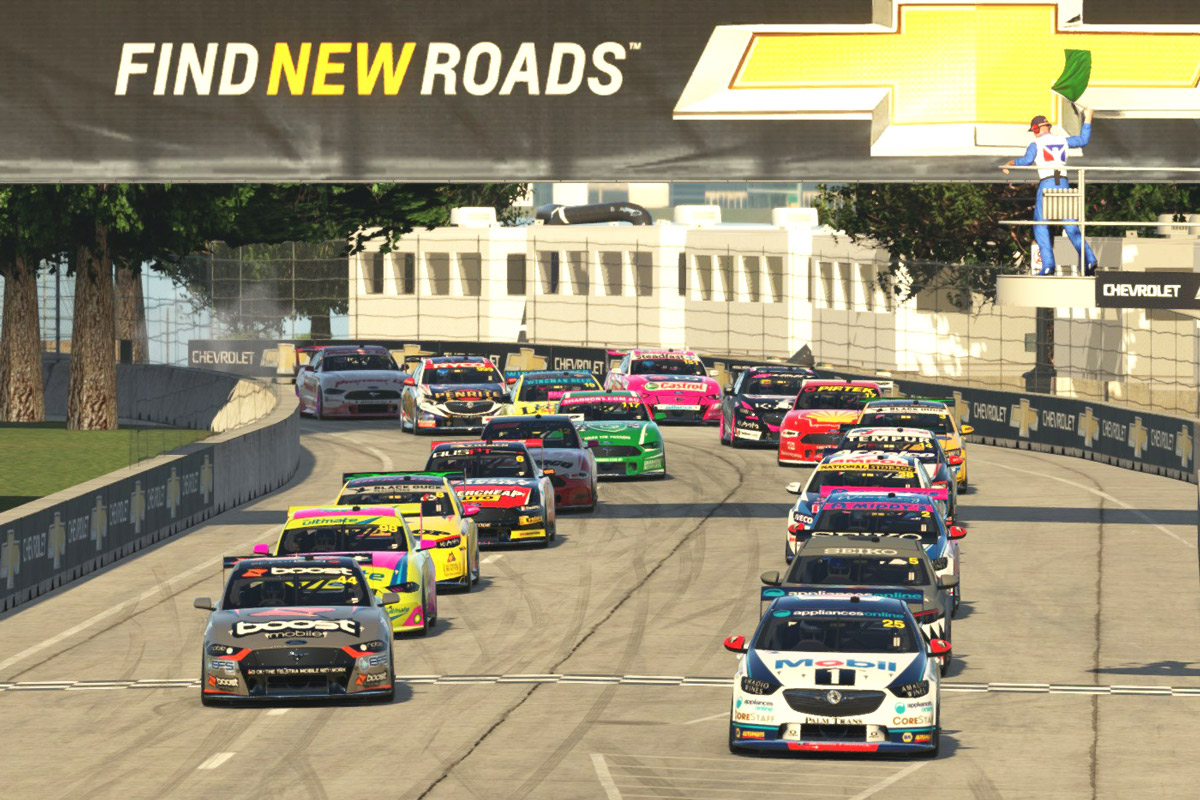 Drivers in the Repco Supercars Pro Eseries will twice have to nail a qualifying lap as part of a tweak to the Round 2 format.

In Tuesday’s season-opener, a single qualifying session led into the first race before a reverse grid heat; with starting positions for the finale determined based on points accrued to that time.

For Round 2, involving virtual visits to long-time Formula 1 circuits at Montreal and Barcelona, two separate qualifying sessions will be held.

The bulk of the action will take place at Montreal’s Circuit Gilles Villeneuve – also including a reverse grid race – before Spain takes centre stage.

Dynamic skies will be enabled, meaning drivers may have to adjust to changeable conditions throughout the races.

Round 2 action will be broadcast on Fox Sports 506, Kayo, Sky Sports NZ and Supercars’ digital channels from 8:30-10:30pm AEDT next Tuesday.

26/10/2020
Stay In The Know
Sign up to the Virgin Australia Supercars Championship Newsletter
We use cookies to ensure that we give you the best experience on our website. If you continue to use this site we will assume that you are happy with it.Ok