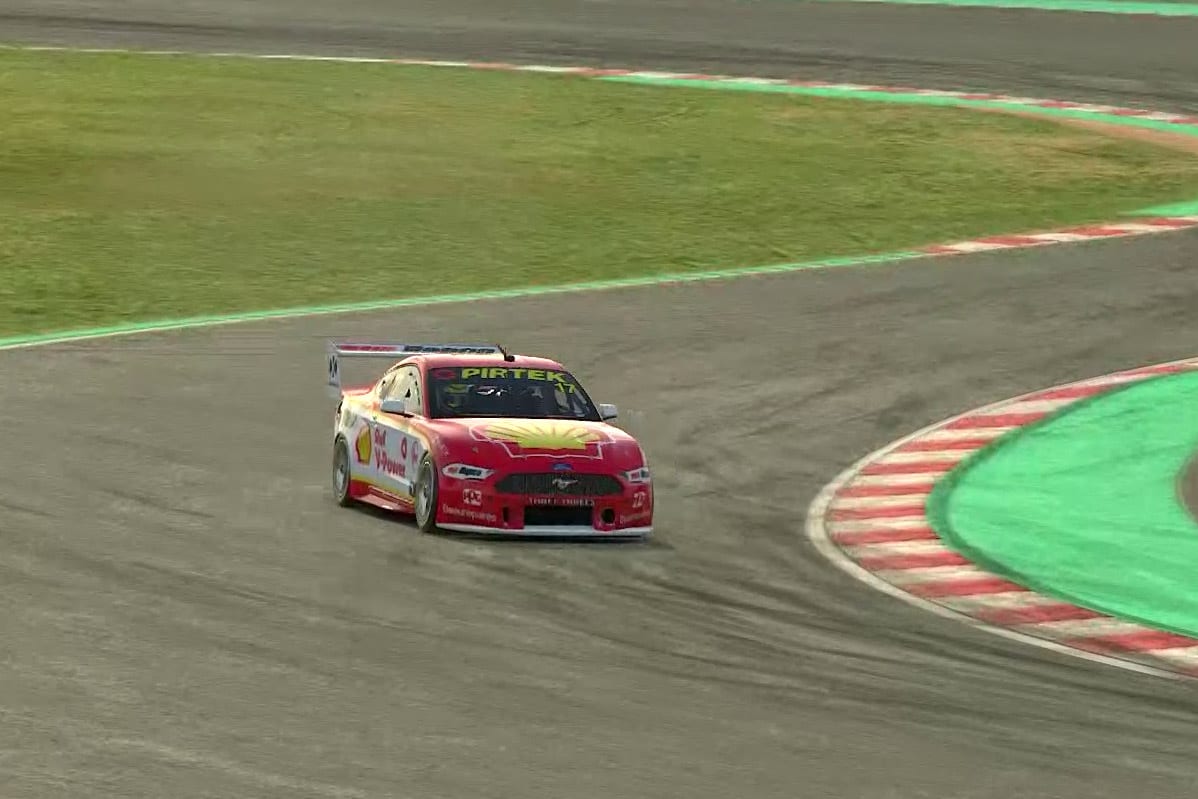 WATCH: THIS IS THE PERFECT ENDING TO A CRAZY ROUND 2

McLaughlin won two out of the opening three races last Wednesday night, however his best result was a 3rd placing from the four races at Silverstone and Barcelona this week.

He still holds a 55-point lead over fellow Ford Mustang driver, Cam Waters while Shane van Gisbergen, after two wins a 3rd and a 4th in his Red Bull Holden Commodore, is this week’s big mover.

The ARMOR ALL Driver of the Round and pre-eseries favourite has rocketed right back into contention from 14th into 3rd, just 94 points behind McLaughlin.

Penrite Racing’s Anton de Pasquale, another favourite, recorded one win and two podiums across Wednesday’s four races to move from 16th into 6th on the ladder.

Fabian Coulthard, Will Davison and rookies Jake Kostecki and Bryce Fullwood round out the top ten.

Next week’s round three will be a visit to Australia’s most beloved and iconic circuit, Mount Panorama.

Head over to the All Stars Eseries Leaderboard for the full driver standings.

Round 2 BP Supercars All Stars Eseries: What you need to know

ARMOR ALL Round Winner introduced to Eseries

“Mark” and “Pastor” enjoying build up to Verstappen wildcard in Eseries