It was an historic race of two halves; Kostecki gapped his All Stars rivals in the opening stanza, before Pro Series ace Filsell was forced to defend for all his might to the end.

Kostecki, who claimed Swyftx Pole Position from Nick Percat by 0.9s in the shootout, immediately put a gap on the field off the line.

The first lap saw Sam Brabham drop from fifth to 13th, with Anton De Pasquale rising from 14th to ninth. 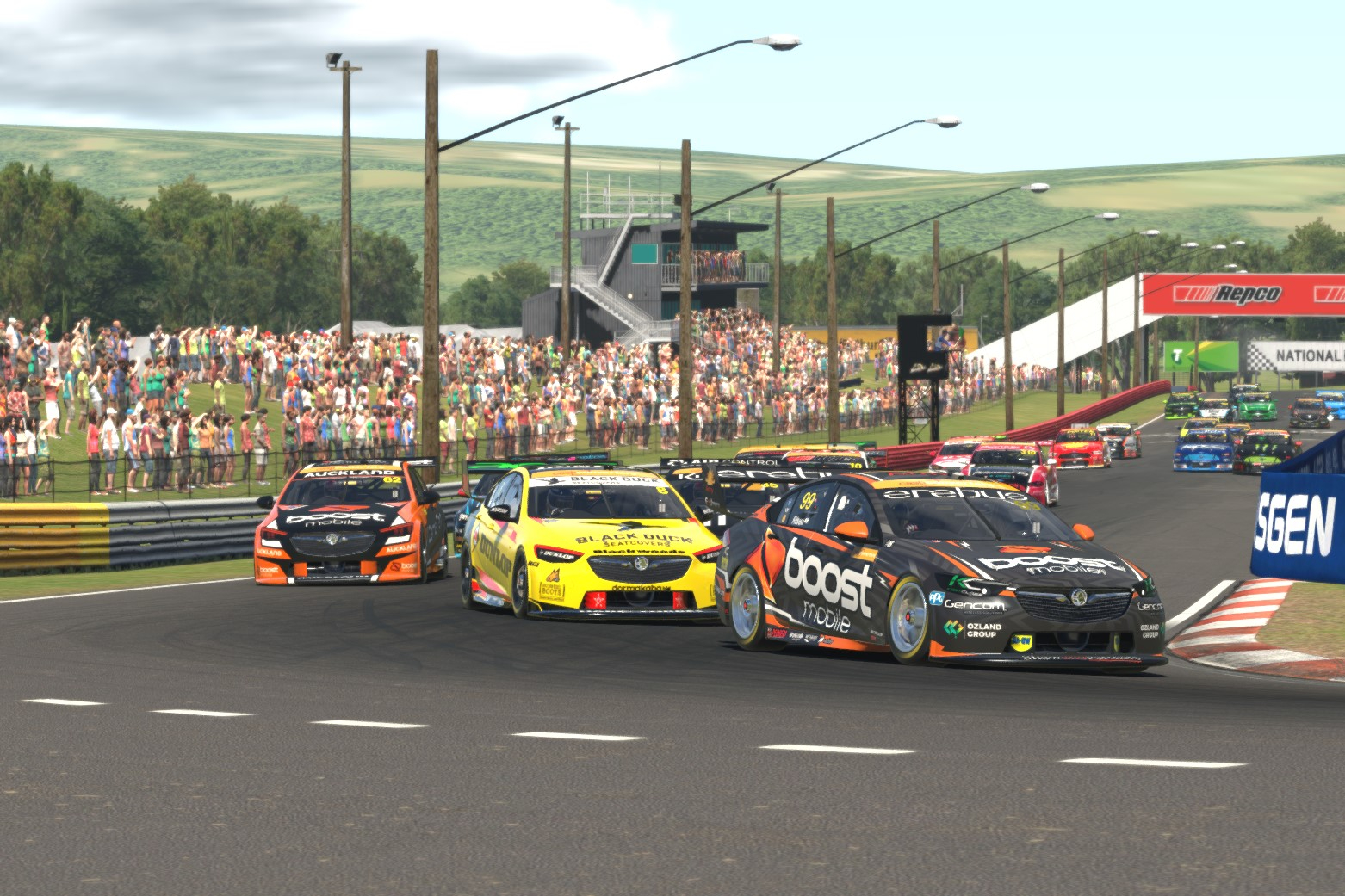 The balance of the field starting the race with the All Stars drivers behind the wheel.

The form guide rang true, with pole man Kostecki opening up a gap on his rivals, as he had done at Daytona and Monza.

By lap 4, Kostecki had a 2.7s lead over Percat, with Richie Stanaway hounding the Brad Jones Racing driver.

Stanaway made a pass for second at Turn 2 on lap 4, with James Golding clearing Justin Ruggier for fifth on lap 5.

All the while, Chaz Mostert had kept the nose clean of his WAU Commodore and loomed to hand the car to Warren in a competitive spot. 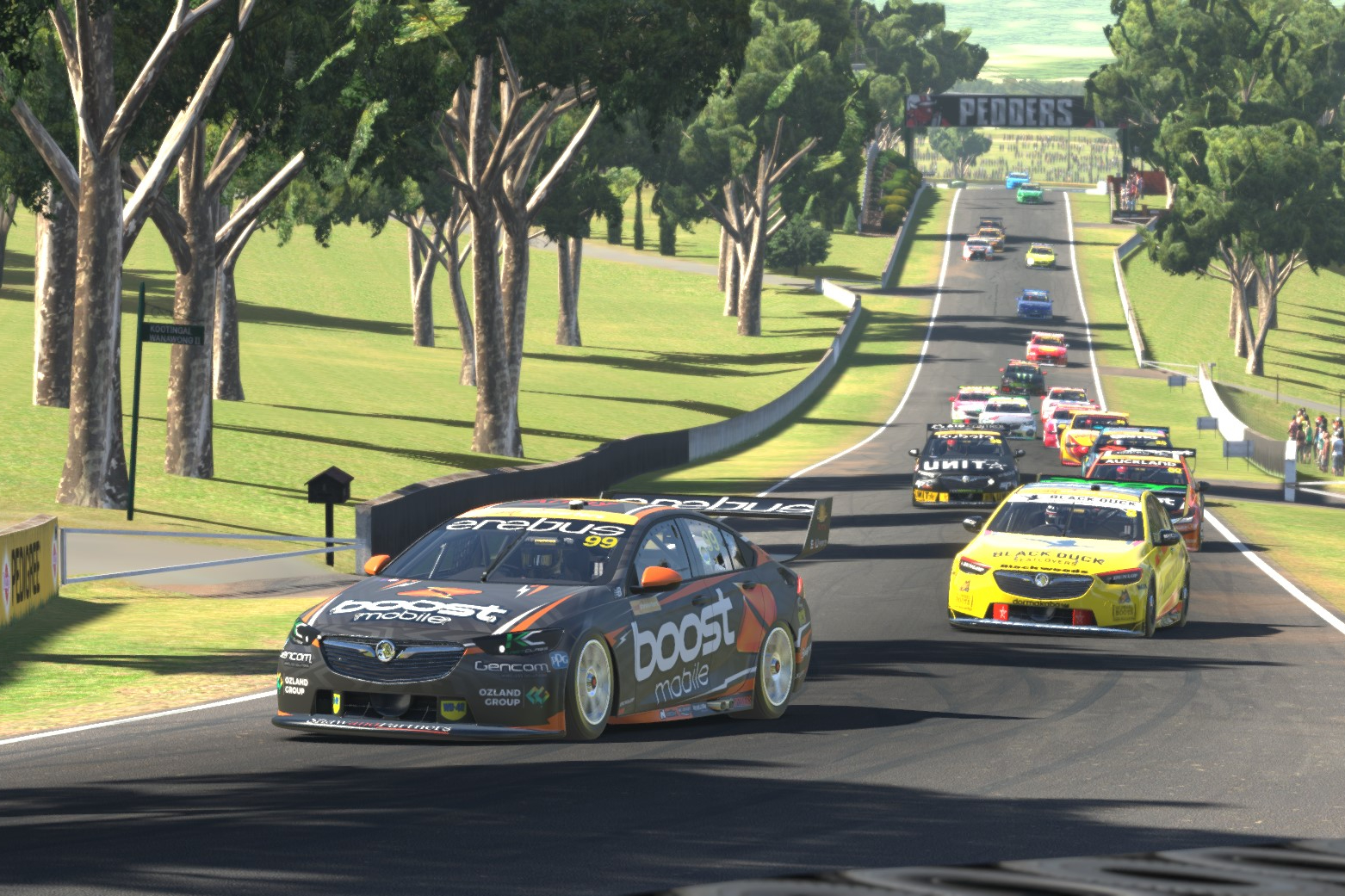 There was little they could do about Kostecki, though, who had cleared out to a 6.5s lead by the time the majority of All Stars drivers stopped on lap 8.

Jake Burton took over from Percat, with Mostert handing over to Warren. Warren duly passed Burton on Mountain Straight exiting the pits.

Kostecki stopped on lap 10, and Filsell emerged with a net gain on Fawzan Al-Nabi, who had taken over from Stanaway.

Warren, though, drove like the man who had earned five straight Eseries wins heading to Mount Panorama.

On lap 12, the points leader cleared El-Nabi for effective second at The Chase and set off after Filsell. 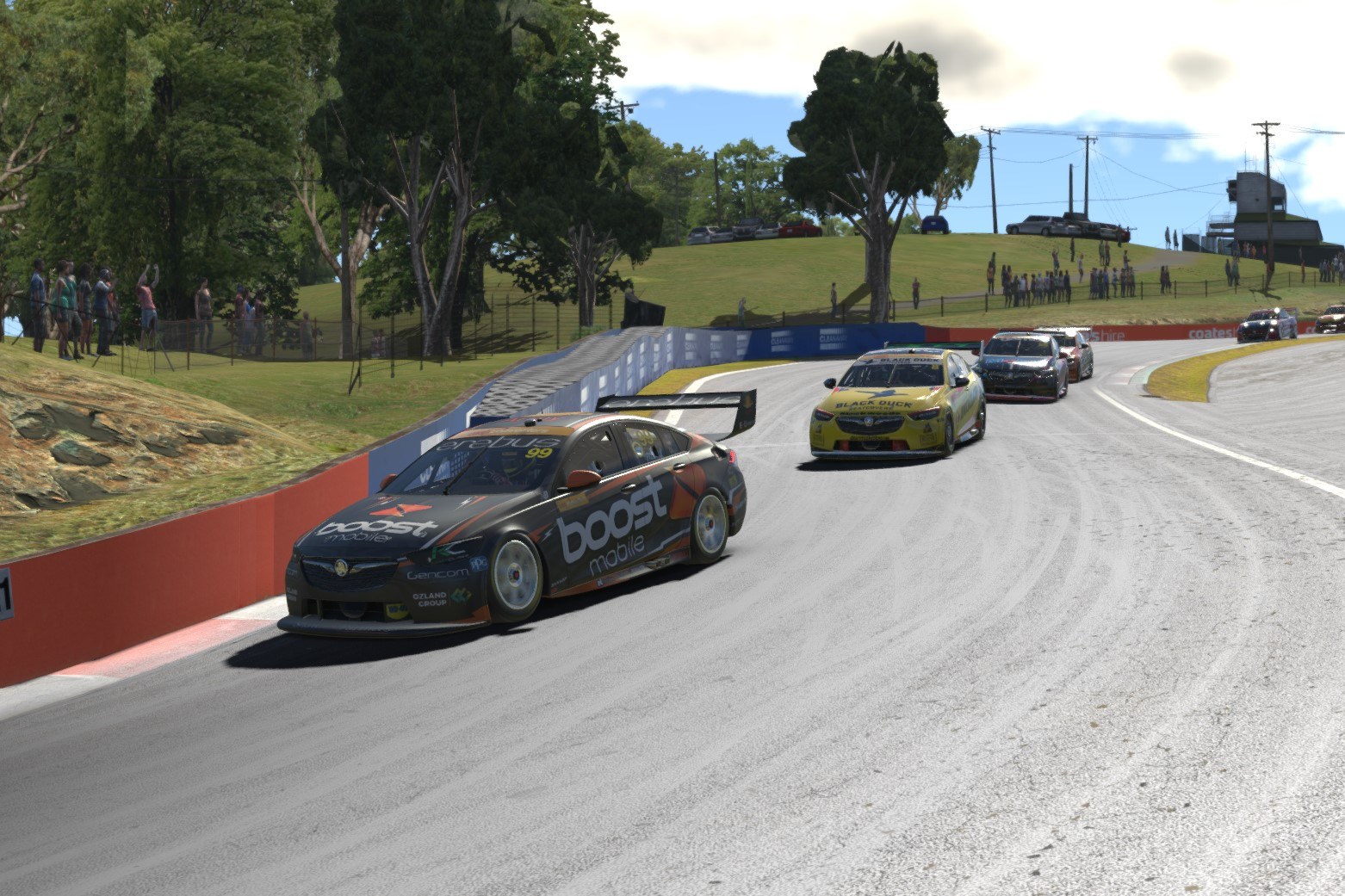 El-Nabi attempted to regain the place from Warren on the following lap, only to make contact with the WAU Holden and allow Burton past.

Warren dropped from second to fourth, but moved up to third when El-Nabi attempted a redress.

It set up a thrilling finale to the race, with Warren bravely passing Burton with three laps remaining.

Try as he might, Warren was unable to move Filsell aside in the final laps.

Warren drew alongside the Boost Mobile Erebus Commodore on Conrod Straight on the final lap, but was unable to get the job done.

The end margin between Filsell and Warren was just 0.152s, with Burton 0.258s from victory.

All told, the top five of Filsell, Warren, Burton, El-Nabi and Corey Shepherd - who had taken over from Golding - were covered by just 0.834s. 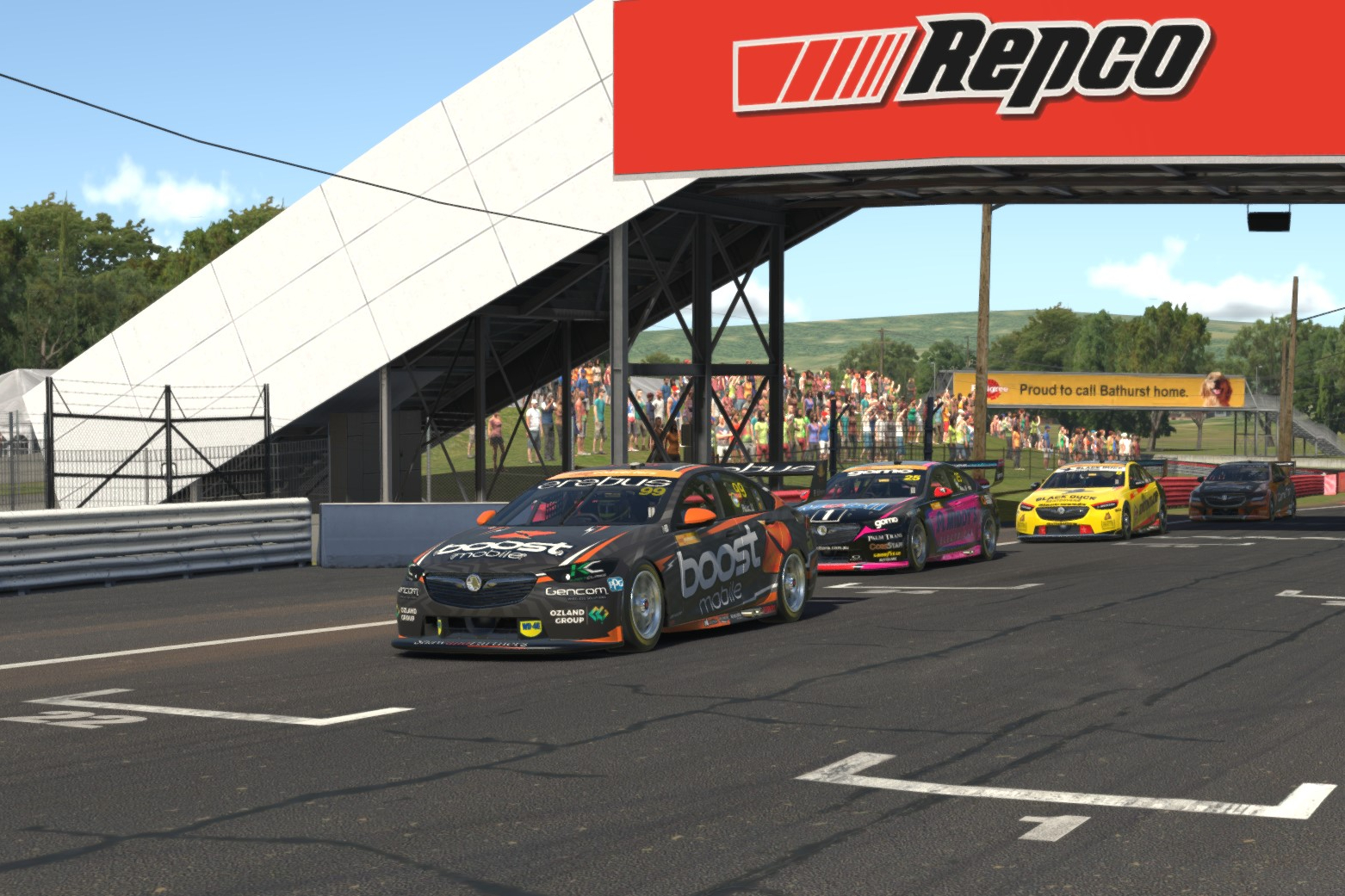 Kostecki opened up his All Stars overall lead to 129 points over Stanaway, with Golding moving up to third, a further 18 points adrift.

On Kostecki, Stanaway and Golding can win the All Stars title at the Watkins Glen finale next Wednesday.

"Pretty stoked to get another win," Kostecki said.

"That’s three in a row for me, and the first one for Jarrad this season.

"The Safety Car definitely spiced things up in the end there."

Warren's Pro Series lead is now 120 points over Burton, with Filsell 123 points from the lead.

Warren, Burton, Filsell and Jackson Souslin-Harlow - who didn't finish the Bathurst enduro - are mathematically a chance to win the Pro Series crown next week at the Hungaroring.