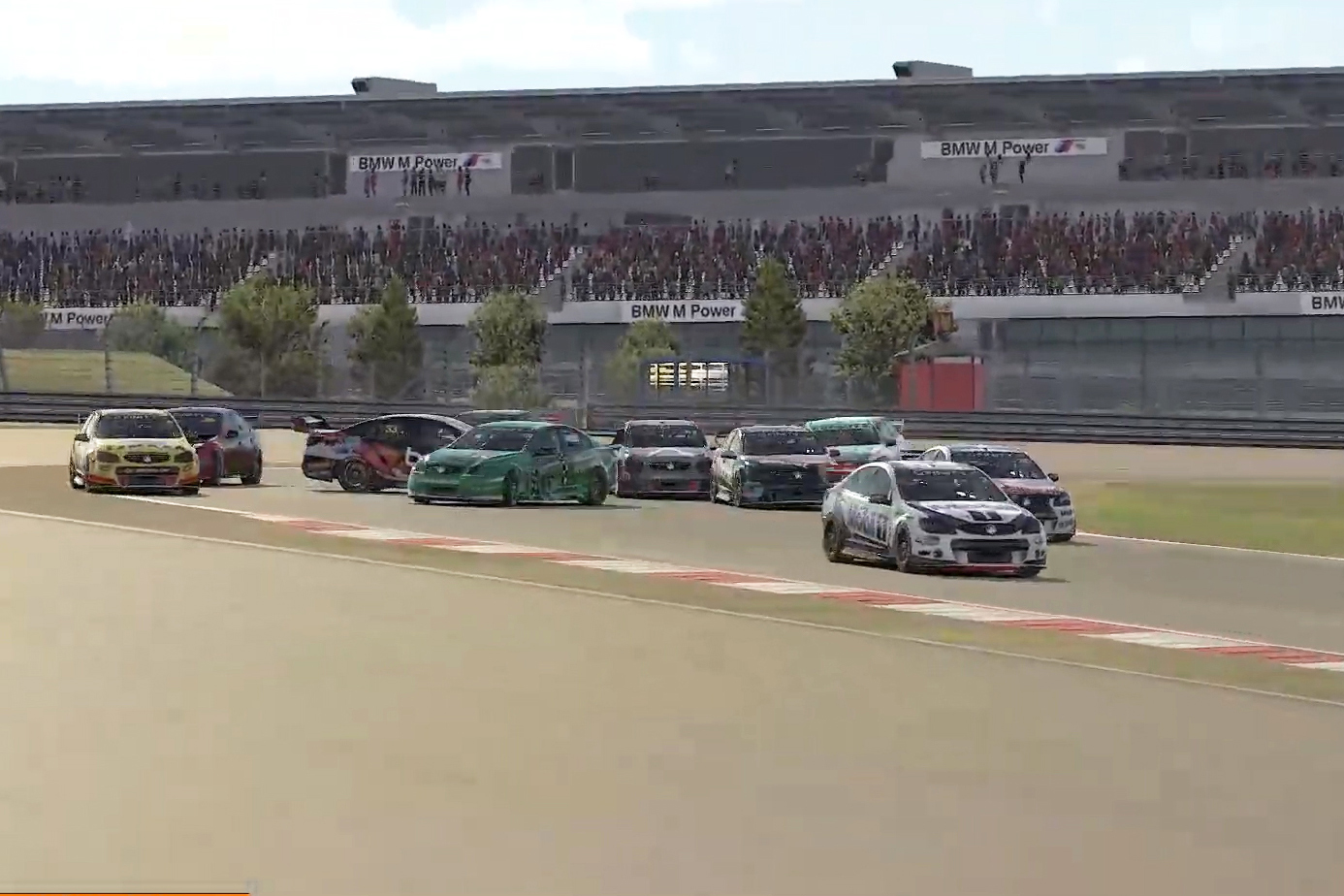 Walkinshaw Andretti United have continued their stellar form on a dramatic night of the Gfinity Supercars Eseries.

Round 4 featured a European trio of sprint races at the Nürburgring, Zandvoort and Imola.

WAU would come away with wins in all three starts, as Jarrad Filsell took a stunning victory in the opener before championship leader Joshua Rogers recovered ground in the final two heats.

Filsell started from fifth on the grid at the Nürburgring but had the lead by the exit of the first corner after Dayne Warren tapped polesitter Rogers wide and second-row starters Madison Down and Jake Burton were escorted with them.

Filsell then defended the lead from his teammate and regained top billing by passing Rogers soon after the latter had made his compulsory pitstop.

“The seas parted there at Turn 1 for me. I would say it was plain sailing but Josh kept me honest there and so did Dayne,” Filsell said of his second win of the season.

He added of his blistering start: “I actually went into a private test to grid up from my grid slot so I could work out where I could brake and not overshoot, so I think that came in handy.”

Ethan Grigg-Gault, Burton and Down were caught up in carnage later on the opening lap, taking all three out of serious contention.

Warren and Ian Ford ultimately took second and third in Race 8, while Rogers would wind up down in 11th after copping a drive-through penalty for speeding in pitlane. 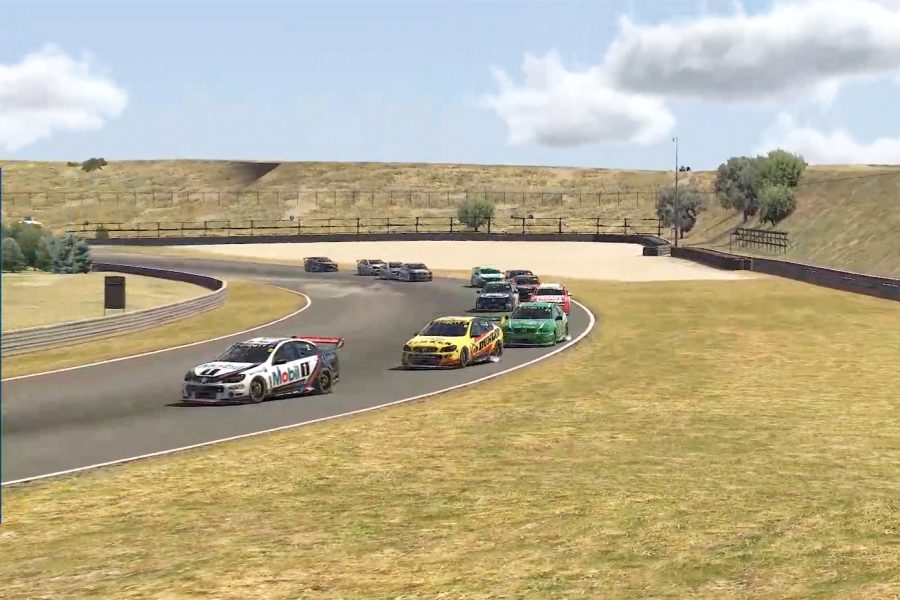 Rogers bounced back in the reverse grid race at Zandvoort to claim victory from Burton and Down, while Warren and Filsell managed fifth and sixth respectively after starting on the back-row.

Race 8 surprise packet Josh Muggleton’s day took a turn for the worse after he was speared into the Zandvoort wall on lap 1. He managed to make the finish, but in last position.

Rogers backed up that drive to complete a WAU cleansweep at Imola, grabbing the lead through the pitstop phase and holding off Warren for the win, with Filsell placing third.

The net result of the night is Rogers retains the lead in the provisional championship standings that are pending each driver’s worst two race results dropping off their tally. 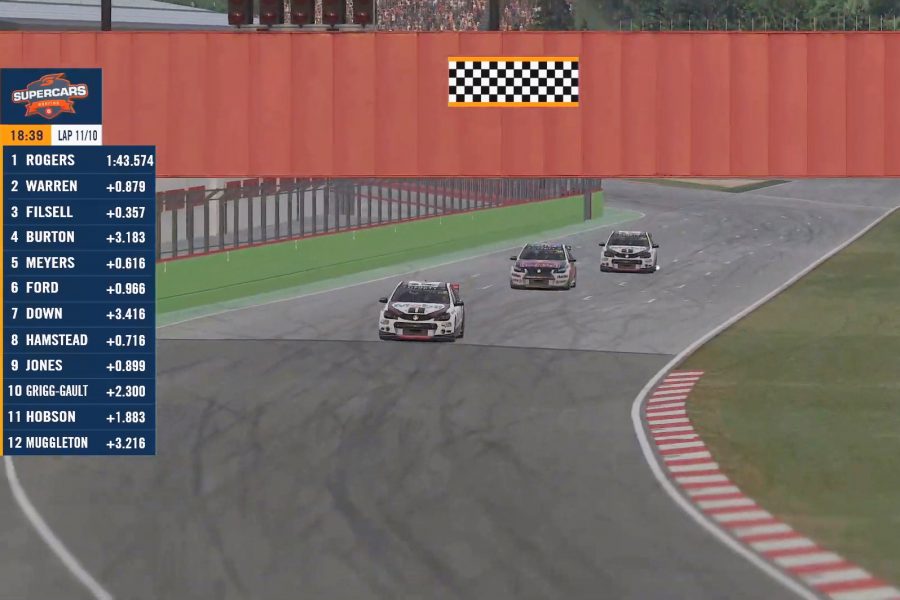 Prior to that happening, Rogers (458 points) leads from teammate Filsell (392) with Warren leaping back up to third, a further 68 points back.

“It started off quite positive in qualifying, I managed to grab second there, just the tiniest bit off Rogers,” said Warren, who represents the Red Bull Holden Racing Team.

Burton, Down and Grigg-Gault round out the top half of the standings.

The penultimate round of the series will be held next Tuesday night at British tracks Silverstone, Oulton Park and Brands Hatch.

23/09/2019
Related Content
BJR driver steps up Eseries effort  ›
05/11/2019
Stay In The Know
Sign up to the Virgin Australia Supercars Championship Newsletter
This website uses cookies to improve your user experience. By continuing, you will be providing your consent to our use of cookies.Ok