Matthew Bink can seal the 2018 Boost Mobile Supercars e-series next time out, with a round to spare, after another strong run in the US.

Bink's advantage at the top grew from 44 to 48 points across Round 6 of the inaugural competition, in which he grabbed two more wins and a fourth.

If he can stretch that advantage to 60 points during Round 7 next Tuesday evening, he will take an unassailable advantage into the November 20 finale.

His Sonoma victory came from fifth in the reversed-grid twilight affair, pitting early and putting the subsequent clean air to good use.

The championship leader shared the front row with Andrew Dyson (Ssemper) for the Indianapolis finale, but fired down the inside at the first corner to take the lead.

Bink controlled the race from there, moving his haul to six wins from 12 starts, with fourth still his lowest result.

"Road America was a bit disappointing, happy to get away with the [Sonoma] win," Bink said.

"[Indy] was excellent. Lights-to-flag, I'm happy with that one.

"They were going to make it hard, but they all got mixed up with each other on the exit of [Turns] 1 and 2 [on the opening lap], so I got away a little bit.

"It was probably the strongest race I've had all season, most of them I've had Adrian [Yalpi] right behind." 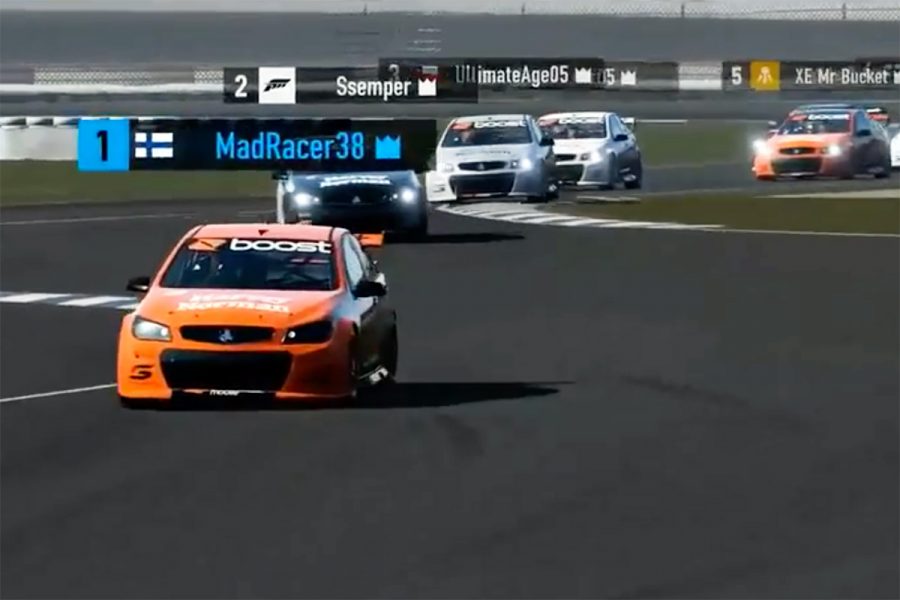 It leaves Bink with a 48-point advantage, with 120 up for grabs across the remaining two events.

"The fact I've been able to build a buffer with two rounds to go, that's been a good surprise," he said.

"Hopefully I can get another win at each of the last two rounds and I'll be pretty confident from there."

After finishing second in all three races, Dyson slots into second in the points, displacing Adrian Yalpi (UltimateAge05).

The pair are now split by four points, Yalpi having started the night two ahead and taking out the Road America opener.

He put an undercut to good use to jump polesitter Jacob Harvey (Har05) and rounded out his evening with a fourth and a third.

Harvey had to settle for third at Road America, then fifth at Sonoma and fourth at Indy, and remains fourth in the points, 34 behind Yalpi.

Mark Pretty (XE Mr Bucket) took his first two podiums in the preceding round, and added to his tally with third at Sonoma.

The Boost Mobile Supercars e-series crosses the globe in Round 5 next Tuesday, with races at the Nurburgring, the Rio de Janeiro street circuit and Yas Marina Circuit.

In the meantime, the Boost Mobile Cup Series – open to all comers on Forza Motorsport 7 on Xbox – continues this evening. 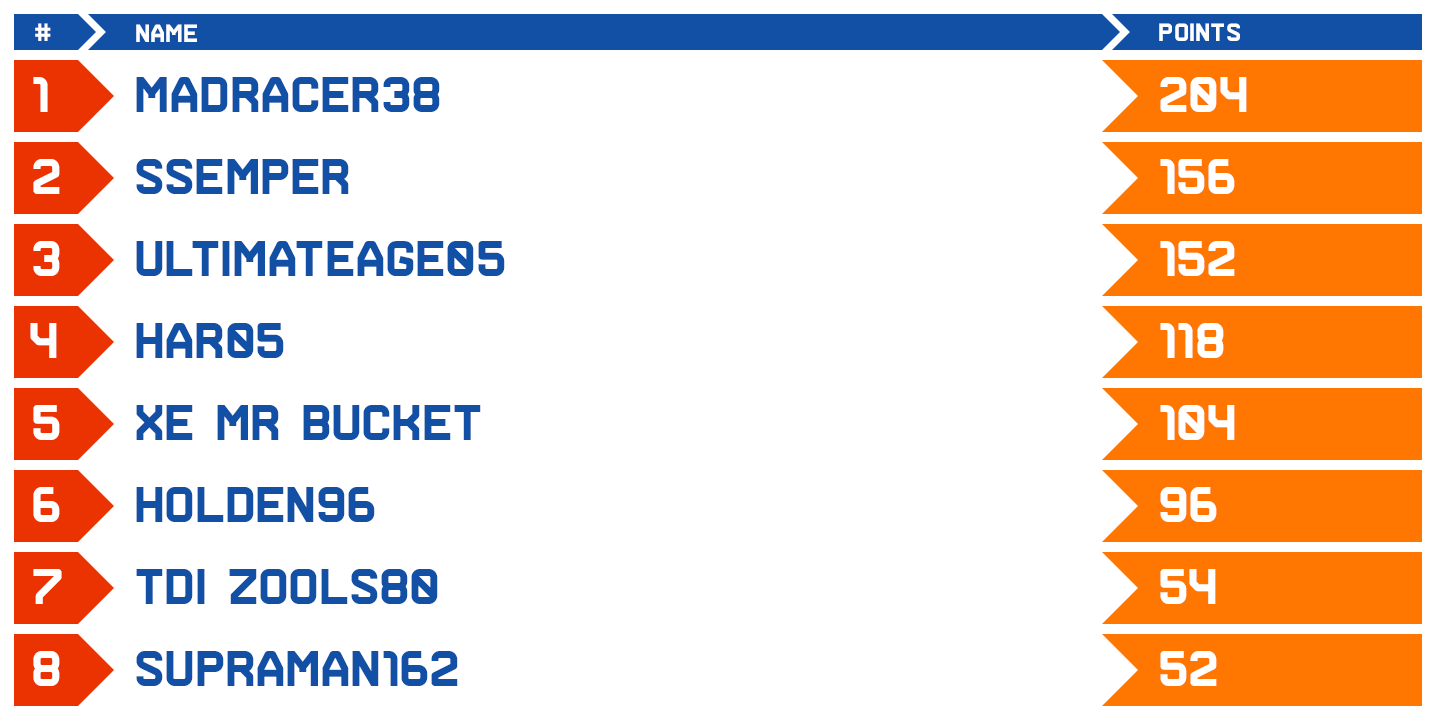 07/10/2017
Related Content
US drama as e-series reaches halfway mark  ›
31/10/2018
Bink extends e-series lead through Europe  ›
24/10/2018
Supercars e-series leader’s racing double-life  ›
23/10/2018
Bathurst battle highlights e-series kick-off  ›
17/10/2018
Stay In The Know
Sign up to the Repco Supercars Championship Newsletter
We use cookies to ensure that we give you the best experience on our website. If you continue to use this site we will assume that you are happy with it.Ok