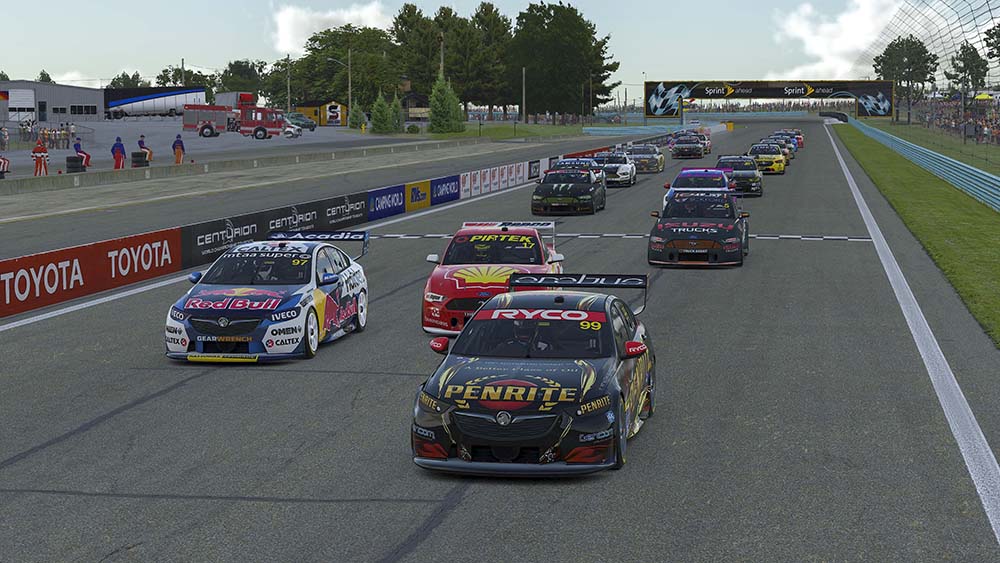 Holden drivers claimed victory in all four races in this evening's 4th round of the BP Supercars All Stars Eseries.

It was a chaotic night on track, with several multiple car pileups causing mass damage on the Montreal and Watkins Glen (USA) circuits.

The three drivers may tipped to be at the front before the series began; Scott McLaughlin, Shane van Gisbergen and Anton De Pasquale were the stand out performers of the evening.

Van Gisbergen's good run of form continued, winning the opening race of the evening to take his tally to four wins from six races. He also claimed one other podium on the night.

McLaughlin redresses, and Anton gets by! 😲#VASC pic.twitter.com/IigdPsyKDP

Ford Mustang driver Cam Waters was named the driver of the round, claiming a $1000 prize for his charity of choice.

De Pasquale started from pole and jumped out to the lead, but the windy Montreal circuit takes no prisoners in the early corners.

The #99 Penrite Commodore fired onto the grass on the second corner which meant he slipped behind van Gisbergen and McLaughlin.

From there the trio took turns at taking pit stops until the final lap where it went down to the wire.

Van Gisbergen led into the final corners but was nudged off track by McLaughlin near home.

The Championship leader was forced to give up top spot by Driving Standards Observer Craig Baird.

Marcos Ambrose, who suffered technical issues on his simulator during qualifying, started his first BP All Stars race from pit lane and finished in 22nd place.

Race 2 of the night began with complete carnage, with almost the entire field caught up in accidents on the opening corners following the reverse grid start.

Wildcard Joey Logano, who races with rolling starts in the US, was the main culprit, spinning off the start line from 2nd on the grid, meaning cars were going everywhere trying to avoid the 2018 NASCAR Champion’s Mustang.

Fabian Coulthard managed to avoid the dramas and held the lead before the safety car was called in, however the #12 Shell Mustang didn’t use pit lane under the safety car.

McLaughlin, van Gisbergen and De Pasquale suffered so much damage they were forced to pit for repairs on lap 5.

Once Coulthard pitted, it was Chaz Mostert who took the lead, with Waters 2nd and Goddard claiming his first podium result in 3rd place.

Mostert held on to claim the win, his first in the BP Eseries. Goddard and Waters rounded out the podium, while McLaughlin, the Championship leader finished back in 25th position.

De Pasquale, McLaughlin and Lee Holdsworth jumped out to the early lead, van Gisbergen slid back to 6th position before the first corner.

McLaughlin pitted before De Pasquale hoping for the undercut, but the Penrite driver came out in front after his pit stop late in the race.

Van Gisbergen fought his way back into third spot.

Jamie Whincup rounded out the Commodore clean sweep of the evening, winning the reverse grid race at Watkins Glen.

The start was chaotic, Will Davison spinning off the track in the opening corners along with Coulthard.

Whincup, who started in 8th position slowly made his way to the front where he had a battle with Dunlop Super2 rookie Angelo Mouzouris.

Whincup held off the rookie and went on to claim his first Eseries race win. 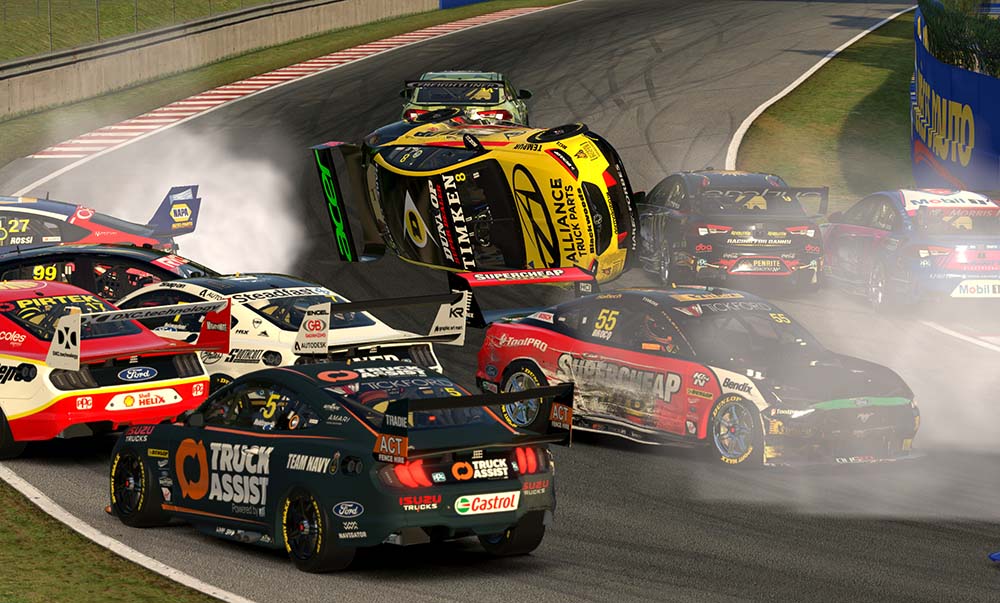 Cam Waters was fourth, meaning he was the ARMOR ALL Driver of the Round, taking home $1000 for his charity of choice.

28/04/2020
Stay In The Know
Sign up to the Virgin Australia Supercars Championship Newsletter
We use cookies to ensure that we give you the best experience on our website. If you continue to use this site we will assume that you are happy with it.Ok