Should Shane van Gisbergen be unable to compete at this weekend's Penrite Oil Sandown SuperSprint, he can look to the other side of the garage for championship inspiration.

Van Gisbergen is racing the clock to race this weekend following a collarbone injury sustained in a mountain biking accident.

While slated to race at Sandown, the chance remains for van Gisbergen to register zero points should he fail to take the grid on Saturday, which would mark a major blow to his title bid.

However, not all would be lost, should van Gisbergen consider recent precedent.

The Kiwi's Red Bull Ampol Racing teammate, Jamie Whincup, effectively missed an entire round in 2008, yet still won the title in a canter. 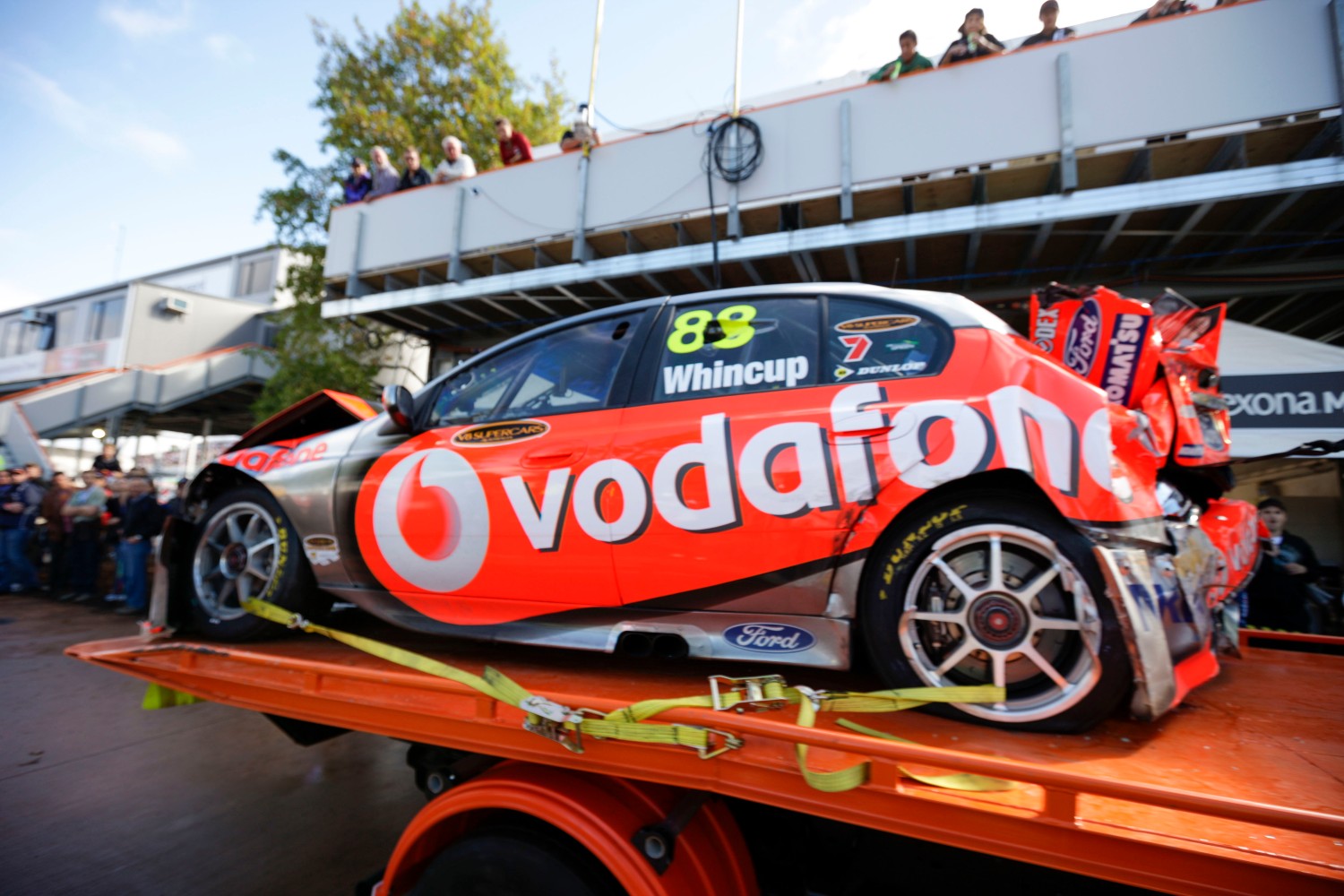 Whincup clean-swept the season-opener on the streets of Adelaide, and arrived in Hamilton as a title favourite.

However, it was all taken away from him in a heartbeat following a horrific Saturday morning accident, consigning him to the bench for the weekend.

The inaugural visit to Hamilton proved to be a nightmare for Whincup and Triple Eight, with the #88 TeamVodafone Falcon heavily damaged following a tangle with Todd Kelly.

Kelly bowled a wide at Turn 5, and clipped Whincup into the exit concrete when he attempted to rejoin the circuit. 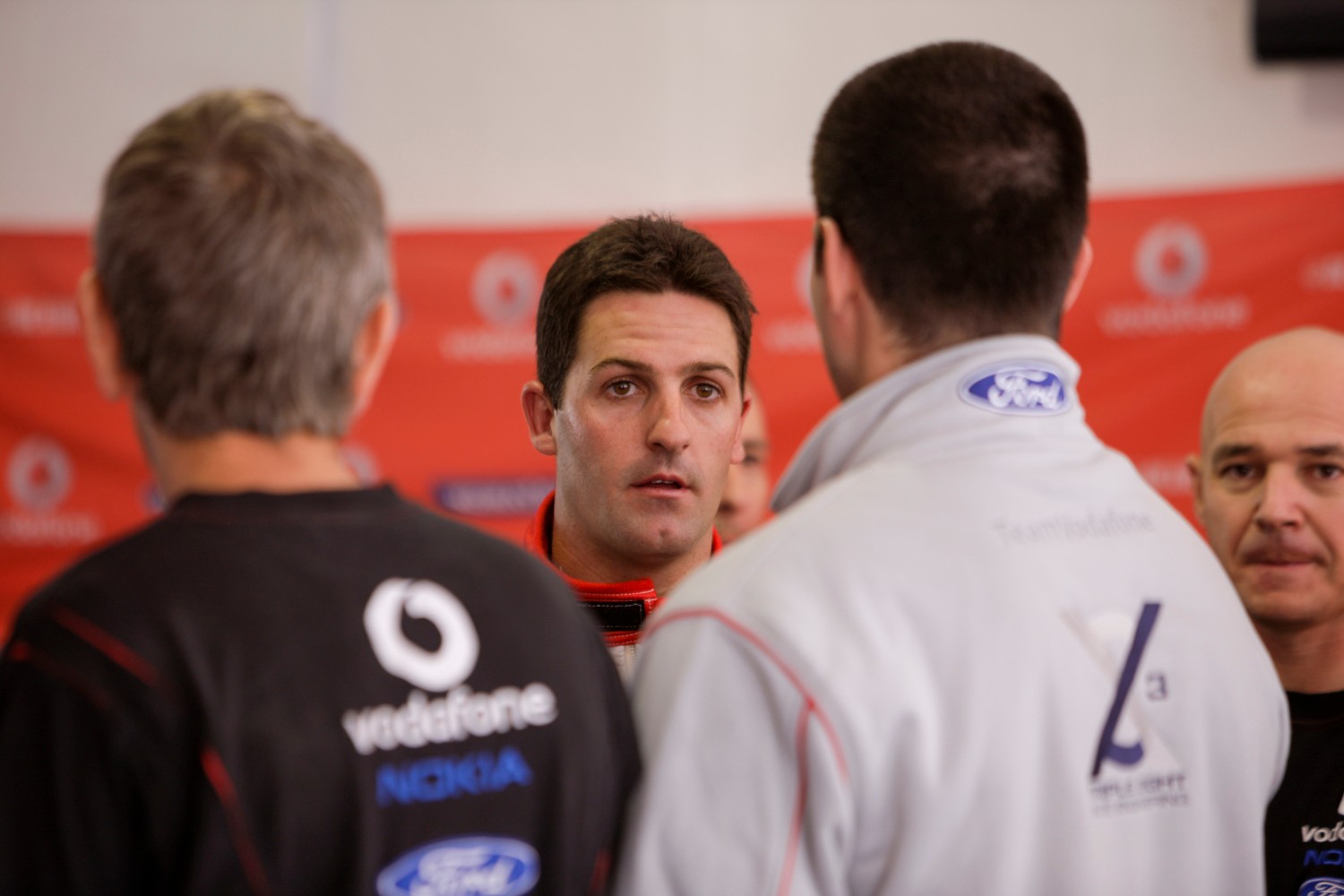 So severe was the impact, that Whincup's car pushed the concrete block back almost a metre.

As the cameras zeroed on Whincup's steaming wreck, it became clear just how serious the situation was.

Whincup was unhurt, but when the car was withdrawn from the event, he was devastated to see his title hopes seemingly go up in smoke.

"Some days are tough," he said after the crash. 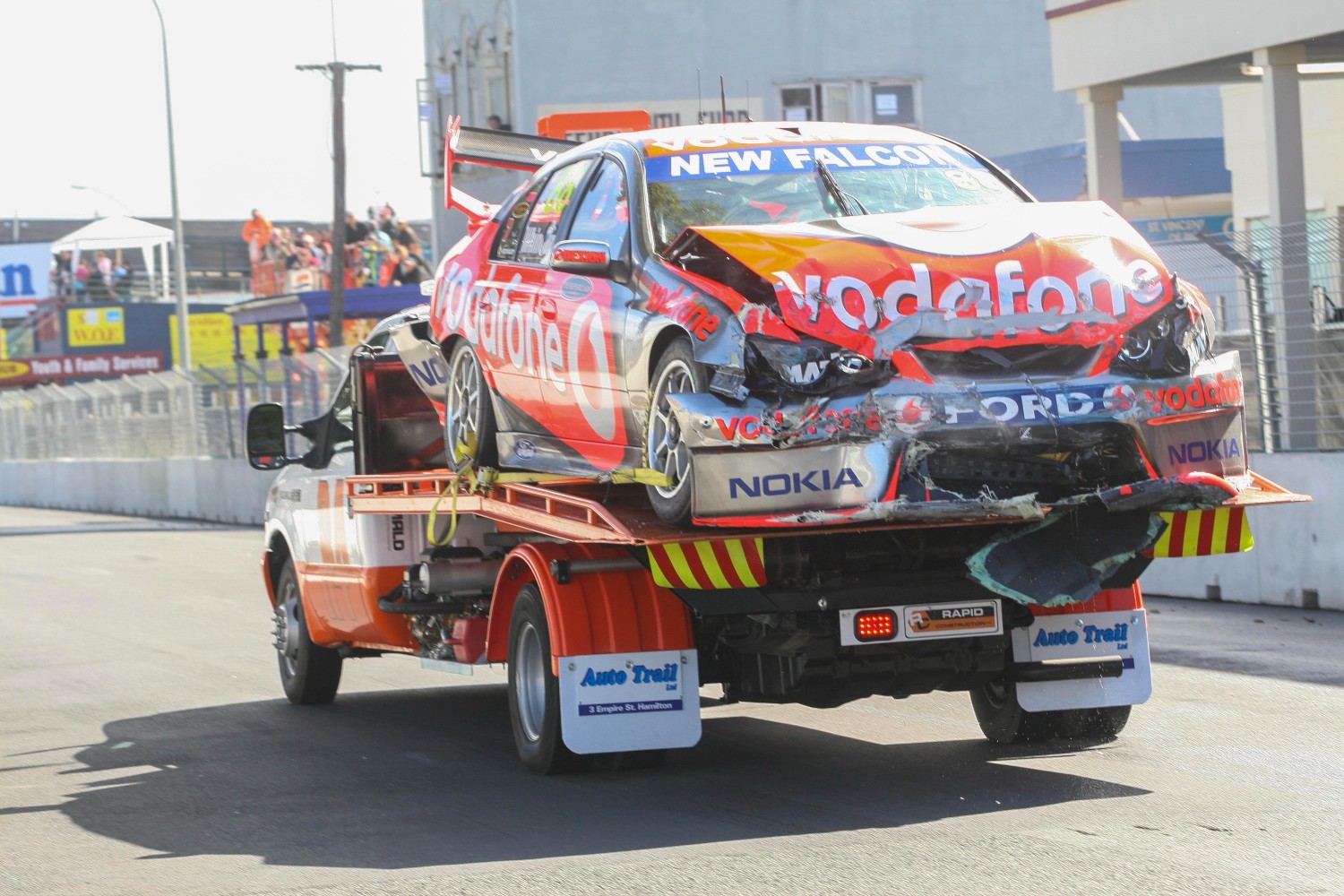 Whincup's accident was a shocker

"Unfortunately, in sport, you have your highs and lows, and today was one of the lowest days we have had for a long time.

"It was a big hit and the car sustained quite a lot of damage, but the safety equipment did a great job and I have come out of it 100 per cent okay.

"Of course, I am bitterly disappointed as the car was amazing and it is hard to sit on the sidelines and not be out there doing the fun bit and racing your mates." 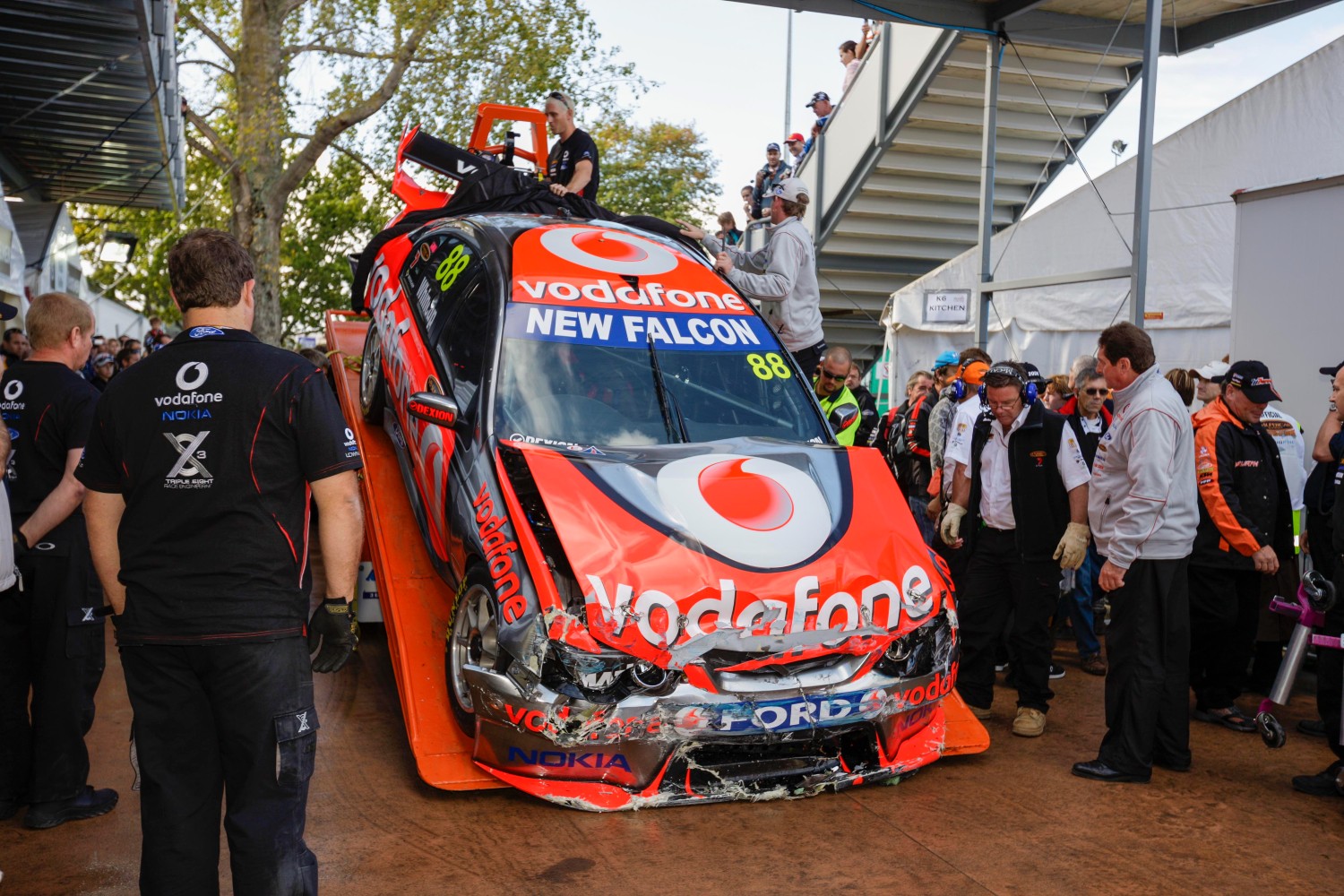 The TeamVodafone Falcon was in bad shape

From there, Whincup scraped himself off the canvas to piece together a remarkable charge to a maiden drivers' title.

The then 25-year-old won 13 of the final 29 races of the season and clinched the title at the Oran Park finale with two races to spare.

Whincup, after being 132 points down following his Hamilton disaster, won the championship by a staggering 253 points. 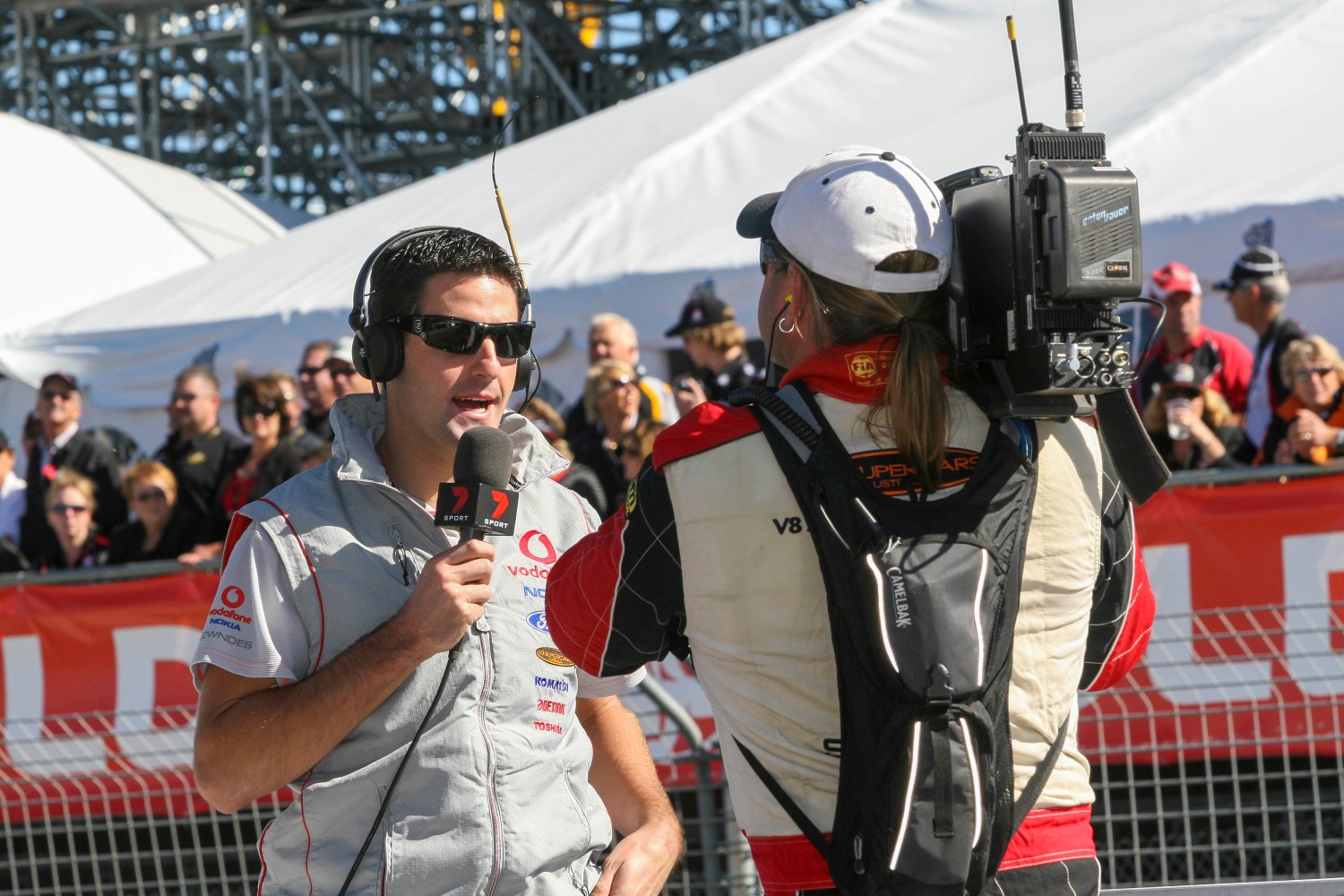 Whincup joined the Seven broadcast for the weekend

So impressive was his comeback, that he was back in the lead of the championship after Bathurst, and missed the top three just nine times in 29 starts following the Hamilton treble of DNS results.

Van Gisbergen is slated to race this weekend, but will be the centre of attention as the focus turns to Practice 1 at the Penrite Oil Sandown SuperSprint at 9:20am on Saturday. Tickets are on sale now.