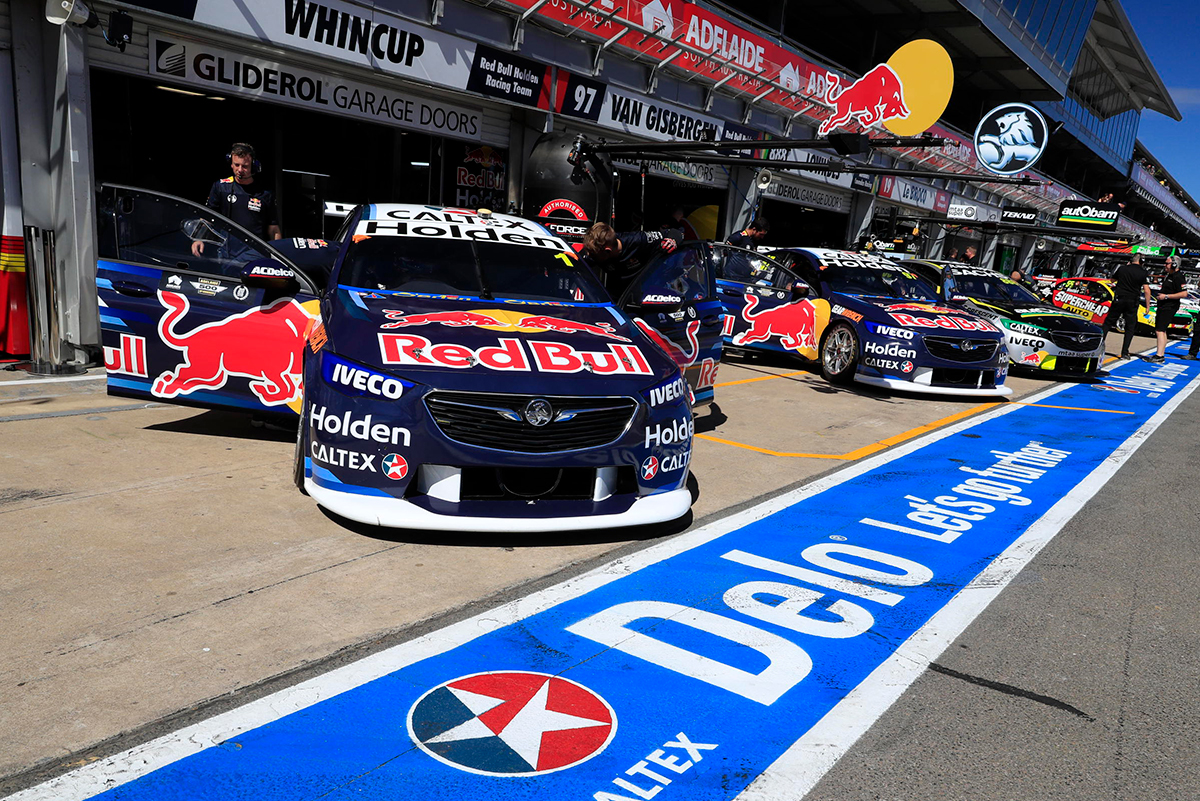 Ford Supercars teams Shell V-Power Racing and Tickford will push to re-homologate panels on their Falcons amid claims that the new ZB Commodore has a weight advantage.

The ZB took ARMOR ALL Pole Position and a race victory on debut on Saturday, scoring a one-two in the opening 250km leg of the Adelaide 500.

Panel weights have been a major talking point in the paddock over the weekend, with the Shell team most vocal about a claimed centre-of-gravity difference between the vehicles.

Holden’s ZB, which has debuted three years after the current FG X Ford Falcon and five after the Nissan Altima, is the first Supercar based off a hatchback road car.

While all cars feature composite doors, front guards and rear quarter panels, the ZB features an array of other composite parts, including its roof, that are steel on the Falcon and the Altima.

All cars must comply with a minimum overall vehicle weight, but any differences in panel weights would impact the centre-of-gravity and therefore performance. 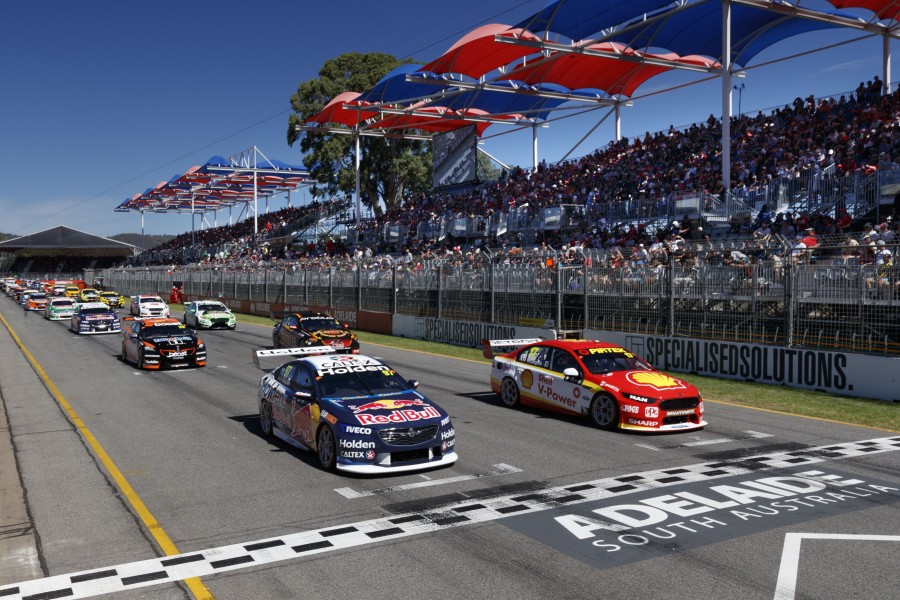 “We've become aware of it over the course of the past week and it's something you need to address.

“At the end of the day, centre-of-gravity is king in any racecar so it's something we need to address and do so as quickly as we can to ensure that we address a modest imbalance.

“We're not ultimately responsible for it as the homologating team, but it's something that we're pushing for and we work very, very closely with [Tickford] as is well known.

“I think a precedent's been set with some of these panels, and if we're going down the path of ensuring that we have parity, we just need to ensure that what's good for the goose is good for the gander. And the series knows that.”

Supercars’ sporting and technical manager David Stuart elected not to comment on the weight debate while the category sorts through the situation with teams.

Stuart and his staff were seen in the Adelaide paddock weighing panels from both the Red Bull and Shell V-Power teams on Saturday night, rechecking the already recorded figures. 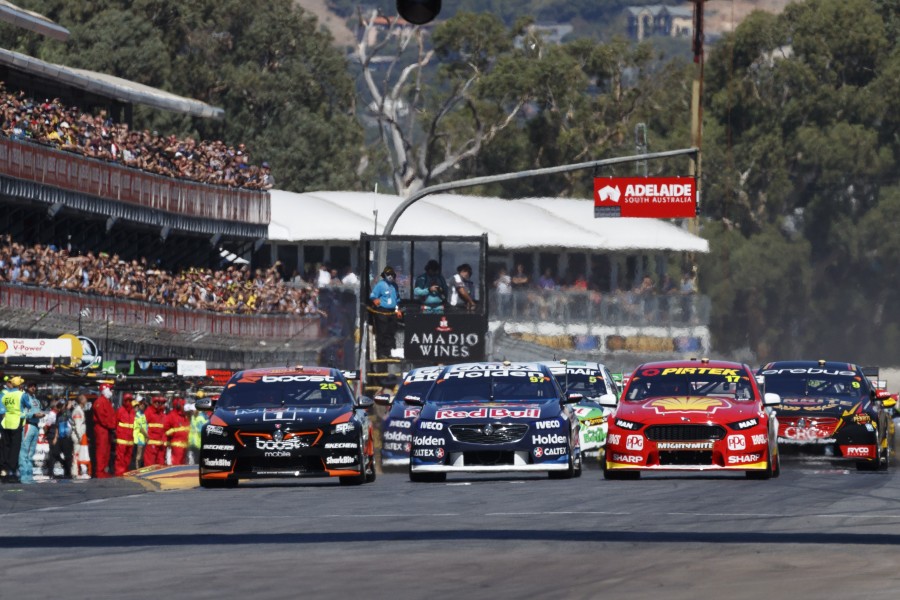 “Supercars' technical department did their due diligence by getting all of the panel weights,” he said.

“They did a bonnet, a windscreen, a roof, a rear screen, for us a rear hatch, for others a bootlid, a wing, all the different elements and then added them together.

“What people may not realise is the hatch has big, heavy hinges that aren’t visible. It’s extra support on the roof, because the wing is trying to pull the hatch off.

“So Supercars did a study, measured all the panel weights, spoke to the various teams and manufacturers and the ZB, from my understanding, isn’t the lightest.”

Tickford boss Tim Edwards, who is on the Supercars Commission, added that “there’s certainly a few weight issues that we need to work through with Supercars”.

Edwards said the process will involve applying to Supercars for permission to swap steel Original Equipment panels and parts with composite versions, where possible.

Such a change was already made to the Falcon last year, specifically the rear-light buckets, due to difficulty obtaining the OE part.

There is, however, a limit to what can be changed with the Falcon. The car has an uncertain racing future, given production of the road car ceased in 2016. 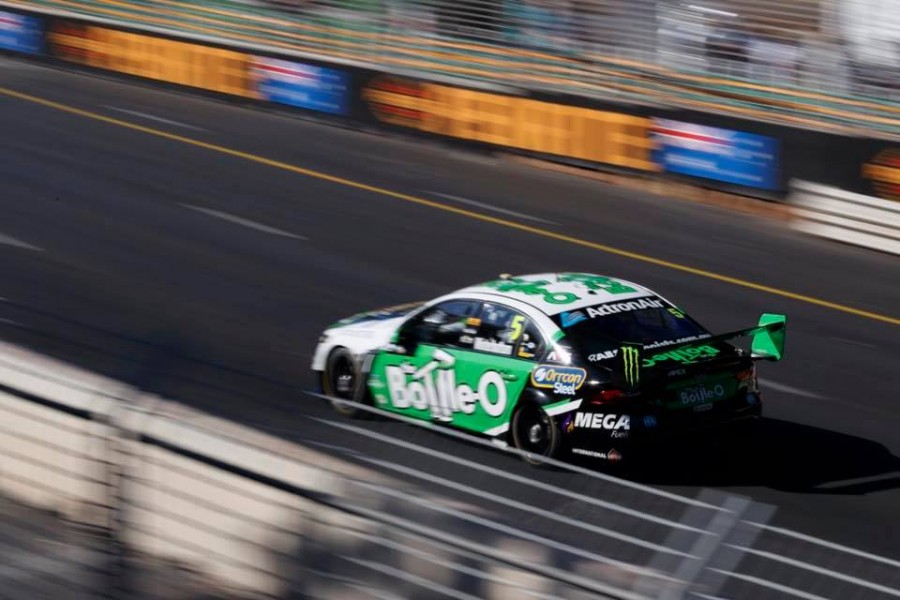 “There’s no doubt that due to some of the supply issues they’ve had to go a certain path with that Commodore and it’s ended up with a long, long list of composite parts on it that we don’t currently have,” said Edwards.

“We’re certainly not going to be changing huge numbers of parts on our car, because it’s the way the car is designed.

“For instance, you can’t change our rear firewall, because that’s just the way our cars are constructed from the outset, whereas they had to create a firewall because it’s a hatchback and it’s got a nice piece of carbon separating the cabin, whereas ours has got a dirty great bit of steel.

“That’s not the sort of thing we could even entertain changing, because unless we were changing model or building new cars, you’ve just got to live with some of those things.”

Dutton admits that the ZB is running with more ballast in order to meet the minimum weight than the VF did, but stressed that new homologations usually bring improvements.

“Yes, is the short answer, but that’s more to do with evolution and hard work than necessarily panel weights,” he said when asked about suggestions the ZB has required more ballast.

“The Wright brothers didn’t fly a 747. When we build a new model, and any year before we go racing, we work all off-season to make the car as light as possible.

“We’re in a good position and that’s a reflection of the hard work. Has the fact it’s a new model worked [in our favour]? Yes, because it’s forced us to redesign more components than we would otherwise coming into this season.

“If you’re redesigning 2,000 components as opposed to 150, if you’re saving a little bit of weight on each of those then it stands to be a saving.” 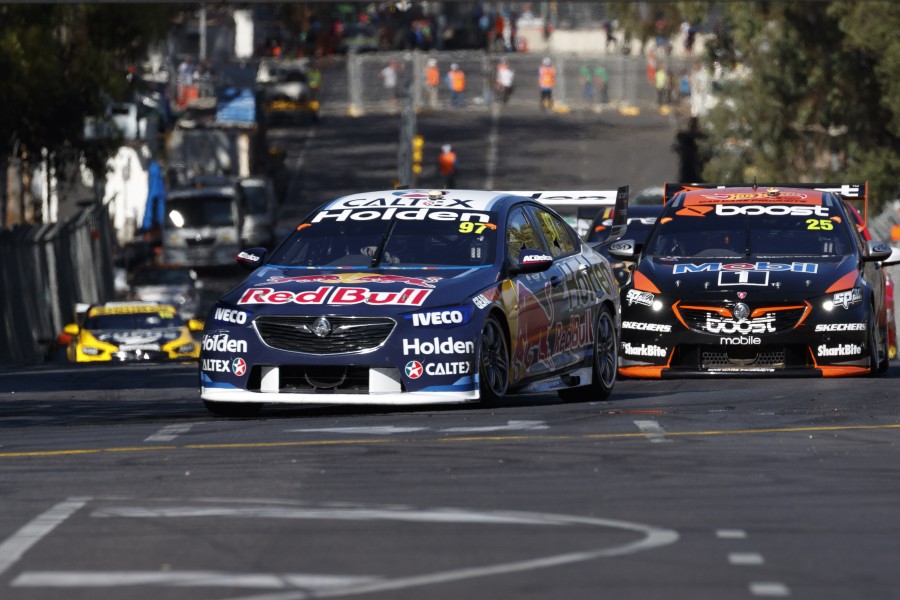 While the Ford teams are already making moves to push for changes to their cars, Nissan Motorsport co-owner and Todd Kelly is more circumspect.

Kelly, who like Edwards is also a Supercars Commission member, said he’s yet to receive official information on the Holden panel weights and is reluctant to change the Altima.

“It's not a very smart idea if a car comes in with lighter panels, so the rest of the category has to spend a heap of money to match it,” he said.

“That's the reverse of what it should be. It would be great to make these cars lighter, but that would be at great expense to the other manufacturers and other teams if we need to do that.

“It's not the right thing for the incumbent manufacturers to have to change to something that's just turned up.”