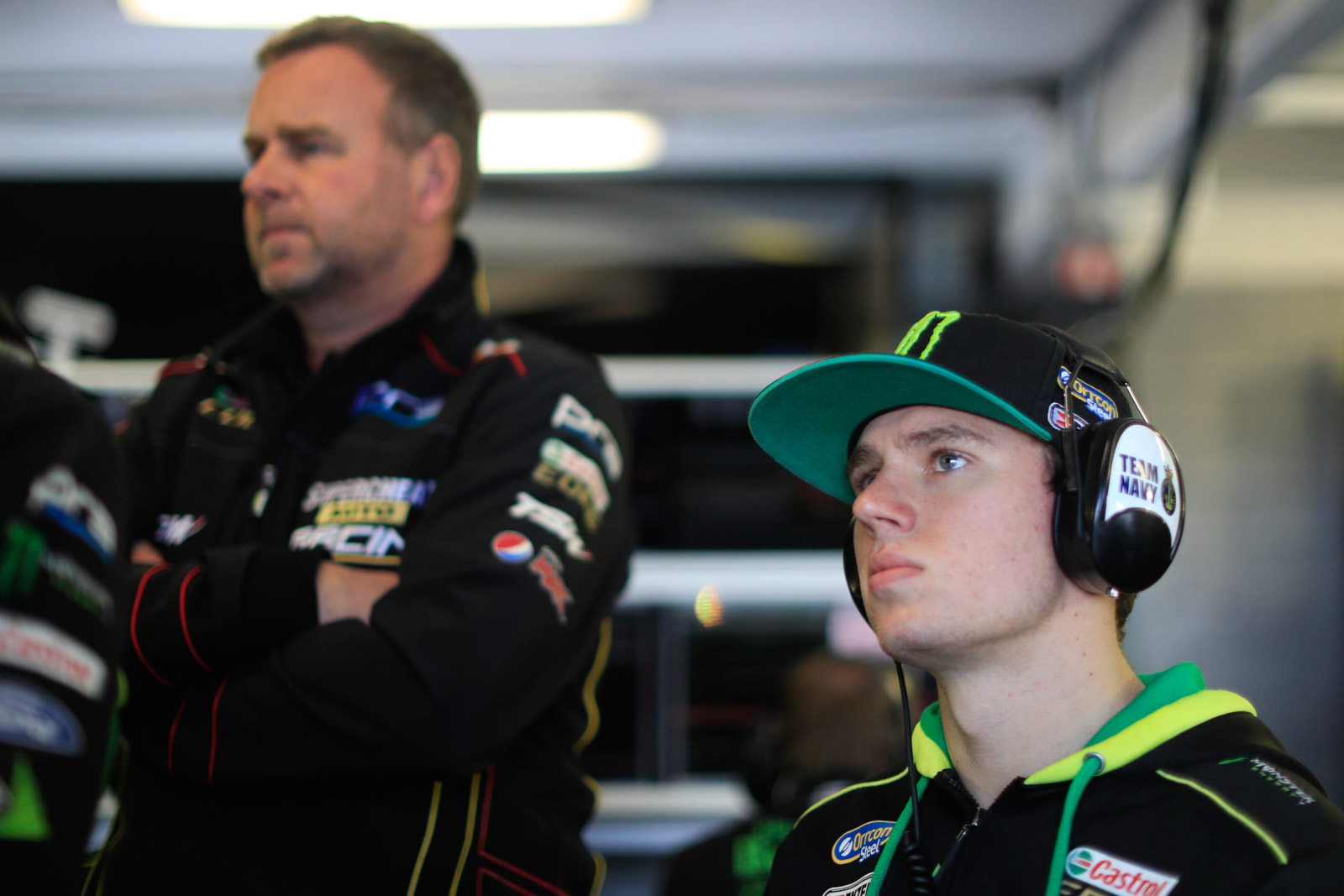 A handful of young racers impressed at the Supercheap Auto Bathurst 1000, particularly Cameron Waters and Jack Le Brocq, who came home fourth after the intense finish.

The Prodrive co-drivers were the youngest pair in the field, with Waters contesting Bathurst as a primary driver for the first time in his Supercars career.

Team boss Tim Edwards was proud of the young guns, noting that driving to conserve fuel was not something they were used to doing in Dunlop Series races.

Waters graduated from the development category after winning the title last year, while Le Brocq sits in second place this year.

“Given the queuing they had to do during the day, they did a fantastic job,” Edwards told supercars.com.

“They got caught out with that, that’s obviously where Nick [Percat in third] was very lucky because he didn’t have to queue.

“Great job, they were fast all day, they had to do a lot of fuel saving and that’s new to those guys, they’ve never had to do that before. And they did a great job.”

Waters was pleased, earning his equal best result in the Virgin Australia Supercars Championship, when he’d just been hoping to finish the treacherous race.

“I'm absolutely rapt with the result,” the 22-year old said.

“We've had a lot of bad luck recently so it's really good to get a good result for all the boys and the whole team. We were so close to third and I was trying everything I could but I just fell short.

“Rapt with it, it was so close. We'll just keep building on that and I'm just happy to actually finish and stay out of trouble and actually get a good result."

Down the road, Macauley Jones stepped in to co-drive for the second time in his career and clocked up impressive times in the CoolDrive Commodore.

Father Brad Jones, who has said in previous interviews he has been cautious of Macauley progressing too fast, was proud of the job the 22-year old did with Tim Blanchard to get the third BJR car across the line in tenth.

“He was on fire, he was really quick – he did a great job,” Jones said.

Porsche Carrera Cup points leader Matt Campbell was one to watch at Sandown and Bathurst. Nissan team owner and driver Todd Kelly was disappointed after being tapped into the sand trap by James Courtney with four laps to go from 12th position, given Campbell’s strong run.

“All weekend he has been really impressive. We had been chasing the set-up across the weekend and [by Sunday] we got it in a good place, so that makes the result even more disappointing.

“But it’s good that there were two other Nissans in the Top 10, plus the Harvey Norman Supergirls made the finish, which was great to see.”

Nissan ran the Supergirls this time around, and Simona De Silvestro and 21-year old Renee Gracie finished 14th, a solid effort for their second Supercars race.