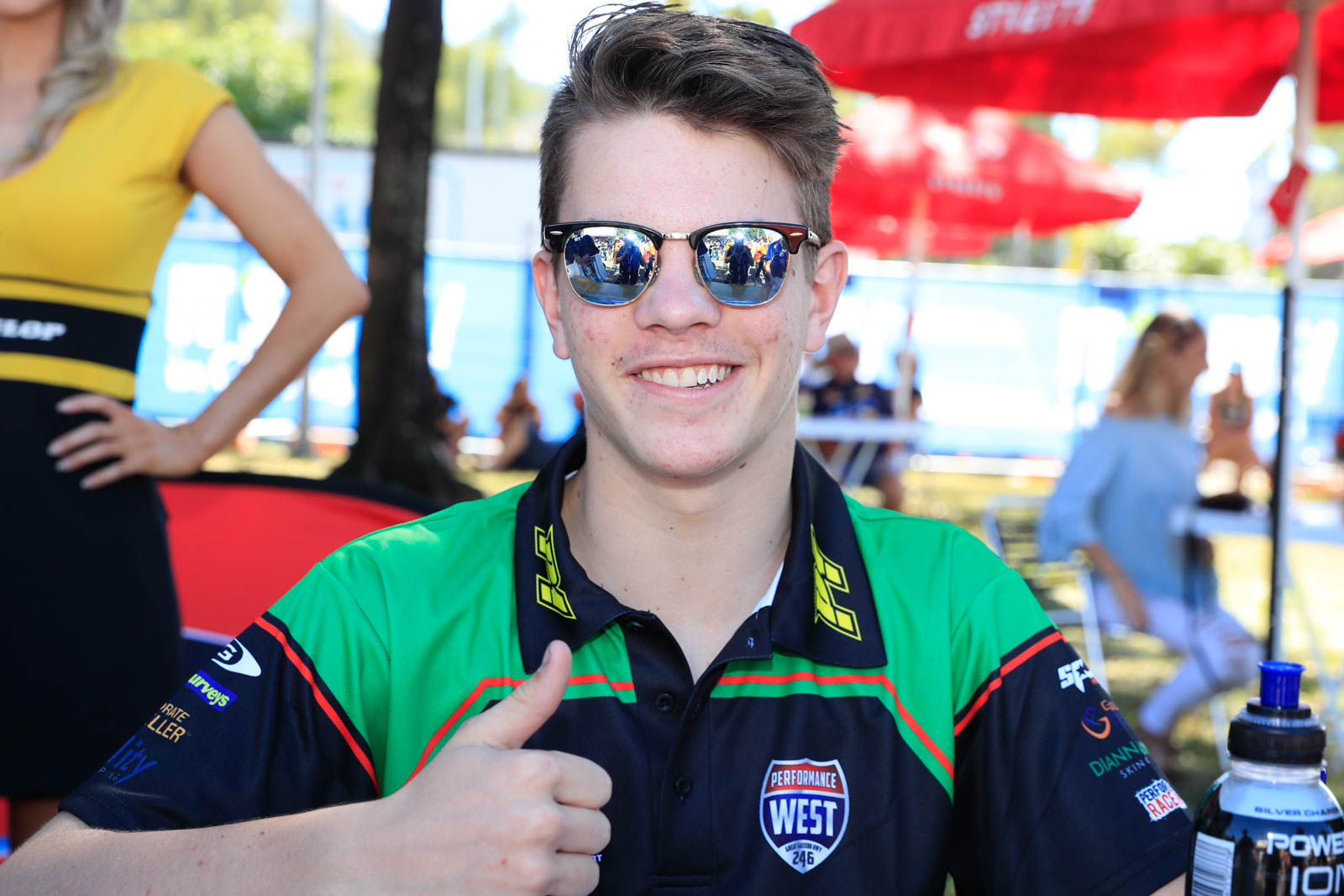 Sixteen-year-old Perth schoolboy Alex Rullo is set to become the youngest ever Supercars Championship driver after striking a deal with Lucas Dumbrell Motorsport.

Rullo steps up to the main game with the Melbourne-based squad after racing for the team in last year’s Dunlop Series.

He will tackle the Clipsal 500 at 16 years and eight months of age, surpassing by almost four months the record that has been held by Lucas’ younger brother Paul since 1999.

A karting graduate, Rullo had his first taste of a Supercar in the local Wanneroo 300 in November, 2014, before spending the following season in the Kumho Series.

“It’s always been my dream to reach the Supercars Championship,” Rullo told Supercars.com.

“It’s an awesome opportunity and I’m excited to get started and make the most of it.

“I think I’ve proven to the people around me through the Kumho and Dunlop Series that I can do it.

“I’ve known Lucas for a couple of years now and if he’s willing to put me in the car I’ve obviously shown him that I’m competent enough.

“Everyone around me, my dad and the rest of my family, they’re all backing me 100 percent.

“I’ve been training as hard as possible for Clipsal. Bring it on.”

Rullo has received special dispensation from CAMS to compete in the Supercars Championship and will be racing on a provisional license.

Team owner Dumbrell says that Rullo showed maturity on and off the track during last year’s Dunlop Series, where his entry suffered from a string of mechanical issues.

“He did a really good job last year in the Dunlop Series and it is evident he has a lot of potential,” said Dumbrell.

“For a 16-year-old, Alex shows a level of maturity beyond his years and applies this to all areas of racing.

“We look forward to watching Alex continue to grow and develop his skills as a driver throughout the year.

“With the brand new Dunlop tyre compound in 2017, all drivers will have the task of altering their driving style.

“This will be an advantage to Alex as all drivers will be virgins to the new compound.”

Rullo will remain based in Perth during the season, undertaking Year 12 studies at Trinity College.

“It was already hard last year and missing a fair bit of school, but I’ve got pretty good subject selection and I should have it all covered,” he said of juggling the two commitments.

“The school is very supportive of it, including my teachers.”

Rullo will have his first test of the season at Winton on February 16, with his main series entry set to run the #62 that he has used since karting.

The number is a reference to that carried by the character Ricky Bobby in the NASCAR-themed 2006 movie Talladega Nights.