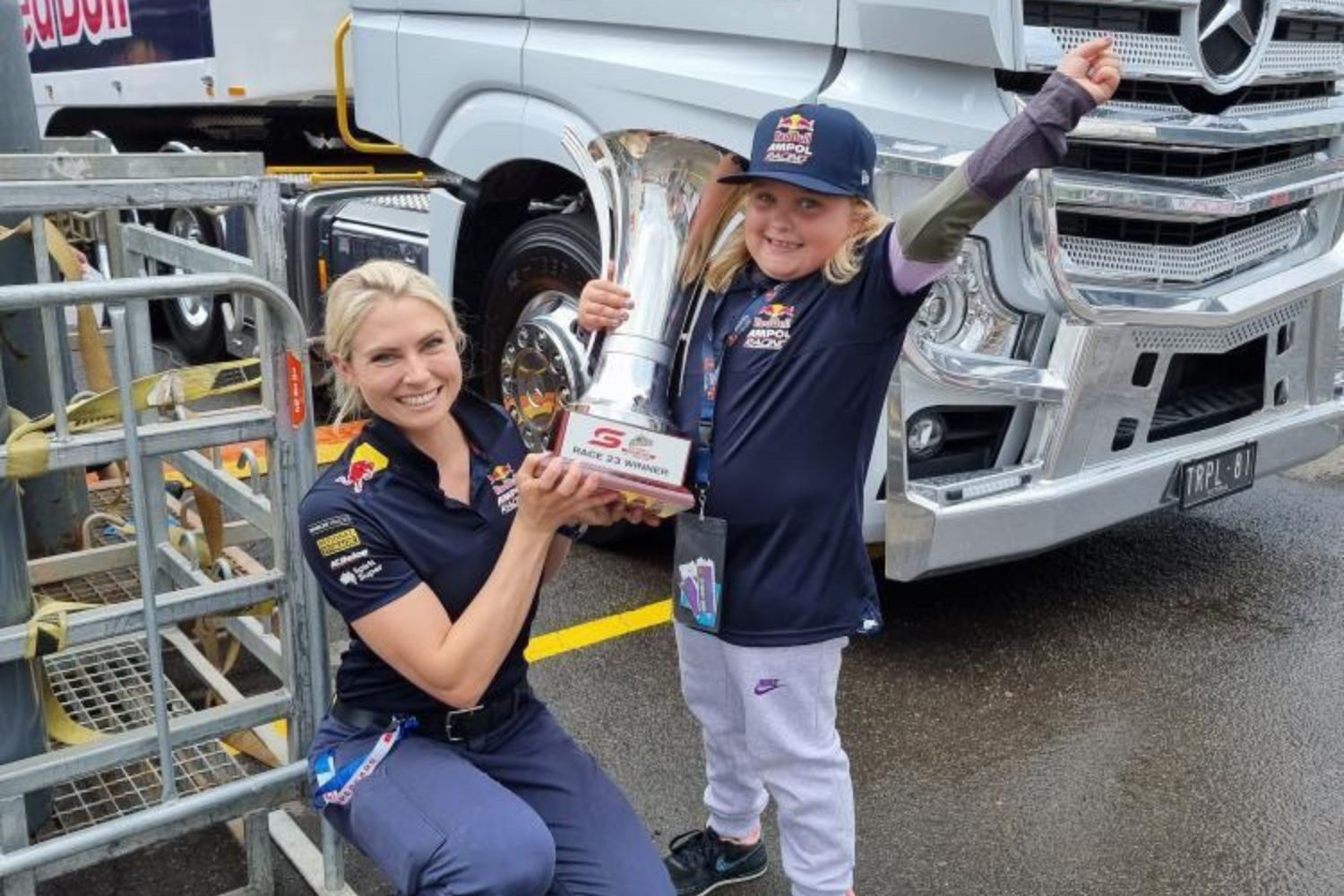 A young Red Bull Ampol Racing fan has been given an experience to remember, getting up close with Shane van Gisbergen's car and winning trophy.

She also got a photo with Triple Eight co-owner Jess Dane and van Gisbergen’s trophy.

"It was awesome," Nicola told Supercars.com.

"I asked to see the trophy and the team organised it for me.

"I have been a fan of Jamie [Whincup] and Gizzy  for two years."

It was a thrilling experience for Nicola who attended her first Bathurst 1000 last year.

The father-daughter duo braved the elements to watch the rain-soaked Race 25, which was won by Jamie Whincup. 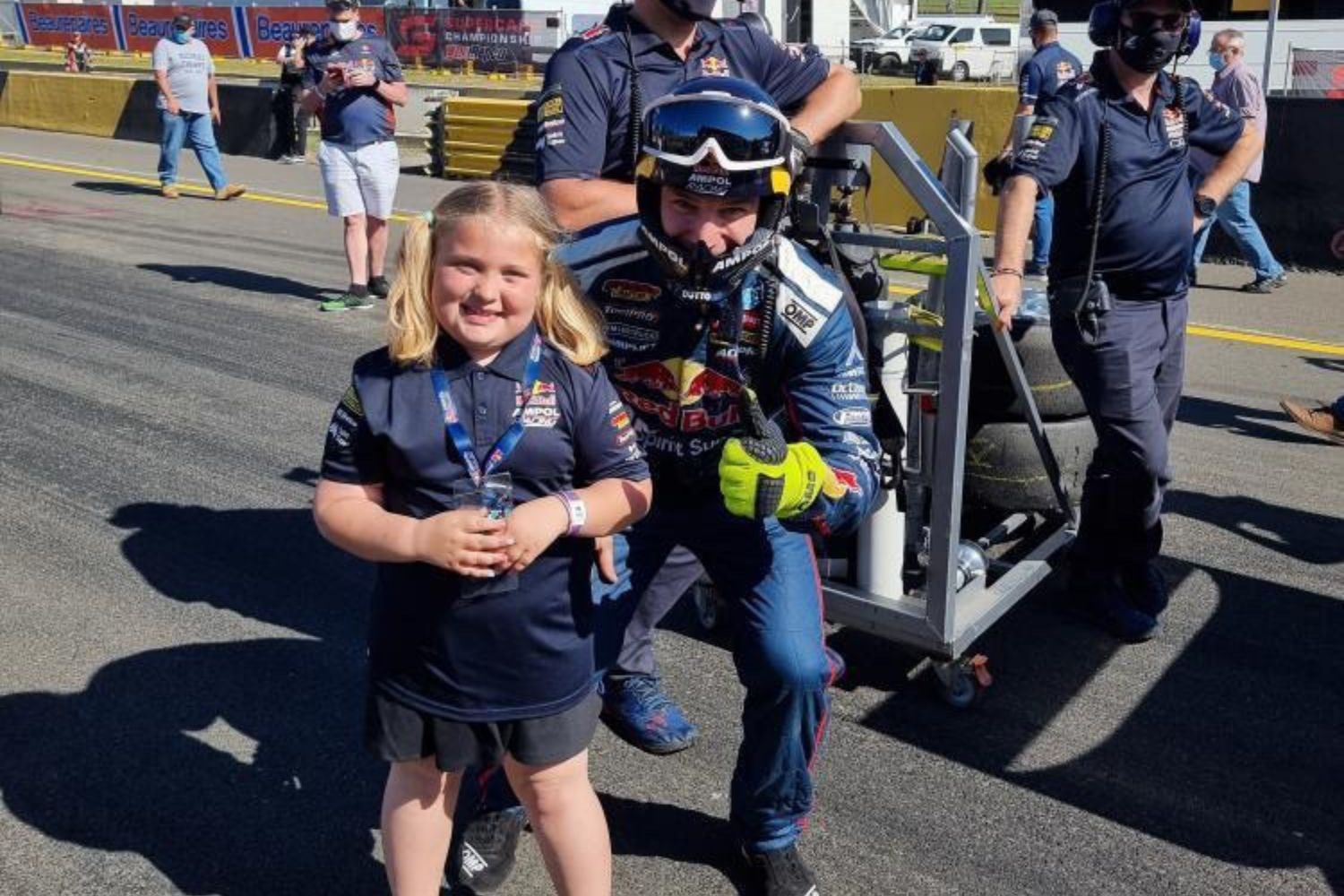 Nicola and Mahlon watched all the action from the pit lane roof.

"The green Holden Motorsport that I bought is probably where it all began," Mahlon said of his daughter's interest in Supercars.

"First, she was interested in Holden, then in motorsport.

"Her favourite driver is Jamie Whincup, but Shane keeps winning, so Nicola might have two favourites now."

They plan to attend all four weekends at Sydney Motorsport Park, before travelling to Mount Panorama for the Repco Bathurst 1000. 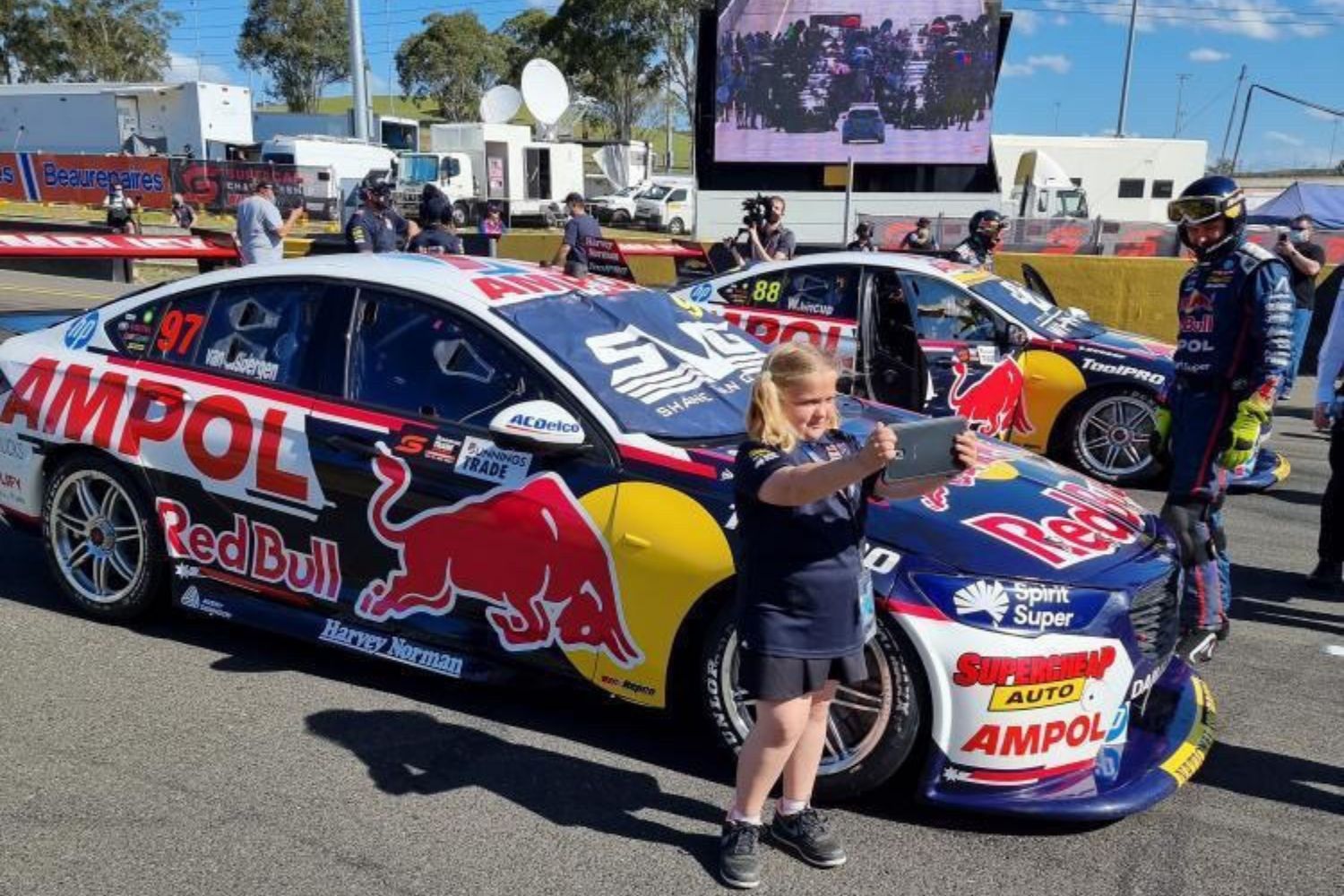 The two-day three-race event is offering family discounts, with a family pass on offer for just $98 (two adults, two children - 15 & under).

Tickets for the two upcoming Sydney events are on sale now.